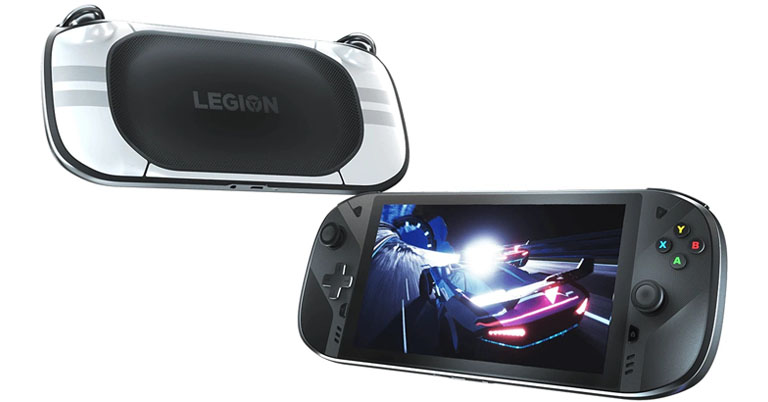 After successfully venturing into the growing gaming smartphone segment, Lenovo is reportedly eyeing the console market. Here, we will be discussing the company’s upcoming gaming console dubbed Lenovo Legion Play, including its leaked features and specs.

The biggest leak about Lenovo’s gaming console comes from Liliputing, which not only named the device but also revealed its design and some key specs. From the looks of it, Legion Play will be a handheld gaming machine that will take on Nintendo Switch and the recently launched Valve’s Steam Deck.

Unlike the two, Lenovo Legion Play will boot on Android, making it the first Android cloud gaming console. It is built around a 7″ display with FHD resolution and HDR10 support on board. Controls are built into either side of the screen. There are two additional trigger buttons on the shoulders.

Other features of Legion Play include dual-speakers, dual vibration motors, and a massive 7,000mAh battery. The latter will charge via the USB-C port that’s at the bottom of the console. It also houses an audio jack and a built-in microphone for in-game voice chat. Though there is support for Wi-Fi and Bluetooth, cellular connectivity looks to be missing here.

The leaked images show support for YouTube, Google Drive, and Chrome, which is not that surprising given it’s running a special fork of Android. That being said, it also shows support for GeForce Now, which is NVIDIA’s cloud gaming platform.

The launch of Lenovo Legion Play—or at least its showcasing—was originally planned for Mobile World Congress (MWC) 2021. However, the company has not unveiled it yet for some undisclosed reason. Lenovo has even removed information related to Legion Play from its Japanese and German websites. Thus, we are not sure if Legion Play will see the light of the day.