LG has been at the top of the OLED TV industry both as a manufacturer and a supplier. However, the company faced its real competition in years when Samsung announced the QD-OLED technology last year. To cement its position at the top, LG has now announced its OLED TV lineup at CES 2023 with brighter screens and more functions. Here, we will look at the LG OLED TV lineup, including the new G3, C3, Z3, and B3 series.

The new G3 series succeeds last year’s G2 as the most premium offering in the LG OLED TV lineup. LG plans to sell G3 in five main screen sizes: 55”, 65”, 75, 83”, and 97”. The main selling point of 2023’s G series is the new Brightness Booster Max technology. As per the company, it allows the evo OLED panel on the G3 to get up to 70% brighter than the conventional OLED found, say on the B3 series.

However, this increase in brightness is only available in G3 OLED TVs ranging from 55″ to 75”. The higher-end 83” and 97” do not get the Brightness Booster Max tech and thus are only 30% brighter than regular OLED.

LG has even changed the visual aspect of the G series. The new G3 OLED series now sports a “One Wall Design” that leaves just a tiny gap between the TV and the wall when wall-mounted. 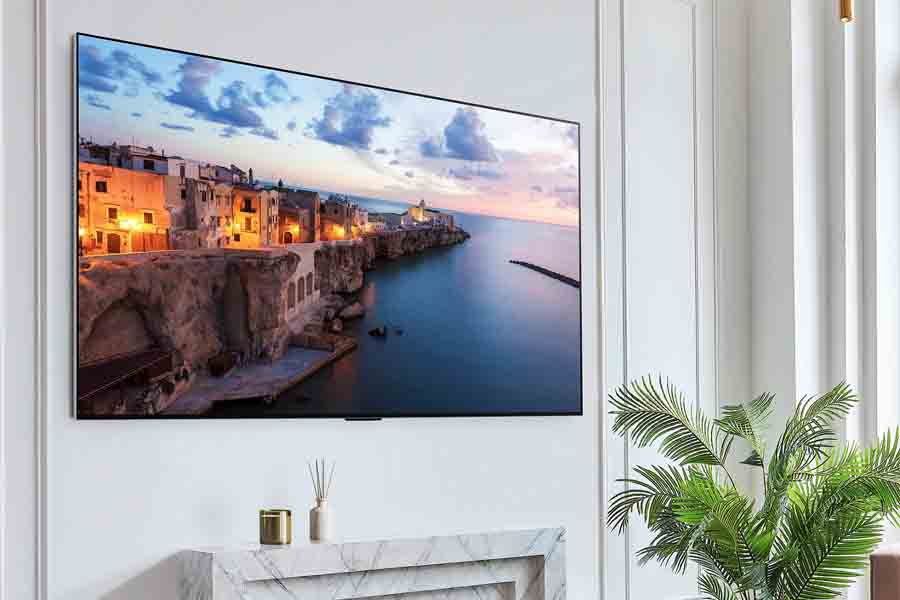 LG is yet to confirm any major display specifications on the rest of its OLED TV (2023) lineup other than the use of the LG OLED evo panels on the Z3 and C3 series. Last year’s Z2 TVs used the older EX panel, so we expect the Z3 series to be considerably brighter and more color accurate.

Moving on, LG has already used the evo panels on the C2 series and hasn’t confirmed any major improvements on its successor. So, we expect C3 to remain mostly similar to 2022’s C2 with some slight bump in brightness level.

Unlike last year, there is no A series in the LG OLED TV portfolio. As a result, the B3 series is now the entry-level offering. Most likely, LG is still using the less-brighter OLED EX panel paired with an older a7 Gen 6 processor. That said, it still boasts support for 4K at 120Hz for budget users. The new G3, Z3, and C3 OLED TVs are all powered by the new a9 AI Processor Gen 6 processor. LG has utilized the Deep-learning capability of the processor by introducing a couple of AI features. There is AI Picture Pro with picture upscaling and dynamic tone mapping. It is also said to help achieve more realistic HDR effects through object refining.

LG is also relying on the new AI Sound Pro feature to deliver an immersive sound experience through virtual 9.1.2 surround sound from within the TV’s built-in sound speakers.

Over on the software front, LG has revamped the home screen on the 2023 OLED TV lineup to a new “All New Home.” The latest webOS 23 platform now offers personalization and convenience features such as Quick Cards and AI Concierge.

LG continues the support for Dolby Vision and Dolby Atmos on its OLED TV lineup for 2023. In addition, new LG OLED TVs will now offer seamless integration with LG soundbars. Users can now combine the output of the external soundbar and built-in speakers for a better sound experience.

As for connectivity, the LG OLED TV lineup (2023) bring up to four HDMI 2.1a ports. They are also among the first TVs certified for Quick Media Switching VRR (QMS-VRR). This new tech gets rid of the occasional black screen you get when viewing contents off external devices via the HDMI 2.1 port. For gamers, the new TVs boast a 0.1ms response rate and come equipped with Game Optimizer.