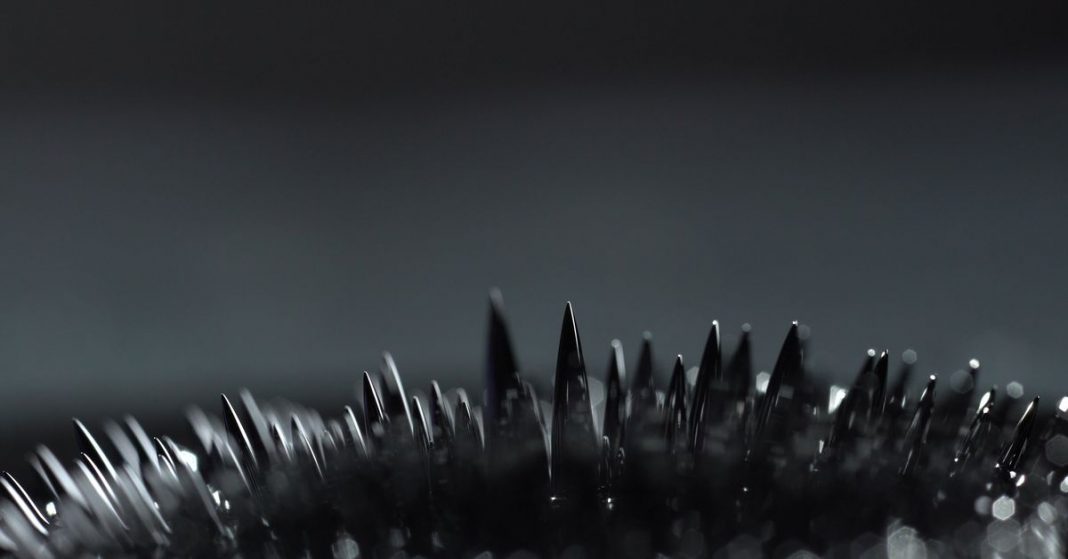 Liquid magnets, is that even a thing? Well, it is and has been for a while. Previously, they needed a constant external magnetic field to show magnetic properties. However, a new development reveals the first ever-magnetic liquid magnet.

A liquid magnet is made up of nano metal particles. But they behave as a magnet only in the presence of a magnetic field. However, by using a special oil-polymer mixture, researchers at the University of Massachusetts, have succeeded in jamming the particles close together at the surface. This resulted in a forever magnetic liquid magnet.

This discovery cames as a result of hard perseverance of seven years. The researchers aimed to transform paramagnetic ferrofluids into permanent magnets. Ferrofluids are the plain metal particles floating in a liquid.

Most of the solid permanent magnets are ferromagnetic. The term sounds fancy, but believe me, it’s not. We encounter them in our everyday use. For, an instance the magnet in your refrigerator. Their electrons align whenever exposed to a magnetic field. The nano-sized particles of ferromagnets if suspended in a liquid is called a ferrofluid.

From the rotating seals in a hard disc to a loudspeaker, ferrofluids are present in various technologies. However, they are only magnetic in the presence of a magnetic field. Removal of that field spells the end of their magnetic behavior. So basically researchers decreased the distance between each drop of the liquid to mere 8nm. The result- they stayed magnetized.

Such close packing of the particles forms a layer around the outside of the liquid that behaves similar to a solid magnet. Therefore, when exposed to a magnetic field, the particles on the surface, as well as those insides, react in unison. Furthermore, they retain their magnetic properties even if divided into smaller drops.

Amazingly, the droplets can change shape in order to adapt to their surroundings. And that too without losing their magnetic properties. The droplets can be controlled remotely. This spells a new age of advanced instruments and material theories. For example, a magnetically controlled robot might perform an operation on you in the near future. Or maybe we might even witness the wireless soft-moving robots. There’s not really a limit to one’s imagination, is there?