Home Guides Everything you need to know about Wireless Charging: The past, present &... 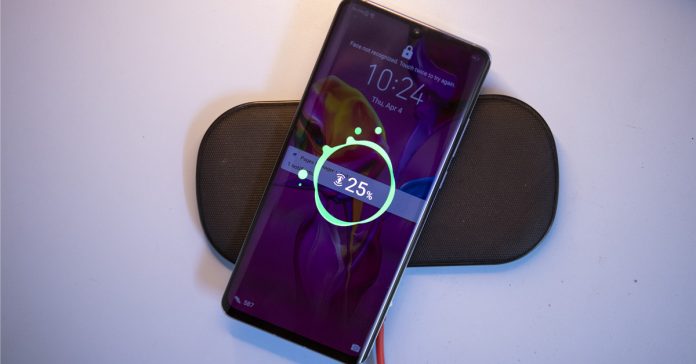 It won’t be a surprise when you see a tangled nest of wires in the corner of a table. Untangling your charging cable to charge your smartphone from such nested loops of the wires is frustrating at times. And to solve this very issue, smartphone manufacturers are striving to make their handsets compatible with the wireless charging.  But has it been effective on the run? How has this technology evolved over the years? And is wireless really the future? Let’s discuss on it.

Before I dive straight into the concept of wireless electricity, let me explain how the electricity actually evolved. It all began when Michael Faraday, also known as the father of electricity discovered the underlying principles of electromagnetic induction. He stated that in the presence of alternating or the changing magnetic field, an electromagnetic force is produced across an electric conductor. We generally understand the electromotive force as a voltage, which drives current in any circuit. Since the technology is still used to generate electric power even to this day, you can easily guess what a breakthrough discovery it was at that time. No doubt, it really changed the fate of science forever.

Although Faraday did experimental verification of this breakthrough discovery, he couldn’t quite establish the relationship between electricity and magnetism in terms of mathematical expression. But James C Maxwell, an apprentice of Faraday, later developed a mathematical relationship between electricity and magnetism. The scientist also discovered Light as an electromagnetic wave.

Thomas Alba Edition was also a big hero at that time. He discovered the incandescent light and also constructed the first ever electric powerhouse, which produced 30KW of DC power back then. But at the same time as the Edition, there was another ingenious scientist named Nicholas Tesla, who invented AC or the alternating current and saw quite a lot of potential on it. And in the late 1800s, Tesla used the idea to demonstrate the concept of resonant inductive coupling by lighting an incandescent lamp wirelessly.

The invention was visionary and way ahead of its time. However, scientists used the concept just for the innovation and development of motors and transformers, which was still a big thing by the way. The major obstacle for the development of wireless technology back then was the size constraints of the PCB (Printed Circuit Board) design.

But it took a while for the technology to be implemented on smartphones. Back in the CES 2009, Palm Inc. announced its Pre smartphone with an optional inductive charger accessory, which carried the company’s proprietary name “Touchstone”. That’s surprising, right? When Apple’s iPhones and Samsung’s Galaxies take almost all the titles for innovations, the entry of a new smartphone brand with such a compelling feature was definitely awe-inspiring.

[You can watch from 47:45 onwards to know about its wireless charging feature]

But that’s not all. The inductive wireless charging technology on the device was also integrated with the software. So when a user gets an incoming call, his Palm Pre phone charging wirelessly, he can simply pick the phone up from the Touchstone to answer the call automatically. And pressing the answer button with the phone on the Touchstone used to answer the call in a hands-free mode. So, needless to mention, it was an awe-inspiring innovation. And even to this day, the smartphone is still remembered as the handset with the technology ahead of its time. But due to some pitfalls, the smartphone didn’t receive all the attention it deserved.

Since the wireless charging technology was starting to take pace, different charging standards were introduced. You might have heard about the PMA (Power Matter Alliance) and the Qi Standard. Each standard has its own set of operating systems. They also use different transmission frequencies and connection protocols. So a device compatible with one standard may not be compatible with the other standard.

In the case of PMA and Qi, the operating mechanism is vastly similar. Both of them are based on inductive charging mechanism in which electrical energy transfers from charging pad to the charging device using an electromagnetic field. However, the major difference lies in the wavelength used. Qi works on a 100 – 205 kHz band whereas the PMA makes use of the 277 – 357 kHz band. That’s the reason why one standard doesn’t work with another.

With that little info, let’s continue with the evolution of wireless charging.

But PMA standard was left far behind. Although some companies favored the PMA standard slightly by including the dual standard, the PMA standard couldn’t make any significant progress in the long run. Samsung and Blackberry had included Dual standard of wireless charging in their flagship devices in 2015. It means that the Samsung Galaxy S6/S6 Edge and the Blackberry Priv used to charge wireless both through the PMA and Qi chargers. But PMA these days is nowhere to be heard.

How does Wireless Charging work?

With this history, you might have gained insight into the evolution of the wireless charging. But how does a wireless charging takes place? You might be wondering about that too! Keep calm; I am going to answer that too.

And when the receiving device is nearby, the magnetic flux produced by the transmitter coil is cut by the conductor of the receiver coil. This leads to the production of an electromotive force or the voltage in the receiver coil. And as I mentioned earlier, it happens all due to the Faraday’s law.

The voltage, however, will have a very high frequency and cannot be used directly to charge our phone or any other devices. Charging the battery in any electronic devices requires a direct current. So this high-frequency AC power is not useful for direct use. To make it useful, the receiving device is equipped with the circuitry to convert the AC quantity into DC and filter circuit to suppress the unwanted harmonics. This is the basic principle of the wireless charging also known the Inductive charging mechanism. There have also been quite researches and developments on the wireless charging through Infrared, Microwave, UltraSound, and laser beams. However, those concepts haven’t come into mainstream use as of now.

So where are we? Although there haven’t yet seen the major breakthrough yet, there surely have been some progress. In different countries, charging stations have been established to charge electric vehicles wirelessly. And in the smartphone technology, Huawei brought the reverse wireless charging feature through which receiving and sharing the power has been much easier and convenient. The feature also made debut in the recently launched Samsung Galaxy S10 devices. So we might be able to see this feature in other devices too.

Why so many companies are tussling to provide the wireless charging feature? You might be curious about that. With the wireless charging, the charging cables don’t wear out very fast, which is a prominent case in the wired charging. Also, it’s really easy and convenient to charge the device, just keeping the device on the charging pad starts to refill the battery. And since there is no cable or conductor directly involved, there are fewer chances of shocks and electrical hazards.

But after everything you know, you might be wondering why the progress is happening at such a slow pace. And why other major tech companies haven’t shifted into the wireless ecosystem? Well, the major constraint has been the distance. The electronic devices only charge when they are placed right on the top of the charging pad. It also needs to be placed perfectly parallel on the charging pad. And this can be frustrating at times.

Since the device always has to be placed on or nearby the charging pad, it can barely be used while charging. This is one of the major cause of why the users mostly choose to charge their devices through wired means.

Another reason is efficiency. Wireless charging takes places at a very slow rate compared to the conventional wired charging. And since the ultrafast charging technology like Oppo’s Super VOOC and Huawei’s Super Charge technology is evolving, the slow charging speed in the wireless mechanism is not as enticing.

Also, the inefficient charging mechanism produces a considerate amount of heat, which also affects the battery life in the long run. Plus there is the compatibility issue. There is a fair number of charging standards like Qi, Rezence, and PMA. A device is usually compatible with only one charging standard. And since this kind of chargers hasn’t been mainstream like the Micro USB and USB Type-C chargers, people usually prefer using the wired means of charging when they are outside the home or when traveling.

Where are we heading?

Wireless charging looks very tantalizing. You don’t even have to connect your device to the wall charger and it starts juicing up. How cool is that? And the progress made through ultrasound, Infrared, and through laser technology has left the tech community awe-inspired.

However, in a study conducted by Wireless Power Consortium, the creator of Qi standard, they found that Qi standard has the efficiency of wireless charging to be 59.4% whereas their arch rival Rezence has an efficiency of 39.6%. And these statistics is absolutely repelling. It also begs a question. At the time, when the world is going through the energy crisis, is wireless charging really that essential?

Statistics have shown that there were over 4.5 billion people using the mobiles in 2018. And the number is only growing. Also, there are more devices to consider like electric vehicles and other consumer electronics devices. What would happen if all these devices start charging through the wireless means? Well, electricity generation has to be doubled for compensation.

So maybe, just maybe, should we have to wait for the right time to switch to the wireless ecosystem? When the power transfer process is efficient and the charging speed is fast? I guess it would be better if we see an ultrafast and efficient wired charging technology and more efficient batteries for the time being. What do you think? Do let us know in the comments.