The three-day Locus 2018 concluded yesterday. The 15th National Technological fest kicked off with the theme of ‘Smart City with ICT’. And was held on IOE Central Campus, Pulchowk for three days in a yearly fashion. The event showcased some creative hardware and software projects. Also, there were various technical competitions brought to the limelight. The event was a huge success and had been able to garner over 30,000 visitors in three-day time. With the participants from more than thirty colleges all over the nation, the event concluded on a good note. Following were the major highlights in the event. 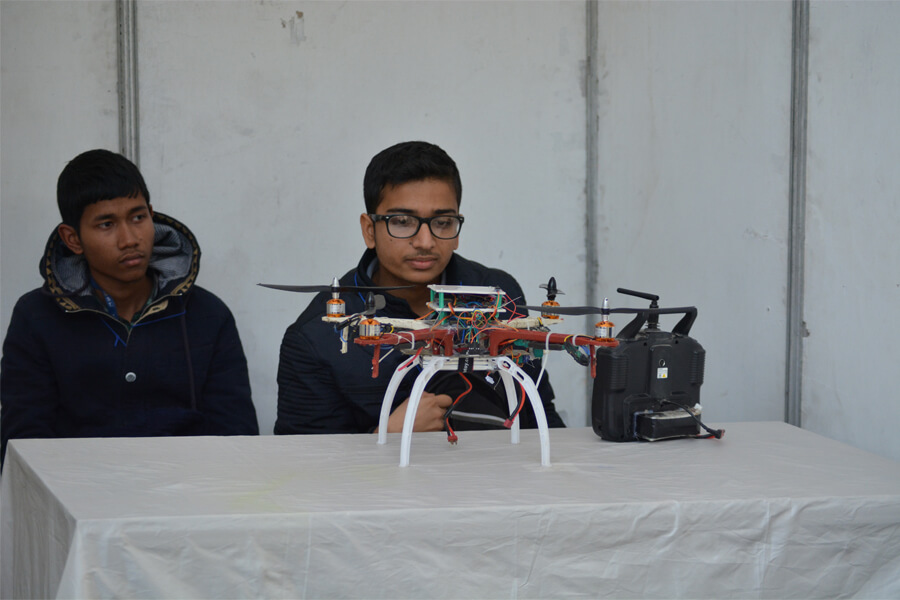 The concept of the smart city has been creating quite a buzz in our country these days. We have a majority of the population believing in the smart city as the facilitated society with the free Wi-Fi. And these agendas were also brought by the politicians during the elections. It has been months the elections were conducted; however, no significant actions could be seen in the deployment of that idea. So to illuminate the people about the concept and practical applications of the smart systems, different creative and constructive ideas were showcased in the event.

Smart systems use the concept of embedded systems, Internet of Things (IoT), and automation. And it was seen in the event that the students were tirelessly dedicated to employing the concept of smart systems for the greater good. David: Assistant Bot for home automation, Smart restaurant for better and efficient management of hotels and restaurants, smart city, smart library management system, smart parking systems, smart garden, etc. were some of the creative projects in the show. Locus 2018 also had some projects that were related dedicated to the reducing the electrical energy crisis in the nation. Smart street lighting system and efficient solar panel system were some of the iconic electrical engineering projects in the event. Some of the students had also developed object detection software, assistive software, and security software.

Code Jam is another competitive event, where finding the participants are expected to find the solution to the problems given by the experts. This competition is divided into beginner and advanced level. And giving attention the level, the tasks were assigned accordingly.

For the participants taking part in the Basic level, simple problems were given. And based on the time taken for finding the solution and considering the amount of efficiency with the idea, judgment was made. In the advanced level competition, participants were assigned to complete a real-life practical task. And the judging parameter was not just the successful completion of the task but also the optimal code structure, optimization and the means of the completion of the task.

MatLab is one of the most powerful simulating software related to engineering. In this competition, the students are asked to develop and system using MatLab and perform the necessary simulations to present the ideas that would reduce or eliminate the complexities regarding the generation, transmission, distribution, and utilization of the electrical energy.

It was another competition in the show, which had got all the visitors and exhibitors excited during the event. As the name implies, this competition is all about the battle between the robots. It was mandatory that the robots brought should be self-made. In this competition, two robots are placed on a table and they need to tussle each other. And to be the winner, the robot master should manipulate their robot in such a way that it should push its opponent off the table. The mighty robot, which succeeded to knock its opponent off the table was granted with points. Within the time of five minutes, the robot with maximum points was then ascended to the next round. There were eighteen robots altogether in the battle. And in this event, the Android named Robonauts got the upper hand of all with its power and agility and stole the title.

This is the competition, where one is expected to show their skills and expertise in piloting their aerial device, i.e. drone. In this competition, the drones should pass through a number of obstacles and reach the destination within the designated time of five minutes. On passing each obstacle successfully, the drones were rewarded with the points. Based on the number of points achieved by the drones, the drones with higher points were ascended to the next round. Dominating the other drones, the drone Oztec became the ultimate champion in the competition. 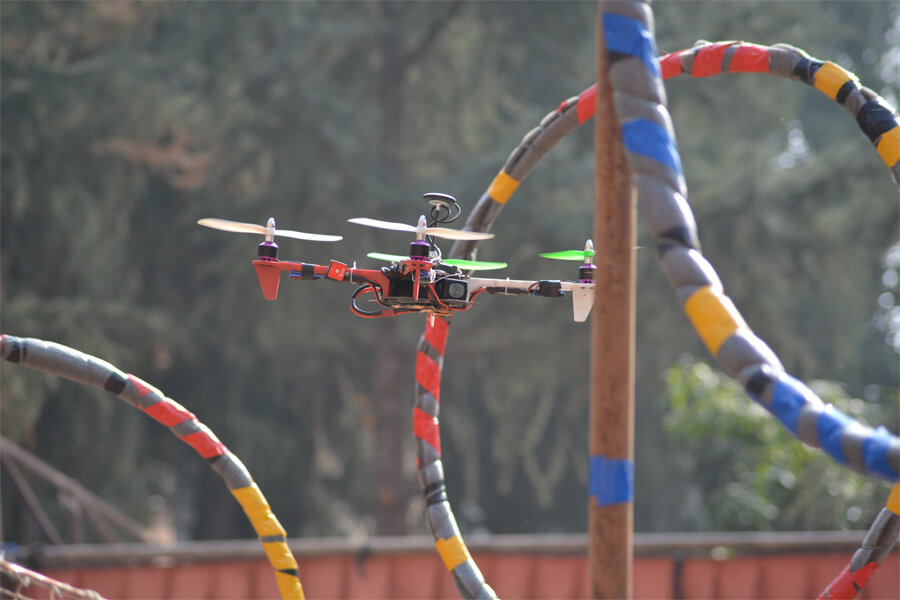 For the refreshment of the visitors, there were many games and means of entertainment to maintain the jolly mood of the visitors intact. In the gaming section, the Locus 2018 committee managed to accommodate the infrastructure for the games like Mini Militia Battle, FIFA 2018, etc. The small entry fee to the games and big prizes to the winners was the exciting factor in the competition. There was also the Flash Mob to cheer the guests and visitors with the dance.

It was another impressive means of entertainment, which provided the platform to the ones with dexterity in the musical field. Musical eve was not actually a competition. And every individual, who craves for singing a song, dancing or playing the musical instrument showed their talents in the event.