The mobile chipset game has gotten crazy competitive lately. Well, that’s mainly because of how MediaTek has been able to redeem its position in the market; with its new gaming-centric ‘G’ series and the high-end Dimensity series of SoC. While we’ve seen multiple phones with the former in various budget & mid-range devices, the Dimensity has almost been an absolute no-show in the international market; with the only exception being the Chinese variant of the OPPO Reno3. That phone came with the Dimensity 1000L, which has a little lower clock speed than the regular Dimensity 1000. And now, MediaTek is going down the Qualcomm lane. The company has announced an upgraded version to it called the MediaTek Dimensity 1000 Plus (or 1000+).

At its core, it is very similar to its non-plus counterpart. Yet, it brings some cool new features in terms of display technology, network connectivity, etc. Let’s dive in and find out more!

Like how I said the Dimensity 1000+ is a very Qualcomm-esque move from MediaTek, don’t expect any sort of wild upgrade between this and the standard Dimensity 1000. It is built on the same 7nm lithography process. It also has the same Helio M70 5G modem integrated inside of it. Well, that was a given. But I’m a little let down how the company still hasn’t been able to integrate the higher-band mmWave of 5G into the Dimensity 1000 Plus. While sub-6GHz is the slower and also the more widely available of the two spectrums of 5G connectivity, if MediaTek wishes to dethrone Qualcomm from the top spot, it’s going to have to work a little harder than this. 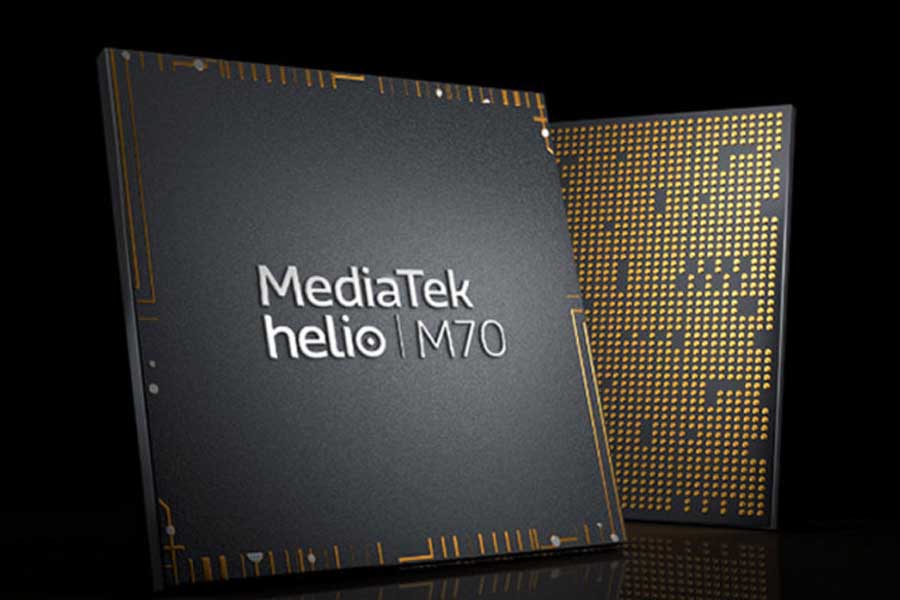 Hey, maybe it’s not a matter of doability and rather the ultimate cost. Because they’ve done so damn good lately, I can certainly give them the benefit of the doubt.

Having said that, it’s so transparent that MediaTek wants to wear the market crown and is just itching to move up the ladder. For that, however impractical and niche, if your direct competitor is offering it, you gotta join in on the action. With the X55 modem, Qualcomm’s Snapdragon 865 boasts a whopping 7.5Gbps & 3Gbps of peak download and upload speed respectively thanks to its mmWave 5G support. Yet, that is simply not possible on the Dimensity 1000+ thanks to its sub-6GHz (in both SA & NSA mode) exclusivity like every other SoC in the lineup. Therefore, it caps out at just 4.7Gbps peak download and 2.5Gbps upload speed.

Interestingly, the company has introduced the “MediaTek 5G UltraSave” feature into the 1000+. It is a built-in power-saving technique that can dynamically adjust the 5G modem’s power configuration and operating frequency according to the network conditions and user activities. That’s a crucial thing to have since it also supports dual-SIM 5G connectivity and a uniformly continuous voltage supply could eat up the battery by quite a lot. The chipset can also automatically switch between 5G & 4G networks depending upon the requirement. Allegedly, there have been speculations that all these features will grant the Dimensity 1000 Plus an upper hand in terms of power efficiency against the Snapdragon 865. But we’ll have to check that for ourselves when we get our hands on one.

Not much of a CPU improvement

Getting to the core performance itself, MediaTek hasn’t disclosed the specific details. Therefore, for now, we can assume that the Dimensity 1000 Plus bears a similar octa-core CPU with a big.LITTLE architecture – four high-performance ARM Cortex-A77 clocked at 2.6GHz and four low-power Cortex-A55 cores at 2GHz. In the GPU front, it should have the same Mali-G77 MP9. Although, the company could further bump the clock frequency by a bit or even go with a heavy/medium/light core arrangement.

But the latter seems very unlikely since the wafer production of Dimensity 1000 Plus most necessarily won’t be an entirely new process. Despite this, there is a performance-oriented feature upgrade coming to the Dimensity 1000+ and that is the second generation HyperEngine; aka HyperEngine 2.0. It aims for a smooth and lag-free gaming experience. And the most exciting new update it brings is the on-demand overclocking of CPU and GPU on top of network optimizations like changing connectivity status across 5G NR, 4G LTE, and WiFi.

This resource handling and multi-network concurrency is the result of Resource Management Engine 2.0 and Intelligent Multi-Network Prediction Engine 2.0 respectively. Furthermore, the dual-SIM 5G is also capable of maintaining a 5G data connection used by a game even when receiving 5G/4G/3G/2G calls via either SIM (Call & Data Concurrency 2.0). Say goodbye to the days of having to reject incoming calls so you won’t lose connection to the server and get booted out of the game.

Let’s talk a little more about the gaming possibilities on the Dimensity 1000 Plus. You already know how higher refresh rates and touch sampling rates have become such a big thing in modern smartphones.

Here, the Rapid Response Engine 2.0 facilitates a direct chip-level connection to the touchscreen at a minimum of 240Hz sampling rate. And talking solely about mobile gaming, a higher sampling rate is more important than a higher refresh rate because the former means quicker response to your touch input – thus resulting in reduced latency, which is what gamers need. It also allows for multi-peripheral co-existence to avoid any interference and ensure Bluetooth/WiFi can transmit simultaneously void of any lag.

Multi-peripheral co-existence is when some smartphone gamers invest in and use accessories like gamepads, controllers, headphones, etc. over Bluetooth or WiFi connection in their gaming session. So, it is critical that they don’t interfere with each other to invoke any level of latency. MediaTek also claims that the Bluetooth Audio Latency is faster by up to 60% compared to the competitor alternatives; thanks to Rapid Response Engine 2.0. 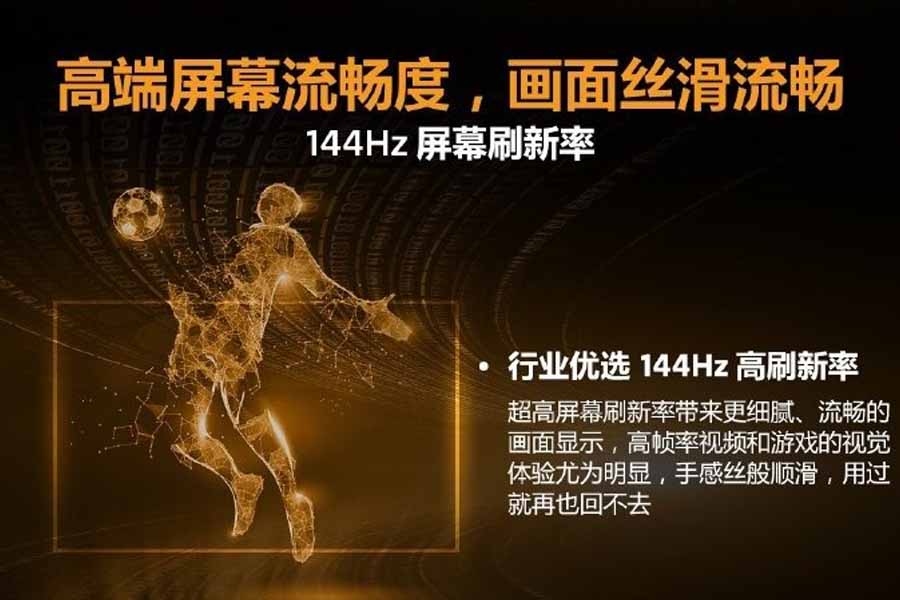 Sadly, this isn’t a breakout feature from MediaTek as there already are a couple of devices in the market featuring 144Hz screen – namely the RedMagic 5G & iQOO Neo3, both of which are powered by the Qualcomm Snapdragon 865 chipset. Talking about the display, the Dimensity 1000 Plus also marks the debut of MediaTek’s MiraVision display technology into smartphones.

It is MediaTek’s display enhancing tech found in high-end TVs to improve per-frame image quality in real-time. The chipset’s AI processing unit – APU 3.0 with up to 4.5 TOPS performance combined with MiraVision Picture Quality Engine, the Dimensity 1000 Plus is capable of dynamically adjusting per frame contrast, sharpness, dynamic range, and color levels in real-time. As a result, you can enjoy a better picture quality of 4K contents on your device. 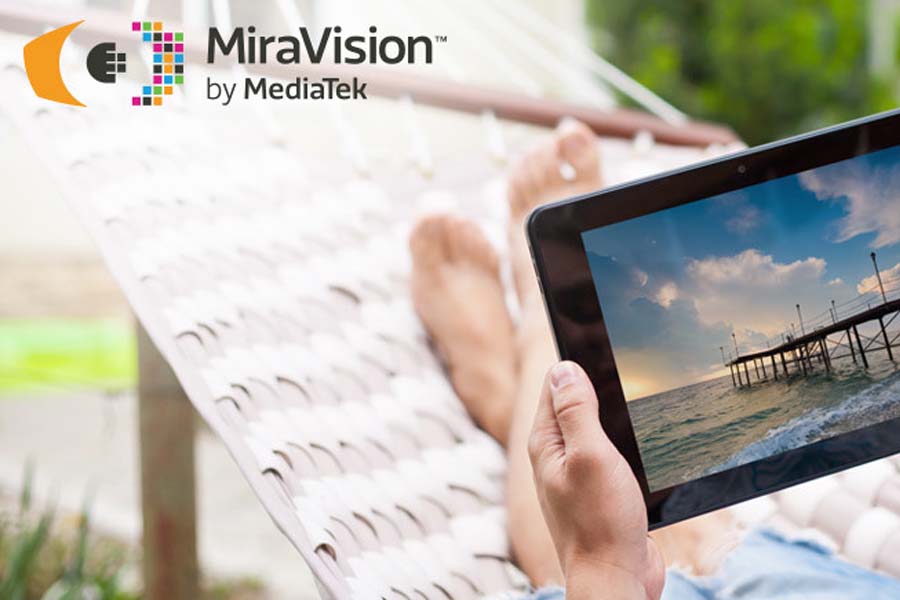 Additionally, MediaTek also says the resulting picture quality due to MiraVision’s per-frame adjustment of different variables delivers better picture quality compared to the standard HDR10+. That is some bold claim and we hope the company delivers on it. Finally, the MiraVision Picture Quality Engine can also intelligently upgrade SDR videos and streams into HDR.

And those are all the upgrades MediaTek is bringing forward with the Dimensity 1000 Plus – at least the ones that have been publicized. Notice a disturbing lack of camera improvements? Maybe there isn’t one.

The OG Dimensity 1000 supported up to 80MP single lens and 32 + 16 MP dual camera setup with up to 4K UHD @60fps recording; which we’re guessing is mirrored on the 1000+. Frankly, that’s okay because all the buzz about 108MP cameras and 8K videos are next to impractical right now. But like how Qualcomm displays its dominance with mmWave 5G, its support for larger camera sensors are other factors befitting the company’s ongoing market superiority.

So what does it say about the cost? Looking at the past trend, we can say with great confidence that the MediaTek Dimensity 1000 Plus will cost significantly less than its competing chipset. Consequently, more OEMs will be willing to consider the Dimensity series of chipset instead of the top-end Snapdragon counterpart; for cost-saving purposes. After all, Qualcomm’s rigidity of bundling the cost-adding external 5G modem on the Snapdragon 865 is already driving manufacturers away from the chipset. Therefore, more and more are opting for the Snapdragon 765/G instead.

And that right there is an excellent market for MediaTek to exploit with its Dimensity series of mobile chipsets. Vivo’s sub-brand iQOO has already announced iQOO Z1; the first phone to equip Dimensity 1000 Plus. The phone will launch on May 19. So, we won’t have to wait very long to check out the chip’s real-life performance.

Check out our comparison of the Dimensity 1000L & Snapdragon 765G!