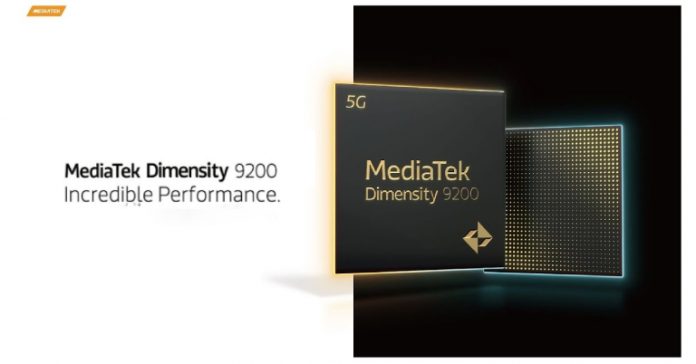 MediaTek announced its latest flagship processor in an event yesterday. Called the Dimensity 9200, it’s the world’s first mobile silicon based on Arm’s v9 architecture. Let’s see what other upgrades MediaTek Dimensity 9200 brings along with the smartphones that are scheduled to launch with this SoC.

The Dimensity 9200 is the world’s first chip with Arm v9 architecture, as well as the first to include the Cortex-X3 core. This single core runs at 3.05GHz and is accompanied by three 2.85GHz Arm Cortex-A715 cores and four efficiency Arm Cortex-A510 cores. 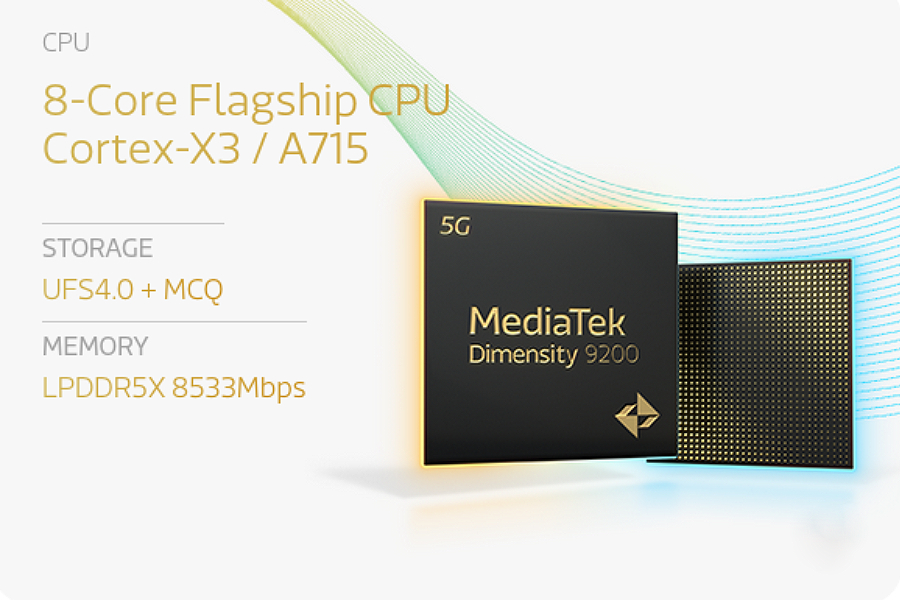 Here MediaTek is using TSMC’s second-generation 4nm node (N4P) fabrication process, which has previously been seen on the Dimensity 9000+ and Snapdragon 8+ Gen 1. According to the company, the CPU’s peak performance power consumption is reduced by 25% when compared to its predecessor.

MediaTek has made some worthy advancements on the GPU front as well. The Dimensity 9200 is baked with an all-new 11-core Immortalis G715 GPU from Arm with Vulkan 1.3 support and hardware-based ray tracing. Although this is not the first chip with this tech.

Instead, Samsung unveiled the Exynos 2200 as the world’s first hardware-based ray tracing chip. Still, the Dimensity 9200 is a beast in its own right and is capable of pushing up to 240Hz at FHD or a 5K display at 60Hz. The chipset has MediaTek’s HyperEngine 6.0 Gaming Technology for fast, fluid action.

MediaTek is introducing a sixth-generation AI Processing Unit with the Dimensity 9200. The APU 690 is able to outperforms it predecessor by 35% in the ETHZ5.0 benchmark app.

Similarly, the processor employs the Imagiq 890 ISP, which provides the first native support for RGBW sensors and uses 34% less power. It can work in conjunction with APU via Video Stream Engine to enable device manufacturers to add unique AI-video enhancements to the video stream as it is processed by the ISP.

Moving on, this new mobile silicon supports LPDRR5X RAM and UFS 4.0 storage. It’s also the first chipset to support Wi-Fi 7, with data transfers of up to 6.5Gbps. Rest of the connectivity option include Sub-6GHz, mmWave, and Bluetooth 5.3

It’s officially confirmed by the MediaTek that smartphones powered by the Dimensity 9200 will be available in the market by the end of 2022. Vivo and Oppo have already entered the race to be the first to launch a flagship device with the new SoC. Executives from Xiaomi, Honor and ASUS ROG also confirmed a device with a Dimensity 9200.