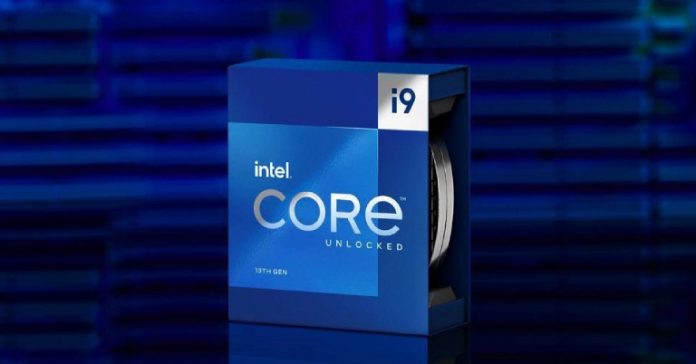 Intel officially unveiled its 13th Gen desktop processors codenamed “Raptor Lake” back on September 27. The news followed AMD’s announcement of the Ryzen 7000 series processors. The new CPU lineup currently consists of three CPU models, each with two variants. And they are now available in Nepal as well. So, let’s take a look at the specifications, features, availability, and price of the Intel 13th Gen Raptor Lake CPU in Nepal.

As always, silicons with the “K” suffix are unlocked and can be overclocked to gain a little extra performance. And the “F” suffix in these CPUs indicates that they lack an integrated GPU. Let’s get into the specifics of the new Raptor Lake chips now. Intel claims that the Core i9-13900K outperforms the Ryzen 9 5950X in content creation tests such as PugetBench for Photoshop and PugetBench for Premiere Pro by 33% and 16%, respectively. While gaming, the Core i9-13900K is said to provide a 25% performance boost over the Ryzen 9 5950X. Aside from that, its base TDP is 125W, but with an adequate cooling solution, the rated maximum power draw at boost speeds is 253W. 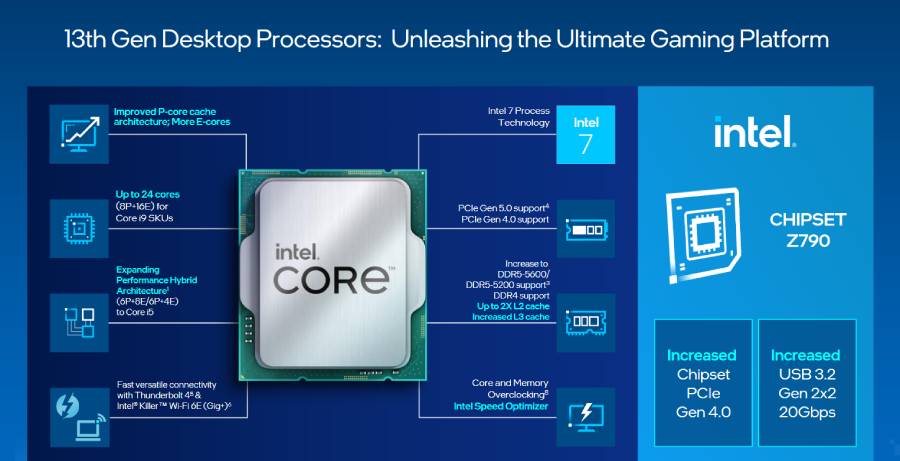 All the new Intel 13th Gen Raptor Lake CPUs have one thing in common: they have twice the number of E-cores as their predecessors. Aside from that, all six CPU models have 20 PCIe lanes (up to 16 PCIe 5.0 + 4 PCIe 4.0), as well as support for DDR5-5600 and DDR4-3200 memory, with faster memory supported via XMP. The Intel UHD Graphics 770 is standard on all non-F SKUs.

In addition, Intel has announced a new Z790 motherboard for Raptor Lake desktop CPUs. The new motherboard will include eight additional PCIe 4.0 lanes, increased USB 3.2 Gen 2×2 (20Gbps) ports, and DMI Gen 4.0 for faster peripheral and networking access. Users will also be able to use existing 600-series motherboards with 13th-generation chips as well.