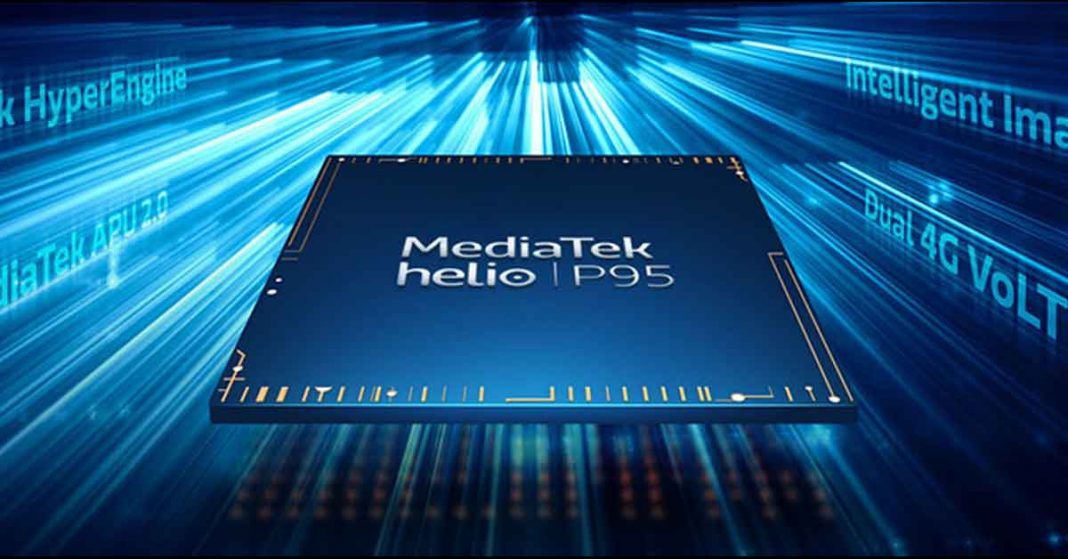 As of late, Mediatek is focusing on its Dimensity and Helio G series of smartphone chipset and we understand that because 5G and gaming smartphones are on the rise these days. However, we shouldn’t forget that not everyone needs those two. That must be the reason for MediaTek finally updating its Helio P series of smartphone chipset with the announcement of the latest Helio P95 chipset. It looks to be a chipset aimed at the midrange segment of the smartphone market. MediaTek has thrown in a few tweaks considering the recent trends to otherwise an old chipset to make the Helio P95. So, let’s have a look at what the new chipset has to offer.

The Helio P95 comes with a minor update to Helio P90 which was announced in 2018. Keeping the general specifications somewhat similar, MediaTek has improved AI support and camera capabilities in the new Helio P95.

Based on the 12nm FinFET process, the Helio P95 comes with an advanced AI processing unit – APU 2.0. It is multi-threaded and more efficient than the unit in the previous generation. The company claims it will contribute to a 10% gain in the performance with respect to Helio P90 which is well documented by the ETHZ benchmark score.

The most noticeable changes are in the camera. The new Helio P95 now comes with support for up to 64MP camera for a single camera setup. For dual camera setup, it can support up to 24MP and 16MP combination. It also comes with some AI-powered camera capabilities. Five-person human pose tracking is possible with the Helio P95. Other features include full-body avatar AR, 3D pose tracking, multiple object and scene identification, AR/MR acceleration, AI depth engine, and AI-NR low-light photography. The Helio P95 is the first in the P lineup to come with MediaTek HyperEngine, a feature that debuted with the Helio G series. It claims to improve user’s gaming experience through faster networking, rapid response engines, efficient resource management, and better picture quality.

The rest of the specs of the Helio P95 is strikingly similar to that of Helio P90. Both of the chipsets offer a similar octa-core setup consisting of 2X Cortex-A75 cores and 6X Cortex-A55 cores. The former cores are clocked at 2.2GHx while the latter cores are clocked at 2.0GHz. The GPU in the Helio P95 is the same PowerVR GM 9446 used in the P90. However, the company claims a 10% GPU performance boost in the P95. While the world has moved to the latest LPDDR5 RAM and UFS 3 storage technology, the Helio P95 has support only for LPDDR4x and UFS 2.1.

MediaTek hasn’t given the date for the first smartphone powered by Helio P95. However, we’re sure that won’t be very long.

So what do you think of the new chipset? Will you be happy with Helio P95 powering the mid-range devices in 2020? Lets us know your opinion with comments.

Check out our recommendation for the best microphone for YouTubers!