Home Micromax Micromax IN 2b and IN 2c appear in Geekbench listing with Unisoc... 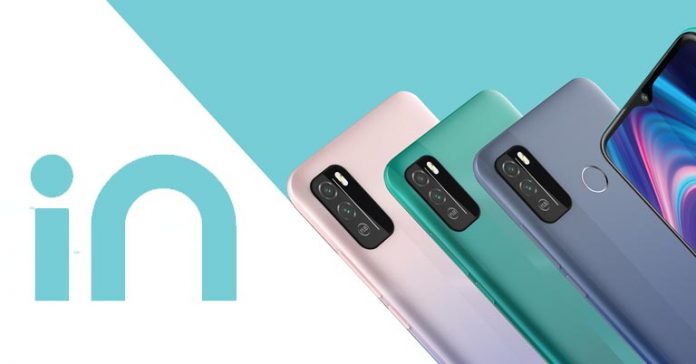 Micromax made a comeback in the smartphone industry with its IN-branded phones back in November last year. The company currently has three smartphones in its portfolio and is looking to add some more in the coming months. Two of them have landed on the Geekbench listing and could launch any time soon. Here is everything we know about the upcoming Micromax IN 2b and IN 2c.

Micromax IN 2b and IN 2c Overview:

Micromax IN 2b and 2c will be the first devices to launch as a part of IN 2-series. The former is a follow-up to last year’s IN 1b, whereas the other looks like the first of a new product line.

The two phones were spotted in the Geekbench listing. And so far, the only difference that we know between the two is the moniker.

In fact, Micromax IN 2b and 2c will be powered by the same processor. Interestingly, Micromax has opted for a Unisoc processor this time. Unisoc is primarily known for entry-level chips that mostly fly under the radar. However, the company plans to penetrate the mainstream market with chips like SC9863A and T610.

The latter is the one being used in the Micromax IN 2b and IN 2c. Built on TSMC’s 12nm process, T610 features 2x Cortex-A75 and 6x Cortex-A55 CPU cores, all clocked at 1.8GHz. There is Mali G52 for graphics. The specs are comparable similar to Helio G80 (found in Micromax IN 1), except for the lower clocked Cortex-A75 cores.

Geekbench scores say the same thing. The scores of Micromax IN 2b and IN 2c are slightly lower than that of Helio G80. That being said, T610 performs significantly better than Helio G35 powering the IN 1b.

Micromax IN 2b and IN 2c will ship with Android 11 out-of-the-box. They will not include heavy in-house customization or ads and will provide a near-stock Android experience. Each phone will at least have a variant with 4GB RAM.

Micromax IN 2b and IN 2c Launch Date

Previously in an interview, Micromax co-founder Rahul Sharma revealed that the company plans to launch more smartphones by Q2 2021. Thus, we can expect it to drop these rumored phones in the coming weeks.

Nothing has been said about their pricing yet, but we expect them to be competitive. After all, they will be competing against phones from Chinese smartphone brands like Xiaomi and Realme whose USP has been their pricing.

In separate instances, Micromax has shared its plans for upcoming products. For instance, the company is working on a 5G phone as well. There is a gaming phone in development too. Micromax even has its eye on the accessories market. The first non-smartphone Micromax product will be a TWS.