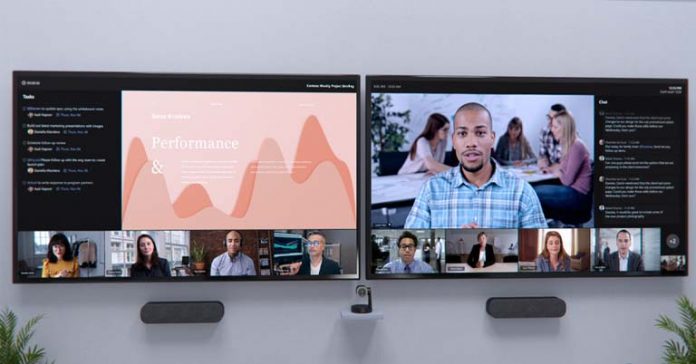 Microsoft has finally expanded its set of Fluid components to Teams, Outlook, OneNote, and Whiteboard. Users can now enjoy easy synchronization over such apps. Fluid components are web-based, so they can be edited in real-time. With this, the Microsoft Office suite is now more powerful and even more focused on collaboration.

Microsoft confirmed last month that Fluid components will be available in Teams chat. With this feature, users can send a chat message that includes a table, action items, or a list that everyone can co-author and edit. Now, the company is finally including such components into its Office suite.

What is Microsoft Fluid?

Back in September 2020, Microsoft announced that it has converted Fluid Framework into an open-source project. The primary use of the technology is to enable user cooperation and real-time changes.

It broadcasts real-time changes using WebSockets and also keeps those modifications in the data via a Distributed Data Structure (DDS). Developers may now focus on the experience rather than synchronizing messages and data.

Fluid components are collaborative modules that exist across many applications, as opposed to static tables, graphs, and lists that are connected to particular documents. This simplifies cooperation by allowing the material to be copied, pasted, and shared with others. Microsoft notes that it is the “biggest change to Office in decades”.

Fluid components in Microsoft Team will now include built-in notes, allowing you to assign tasks and co-create an agenda from within the meeting. You can now enjoy the notes in your Outlook calendar too. Anyone with the required permissions can make changes to the notes which will be visible to all members of the meeting online.

Furthermore, as the notes sync in real-time, you can even copy them in apps like OneNote. Meanwhile, you will still be able to monitor all the changes made to it.

Moving on, Whiteboard will now allow you to take the conversation a step further by creating and modifying live Fluid components. A new collaboration cursor will appear on the board, allowing you to observe real-time updates to document made by teammates. In addition, a new virtual pointer will aid in capturing people’s attention quickly.

This is only the beginning of adding Fluid components to a variety of Microsoft Office applications. We are almost certain that the company will release additional features in the next years. If Microsoft is able to make the right use of components, it will transform the way we create and share documents online.