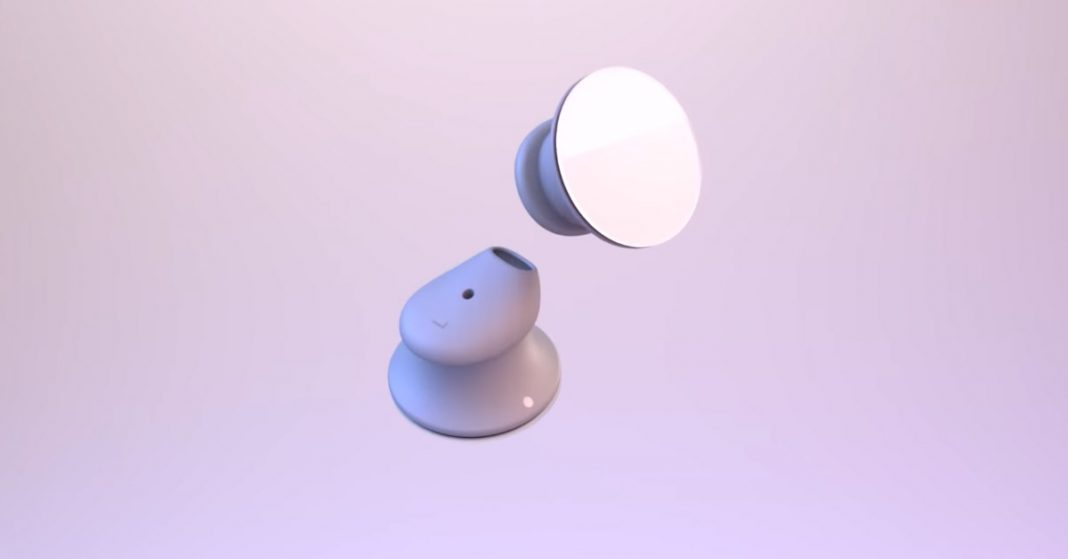 Back in October 2019, Microsoft announced an array of new products during its annual “Surface Event”. And one of the ambitious devices of the bunch was the Surface Earbuds. Capitalizing on the growing Bluetooth earbuds industry, it is the company’s first truly wireless earbuds; and quite a radical one at that. Though the Surface Earbuds was supposed to have hit the market by the end of 2019, the company delayed it to Spring 2020. According to the Microsoft Chief Product Officer Panos Panay, the postponement was in favor of “getting all the details right”. Anyways, the Microsoft Surface Earbuds is officially here, and in this article, we learn more about it along with its price and availability in Nepal.

Addressing the elephant in the room – yeah, the Surface Earbuds’ design is nothing like we’ve seen with other similar products in the market. Is that a good thing, or a bad thing; depends on who you ask. I for sure am glad that manufacturers aren’t bowing to the voluntary design conformity of Apple’s AirPods. Microsoft’s take looks like something from a tribal costume, or an ear-gauge even. With this, the entire exterior of the Surface Earbuds is one giant touch surface for different intuitive controls.

Having said that, I’m a little on the fence on the size of the thing. It is massive on the ears and a definite head-turner. As I said earlier, it’s got that ear-gauge look going on, which may directly repel a crucial market Microsoft is gunning for; professionals. Bearing a minimalistic yet “fashionable” make-up, the Surface Earbuds may have a hard time blending into the corporate setup. To cut things short, what I mean is, the diameter of the earbuds should’ve been a lot shorter. In terms of fit, the Surface Earbuds comes with 3 pairs of silicone ear tips inside the box. Getting the perfect fit is absolutely crucial when it comes to an earbud’s performance. Sadly enough, besides the passive noise reduction from the fit itself, these don’t come with Active Noise Cancellation (ANC). Seeing how its closest competitors like AirPods Pro, Sony WF-1000XM3, etc. equip ANC (though for a little higher cost), Microsoft could’ve upped its marketability by including ANC. However, because of its updated price of $199 (from $249 during the announcement), that suddenly becomes not an absolute deal-breaker. The new Google Pixel Buds 2 and Jabra Elite 75t for the similar asking price are void of ANC too.

Like every other OEM, Microsoft has also worked extensively to enhance the productivity of these earbuds into its ecosystem. This is where the professional workspace comes in. With its Microsoft 365 integration, the Surface Earbuds derives a new way to work with Office apps that we use almost every day. In PowerPoint, you can swipe slides using the touch gesture on the earbuds. Moreover, it is capable of captioning & translating your voice in real-time when giving presentations. As of now, this feature is available in over 60 languages. Surface Earbuds is can also dictate your speech into text in real-time on Office apps like Word & Outlook. Or read their contents. To note, this is only supported in Windows 10 devices. Besides these, the intuitive touch, tap, swipe, and voice-based controls facilitate adjusting volume, skipping tracks, answering or ending calls, etc. Microsoft’s very own virtual assistant “Cortana” can also be triggered using the Surface Earbuds, while the support for Google Assistant, Siri, & Bixby also remains.

Also read: Best wireless earbuds to buy at every price range in Nepal

Now let’s talk about the core audio performance itself. It has a custom-designed 13.6mm driver with two-microphones per earbud for “Omnisonic” sound. Microsoft says this directional dual-mic array delivers great voice recognition & call quality though that remains to be put to a real-life test. The company has also integrated a quick shortcut to play music from Spotify on the connected device. For a superior sound & low-latency output, the Surface Earbuds also comes with SBC & Qualcomm’s aptX audio codec. 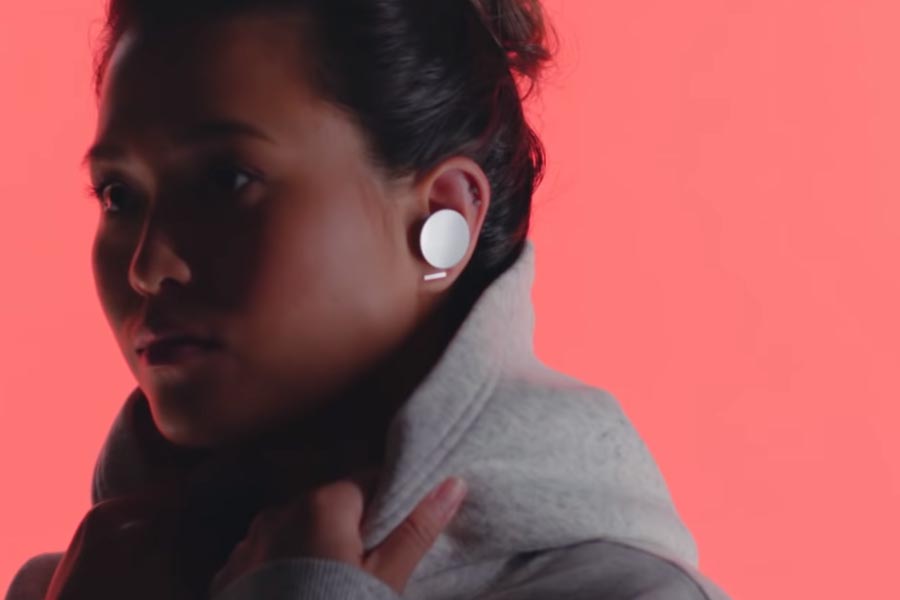 Finally, the battery. Microsoft Surface Earbuds gives up to 8 hours of continuous listening time on a single charge. That’s multiplied by 3 times if you factor in the charging case as well. For on-the-go listening, you can get up to an hour’s battery life with a 10-minute charge. Unfortunately, it only supports wired USB-A to USB-C charging and doesn’t support wireless charging.