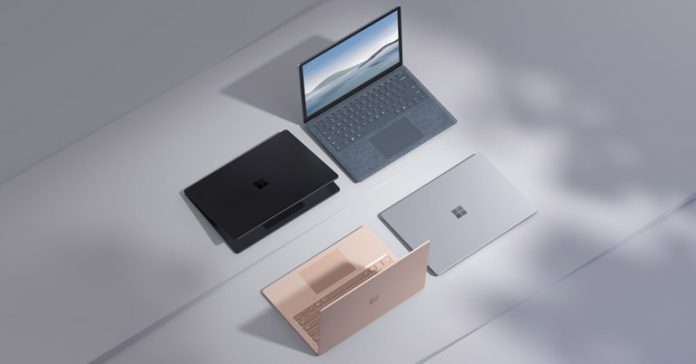 Like its predecessor, the Surface Laptop 4 is available in two display options. Both the 15” and the 13.5” variant come with Microsoft’s signature 3:2 PixelSense touch display. The resolution of the 15” variant is higher to maintain the 201PPI over both variants. Additionally, the displays are Surface Pen enabled and support up to 10 point multi-touch.

The exterior of these devices is made up of aluminum. The 15” variant is available in two color options – Platinum and Matte Black. Its palm rest is made from metal. On the other hand, there are two additional color options for the 13.5” variant – Ice Blue and Sandstone. Users can also choose Alcantara material for the palm rest. Microsoft has started shipping the Surface Laptop 4 from April 15. The price starts at $999.99 and goes up to $2,299.99 depending upon the configuration. We can expect the starting price of Microsoft Surface Laptop 4 in Nepal to be around NPR 140,000 when it’s available via unofficial channels.