If you have a company as big as Microsoft, you need to have an efficient way of storing and retrieving data from data centers. Running the world’s second-largest cloud platform further adds to the complication. The challenge here is to keep servers from heating up. One way to keep it in check is to use liquid cooling. Microsoft seems to have taken the term too seriously as it has placed its servers inside boiling liquid to cool them off. Don’t believe me? Keep reading to learn more about the new two-phase immersion cooling technology from Microsoft.

The idea of dipping servers in a pool of boiling liquid may sound like a crazy one but it should not come as a surprise given what Microsoft is experimenting with its datacenters right now. For starters, it has previously tried to deploy datacenters inside the sea within a submarine-like tube. The latest effort takes it up a notch by replacing the nitrogen air with an engineered fluid and the tube with a tank.

For this new type of cooling technology, Microsoft has taken a couch-shaped tank and filled it with a special type of fluid. Unlike water, the fluid used here is not a conductor and hence causes no harm to the electronics. The fluid boils faster than liquid has its boiling point is lower at 122˚ Fahrenheit. 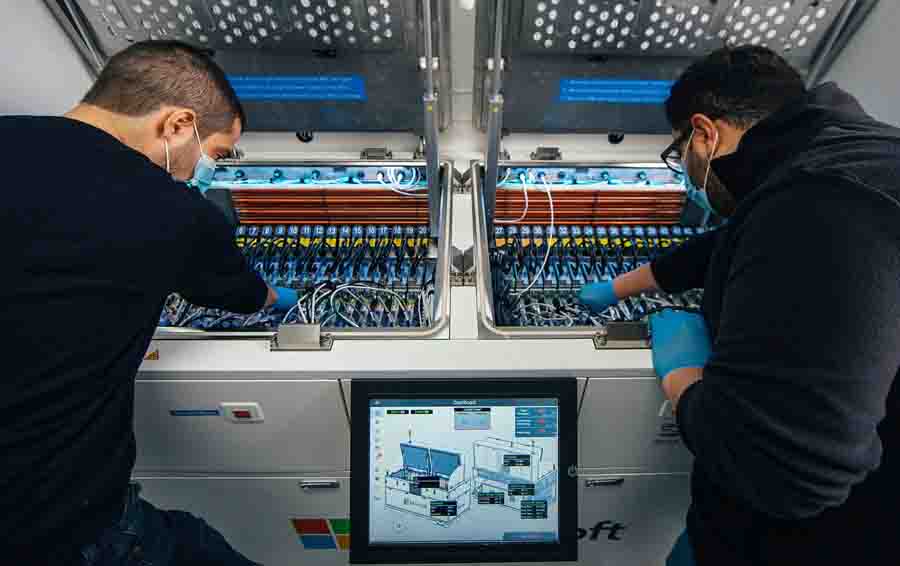 The two-phase liquid immersion is based on 3M liquid cooling technology. 3M recommends using Hydrofluoroether-based fluid and we assume it is the same one used here. The liquid has dielectric properties that make it suitable for use in the system.

The fluid soaks heat from the computer servers at work. Here, the lower boiling point of the fluid doesn’t allow the server to work at a higher level. The vapor rises up the tank and interacts with the condenser on the tank lid. It condenses the fluid which rains back on the back onto the servers. And the cycle repeats for continuous cooling. 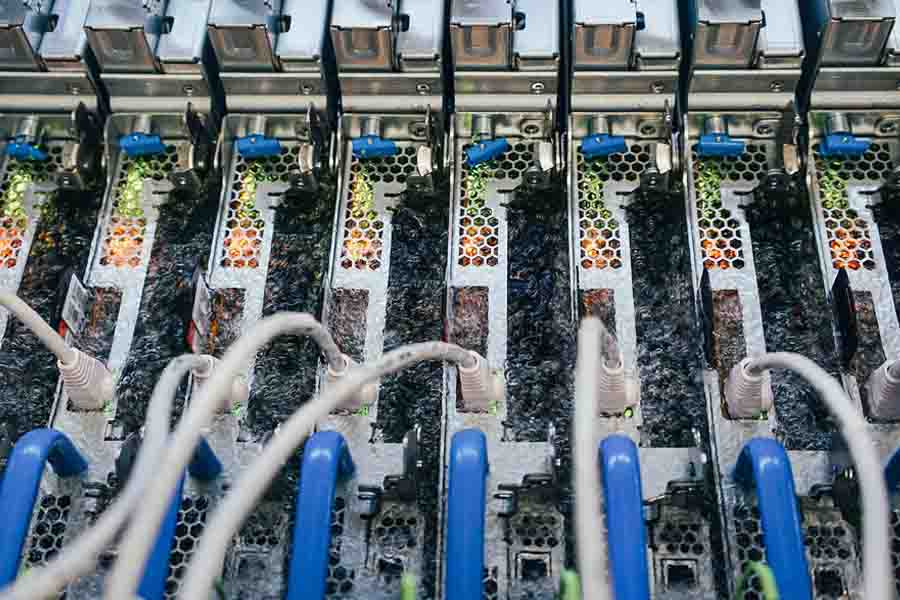 This two-phase immersion cooling technology from Microsoft is more effective than air cooling as the heat is transferred directly from the surface of the servers. Also, heat transfers faster in liquid than in air because of higher density. It also has an upper hand over the present-day liquid cooling technology. Microsoft says it took inspiration from crypto miners and experimented with the latter. Microsoft recorded 5% to 15% cooler performance. The result motivated the company to dig deeper into the technology and hence the two-phase liquid cooling was born.

The new technology protects the servers from the risks of overheating thus, promoting the culture of overclocking. Eventually, Microsoft plans to use special software to overclock these servers during peak hours of operation.