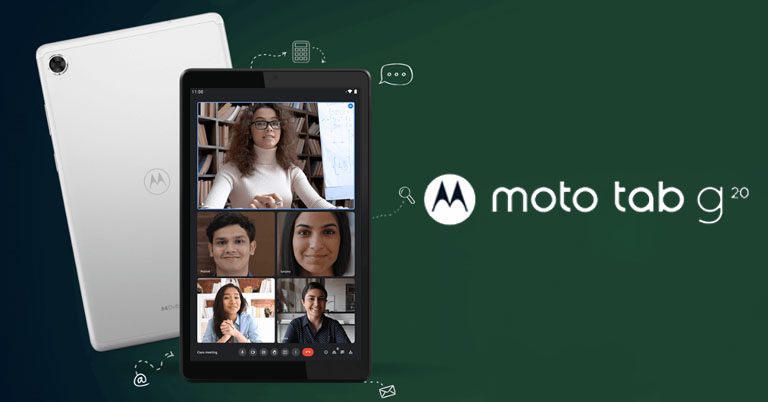 The market for tablets (especially budget) has grown considerably since the beginning of the pandemic last year. Many companies have tried to capitalize on this ever-expanding segment, with the latest one being Motorola which has just launched the Moto Tab G20 in India. Here, we will be looking at the specs, features, expected price, and availability of Moto Tab G20 in Nepal.

Moto Tab G20 features an 8″ IPS panel with sizeable bezels all around. The one on the top even houses a selfie camera. More about the display, it’s an HD+ screen with a 16:10 aspect ratio.

Another thing to note here is that Motorola has gone with a TDDI (Touch/Display Driver Integration) solution, which combines the display and touch sensor into a single chip, resulting in a thinner and simplified design. 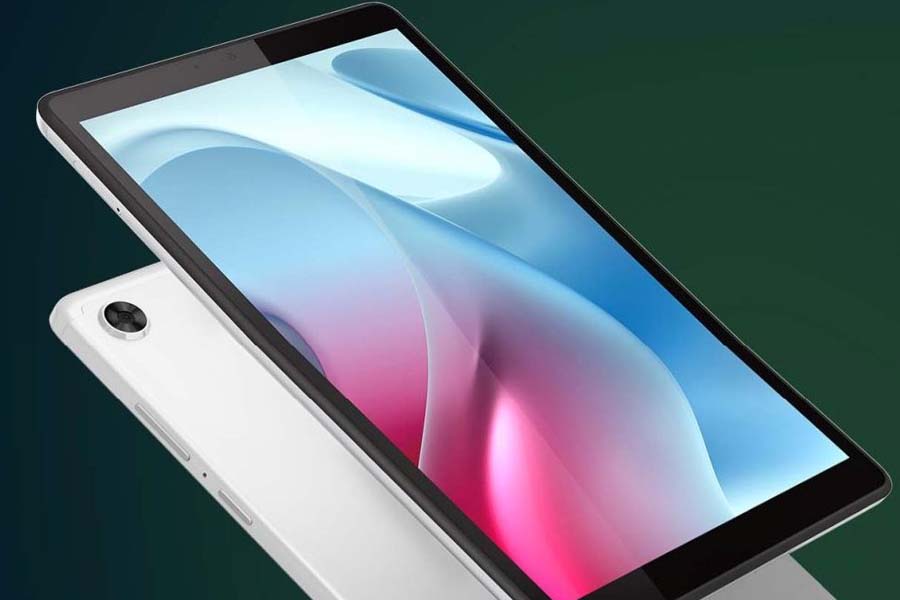 Moving on, the Moto Tab G20 is 8.15mm thick and weighs around 305 grams. There is confusion regarding its built material as the official product page hints at both plastic and metal finishes.

In terms of performance, Motorola has included MediaTek Helio P22T in its latest tablet. It’s an octa-core chipset with a maximum clock speed of up to 2.3GHz. The chip was also used in Samsung’s Tab A7 Lite.

This is paired with 3GB of LPDDR4x RAM and 32GB of internal storage. The latter can be expanded up to 2TB using an external microSD card. To note, the Moto Tab G20 is available in a single memory configuration only.

Fueling this tablet is a 5,100mAh battery, which Motorola claims can last up to 2 days. It supports 10W charging over the Type-C port. While the Tab G20 comes with a headphone jack, it misses out on stereo speakers. As for connectivity, you get dual-band Wi-Fi, Bluetooth 5.0, NFC, and a SIM card slot.