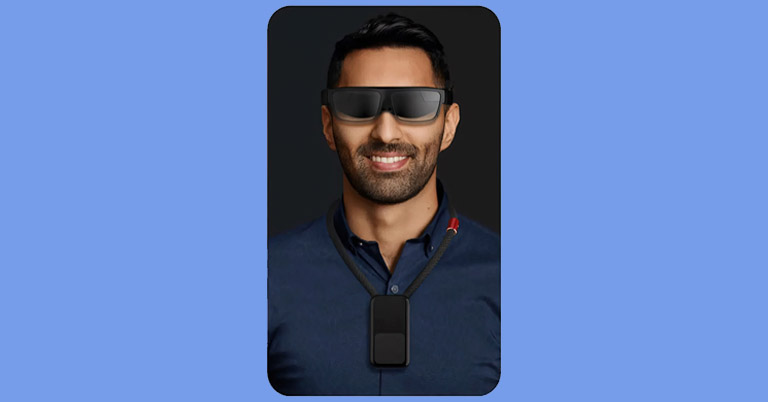 Motorola, in collaboration with American operator Verizon, has introduced a neckband-style device to power Augmented Reality (AR) and Virtual Reality (VR) glasses. It packs all the necessary hardware required to operate these headsets. Keep reading the article to know more about the Motorola-Verizon 5G neckband.

One of a kind

Motorola announced the development of its neckband in a blog post. However, the company is yet to reveal the name of the device. 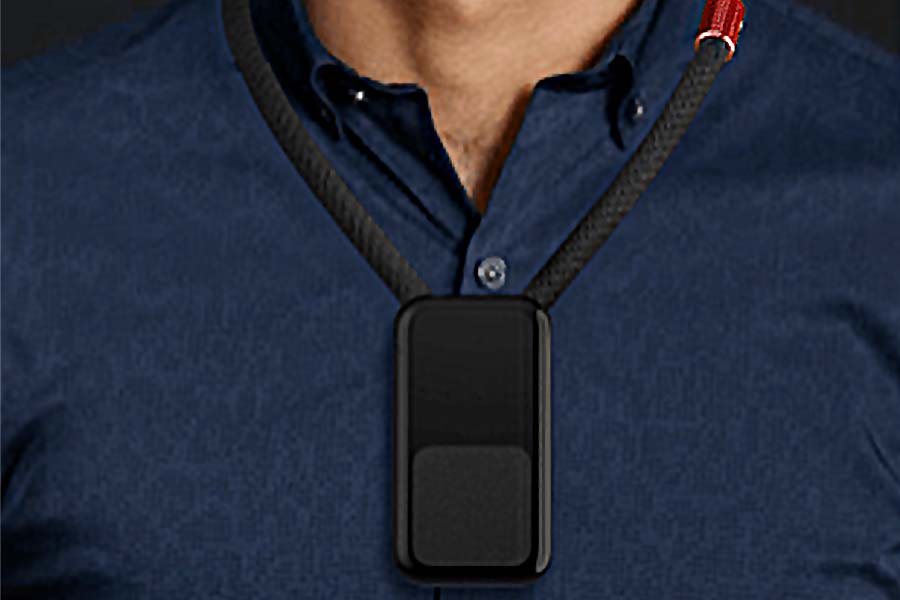 The actual device, as seen in the image above, is a credit card-sized module that hangs from a lanyard-style wire. It packs a Snapdragon 8 Gen 1 processor and is 5G ready—allowing it to provide high bandwidth, ultra-low latency connection, and power to AR and VR goggles.

According to Engadget, it also has a 5000mAh battery, a touchpad, a SIM card port, and a charging indicator. Likewise, it comes with a slew of sensors like a gyroscope, accelerometer, barometer, GPS and has a speaker along with USB Type-C and DP 1.4 port at the back of the device. 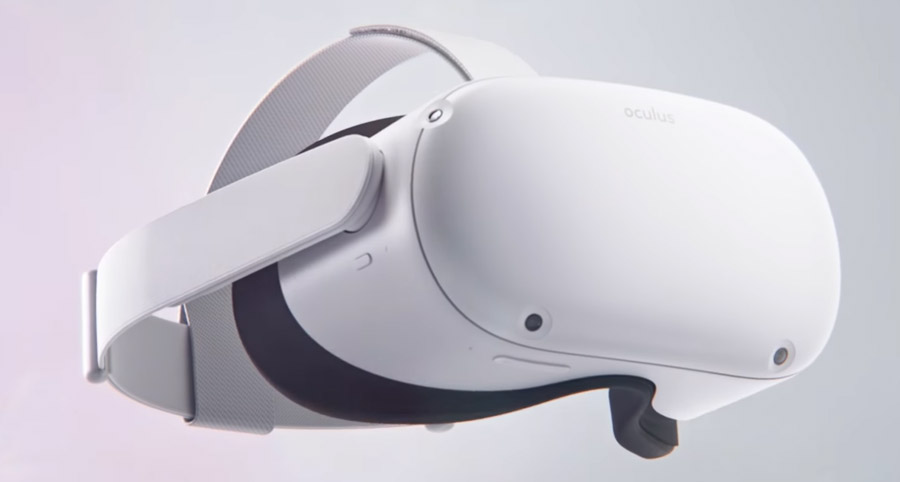 VR and AR headsets in general are heavy and can be difficult to use for extended periods of time. Thus, Motorola and Verizon devised the notion of offloading the majority of the components of such headsets to a dedicated device, allowing them to be lighter and more comfortable to wear.

The company showed the use of a neckband in the Lenovo ThinkReality A3 headset. As per Brian Mecum, VP of Device Technology at Verizon, “this solution will deliver an immersive technology in many fields such as sports training and fan experiences, as well as making VR theatres scalable”.

For the time being, officials haven’t shared the pricing and availability details of the neckband. Nonetheless, Verizon and Motorola are working on exciting AR and VR applications, the details of which will be shared in the coming months.