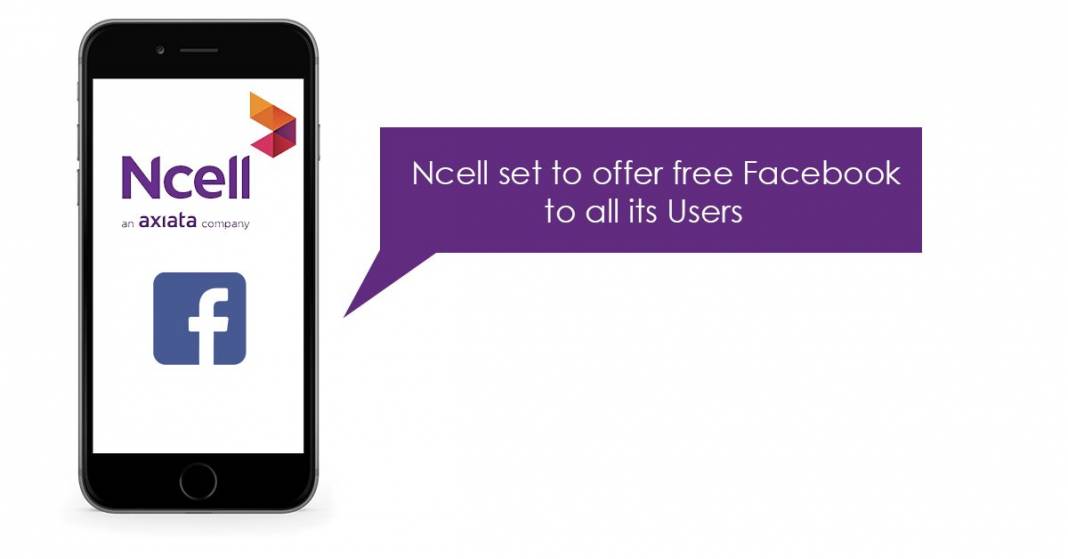 Yes, you read the title right. Ncell is set to offer free Facebook to all of its users. The Ncell Free Facebook offer will start tomorrow (starting 12:00 AM on Wednesday). This step comes following the telecommunication company’s collaboration with the social media giants.

But there are a few catch. While users can like, comment, post status, share different posts and upload their pictures freely, they won’t be able to view pictures posted by other people. Also, chatting via Messenger isn’t free. So, Ncell users will have to use their mobile data for chatting and viewing pictures.

Ncell has been teasing its users for the last few days citing their ‘Internet for all’ campaign.

In the last several days, Ncell has brought few offers for its users, ranging from ‘Valentine offers’ to Ncell’s very own app market where users will be able to download unlimited apps for Rs. 15 per week. The company had previously made Twitter free.