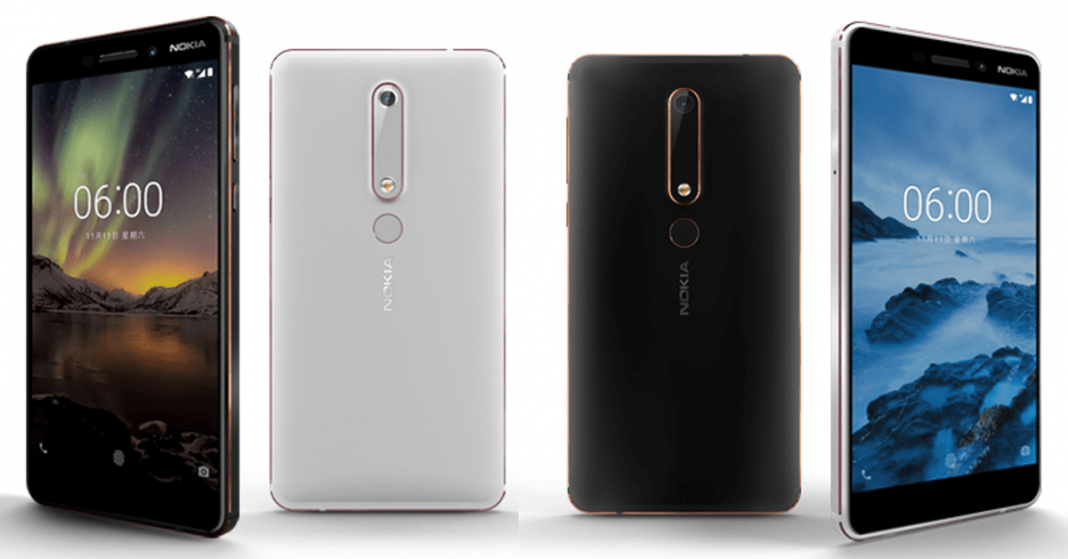 After the revival by the HMD Global, Nokia has been back on the track in the successful smartphone business. The craze of people for the new Nokia phones reminds us about the old days. And numbers are the proof as the Nokia smartphones have been sold out in minutes on more than one occasions. And among the bunch of smartphones in their lineup, Nokia 6 was comparatively loved more than the rest. So, to fuel that love, Nokia has brought a refreshed version of the Nokia 6 dubbed as Nokia 6 (2018). And the most interesting thing on the newbie is, despite the refreshed looks and improved specs, the Nokia 6 2018 comes at a similar price to its predecessor.

Nokia 6 2018 comes with the aluminum body presenting the same sturdy vibe alike its predecessor. Also, the device possesses the same 5.5-inch display cloaked by the Gorilla glass 3 for the protection. Despite the trend of bezel-less display and 18:9 aspect ratio, the newbie has been persistent with the traditional 16:9 ratio and thick bezel boundaries. However, a small portion of bezels has been chopped off in the Nokia 6 2018 and the screen-to-body ratio improved to 73.2% from 70.7%. And the reduced bezels are to be blamed for the shifting of fingerprint sensor from home button at the front to the back. Also, the capacitive buttons are replaced by the on-screen buttons in this newbie.

Nokia has made a good choice of the chipset in this device. The upgrade from the Snapdragon 430 chipset to Snapdragon 630 is simply exemplary. Also, the presence of Adreno 508 GPU in the device will drive the device swiftly even while performing the graphics-intensive tasks. On the storage side, Nokia 6 (2018) is gifted with 4GB of RAM offering two choices in terms of internal storages viz. 32GB and 64GB. However, the absence of the dedicated slot is quite displeasing here, as one has to sacrifice the second SIM slot to allocate space for SDcard.

On the software front, Nokia 6 2018 comes with a stock version of Android Nougat out of the box. But no worries, the device has been promised with the Oreo update. These days, even the mid-range and budget smartphones come with a dual-camera setup. That is not the case here. It embraces a 16MP camera on the back, which comes with f/2.0 aperture, phase detection autofocus and dual-tone LED flash. Up front, there is an 8MP camera with f/2.0 aperture but lacking the LED flash.

On the connectivity side, Nokia 6 2018 is quite bold with Bluetooth 5.0, Radio, NFC, Wi-Fi 1/b/g/n, A-GPS and USB Type-C. As mentioned earlier, the smartphone possesses the fingerprint sensor, which resides on the back. The device has also embraced other primary sensors like accelerometer, gyro, proximity and compass sensors. To juice up the device, there is 3000mAh battery equipped with the device, which also supports the fast charging. Fueling the device at the pace of fast charging get the battery refilled to 50% in mere 30 minutes.

The device comes in two color variants viz. Black and Silver. Nokia started taking the pre-orders for the device and the sale will commence from the January 10 in China. In terms of price, Nokia 6 2018 demands 1499 Yuan (US$ 230 approx.) for the 32GB storage version, whereas its 64GB counterpart demands 1699 Yuan (US$ 262 approx.).

Launch, Availability of Nokia 6 2018 in Nepal

There was no mention of rolling out the devices in the global market during the official announcement of the device. However, on the talk with Nokia Nepal officials, we were informed that the device would make an entrance in Nepal sometime in the March. And during the talk, the officials confidently stated that the pricing will be close to the international pricing.