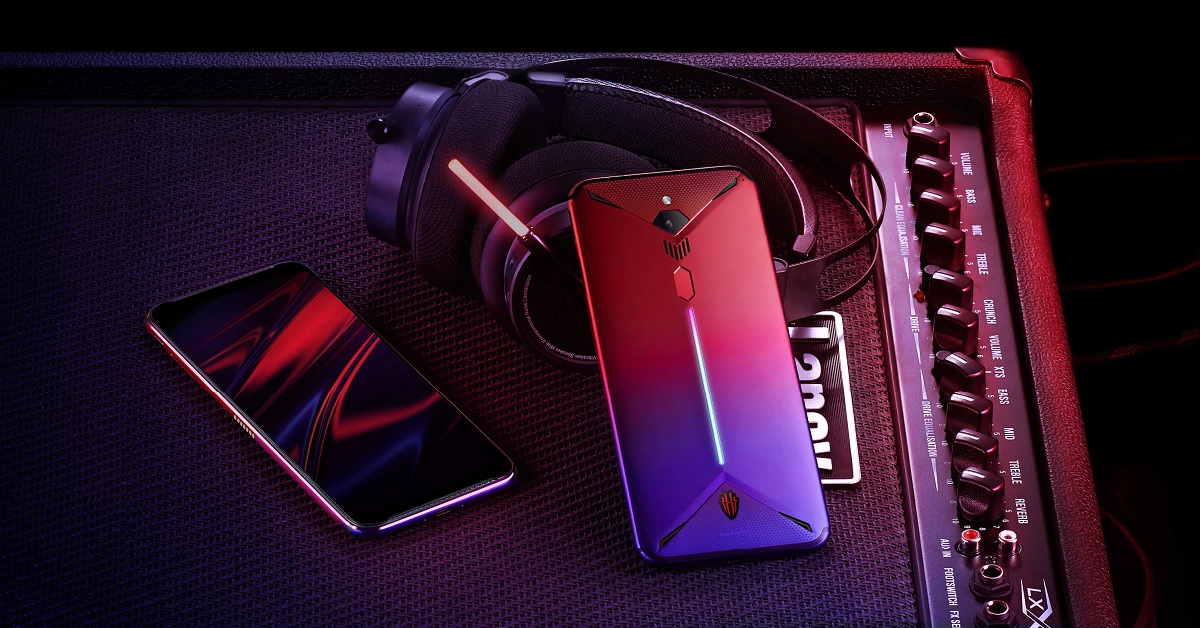 The gaming community is flourishing and the number of people getting involved in the e-Sports is burgeoning. Although PC gaming and console gaming is flourishing, gaming smartphones are not getting similar popularity. But that does not stop smartphone companies from launching gaming-oriented phones. Razer, ASUS, and Xiaomi have already tested their luck in the gaming arena. In that race, Nubia also stepped ahead with the value-packed gaming phone. Dubbed as Nubia Red Magic 3, the handset comes with industry’s first cooling fan, ICE 2.0 cooling tech, flagship processor, big battery, and connector pins for accessories.

Performance is always a thing of a concerned in the gaming devices. And the Nubia Red Magic 3 has that all covered. The smartphone flaunts the powerful Snapdragon 855, which comes along with up to 12GB of RAM. On the storage side, the phone gets up to 256GB of UFS 2.1 storage. With this setup, the Red Magic 3 is undoubtedly one of the best performers. If the handset leads the AnTuTu benchmark chart, it won’t be a surprise.

Being a gaming phone, the device also packs a plentiful of gaming features. Firstly, there is a dedicated noise cancellation mic, which helps to subdue to background noises for a better conversation with the gaming buddies. The phone has also been provided with two buttons on the top of the device. The fingerprint on this device also acts as a button and can come handy while gaming. Apart from these dedicated buttons, Nubia has included 4D smart shock feature. This feature understands various scenes in the games and adds vibrations to match the scenario. 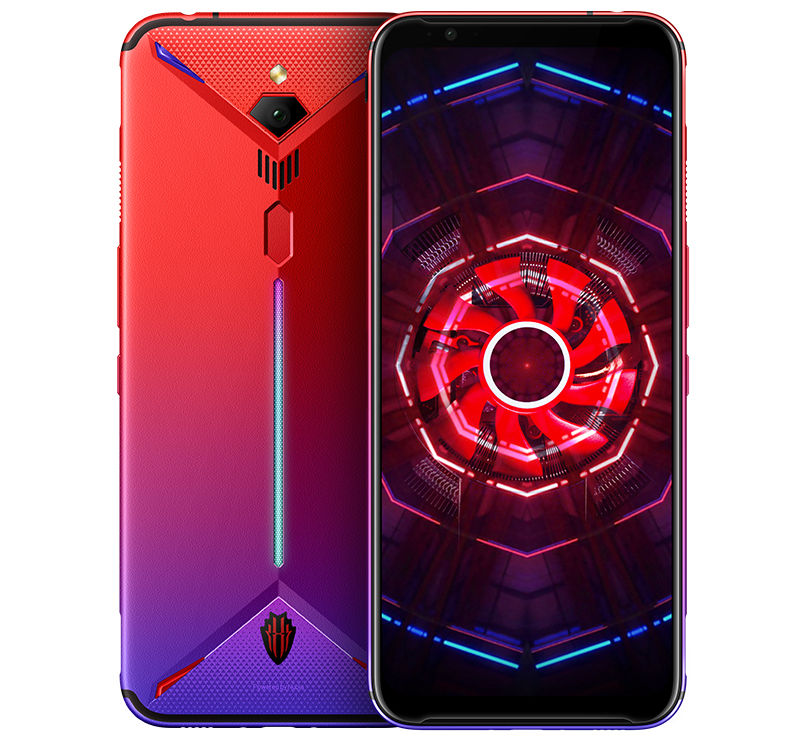 But such capable hardware also produces quite a lot of heat while playing graphics-intensive games. For that Nubia has incorporated an actual fan to keep the temperature to lower and adjustable values. The phone is first of its kind to have such type of active cooling technology. The handset has also been provided with a second-generation ICE liquid cooling technology. This cooling combo lowers the temperature of the phone by 16 degrees Celsius. Nubia says the cooling effects offered by this cooling hardware can provide up to 500% heat distribution. The manufacturer also boasted that this cooling mechanism covers 32,000 sq. mm, which is said to keep the phone cool even in the extremely heated circumstances.

The Red Magic 3 comes with a geometric design, which screams all gaming. On the back, there is a V-shaped element, on which resides a pentagon-shaped camera. There is also a hexagonal fingerprint scanner just beneath the venting grills. Furthermore, there is an RGB LED strip, which gives an unadulterated gaming vibe. And despite having an actual fan inside the device, the phone is IP55 water and dust resistant.

The phone also gets a special gaming dock pins on its left. Making use of these dock pins, users can attach various gaming-oriented accessories including the Red Magic e-Sports box. This special type of box accessory has the ports for a 3.5mm headphone jack, USB Type-C, and an Ethernet port for fast and uninterrupted internet connection. Talking about other features, there is a 6.65-inch AMOLED display on the front, which comes with sizable bezels. There is no any type of notches or hole-punch cutouts. The display comes with Full-HD+ resolution and is decently bright at 430 nits. The phone also comes with a 90Hz refresh rate and 240Hz touch response rate. The 90Hz refresh rate is quite impressive but also devours a significant amount of battery juice on the go. So Nubia has included an option with which users can switch the refresh rate from 90Hz to 60Hz or let the phone switch it automatically understanding the scenario. Furthermore, there is a DC Dimming feature, which helps the users from eyestrain during the prolonged gaming sessions.

On the imaging part, the phone flaunts a 48MP Sony IMX 586 sensor at its back. There is no secondary camera here. Maybe Nubia assumes that the gamers don’t have an affinity toward the portrait images. Nonetheless, the phone supports 8K recording and super slo-mo recording up to whopping 1920fps. The phone comes with a 16MP shooter on the front. Even on the audio part, Nubia has been extremely generous. The phone features a dedicated 3.5mm headphone jack, DTS 7.1 channel, and stereo box 3D surround sound speakers. Software-wise, the phone boots on Android Pie out of the box with Redmagic OS 2.0 on the top.

Even on the battery front, the handset is pretty monstrous. It gets a massive 5000mAh battery, which also has support for 27-watt fast charging. Nubia claims that 10 minutes of charging lets the user play the games for 1 full hour.