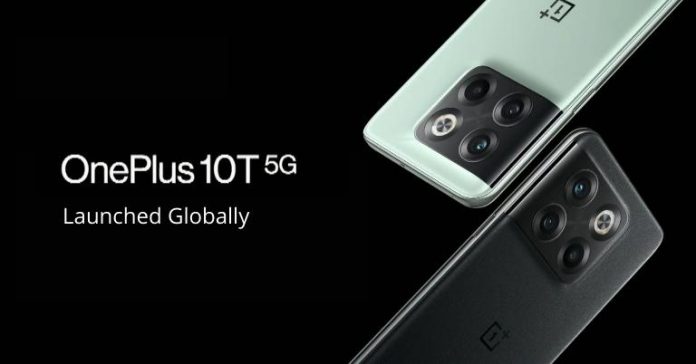 The OnePlus 10T made its debut back in August 2022. It features Qualcomm’s Snapdragon 8+ Gen 1 chip and a staggering 150W fast charging. And now, the phone has finally arrived in Nepal. In this article, we will go through the specs, features, availability, and official price in Nepal of the OnePlus 10T.

The smartphone ships with Qualcomm’s Snapdragon 8+ Gen 1 chipset. This mobile silicon is built on TSMC’s 4nm process and brings significant gains over the Snapdragon 8 Gen 1 in terms of performance, thermal efficiency, and battery life.

OnePlus has implemented its next-gen 3D Cooling System 2.0 on the 10T. It is the company’s first ultra-thin vapor cooling system and covers a surface area of 5,177.46 mm², 68% larger than the previous 10 Pro. According to OnePlus, this has resulted in 100% coverage of “all the thermal hotspots.”

OnePlus has also made a case for the phone dubbed the “Glacier Mat Case” which supposedly provides further passive cooling.

The phone has up to 16GB of RAM and 512GB of storage. For memory optimization, OnePlus has introduced a new “Always Alive” feature which is capable of keeping more than 31 apps alive at the same time all while avoiding lags.

The phone boots on OxygenOS 12.1 based on Android 12. It is geared towards offering a smoother and more stable user experience with a refreshed “Aquamorphic Design”. It will feature new circular icons, widgets, and animation alongside an emphasis on two colors: Klein Blue and Warm Orange.

But as of now, the company has already pushed the Android 13-based OxygenOS 13 update for the phone. OnePlus has also partnered with Spotify to offer an exclusive AOD mode for convenient music playing.

OnePlus 10T’s design is similar to that of the OnePlus 10 Pro. It has the same unibody aesthetics with wraparound camera housing on the rear. 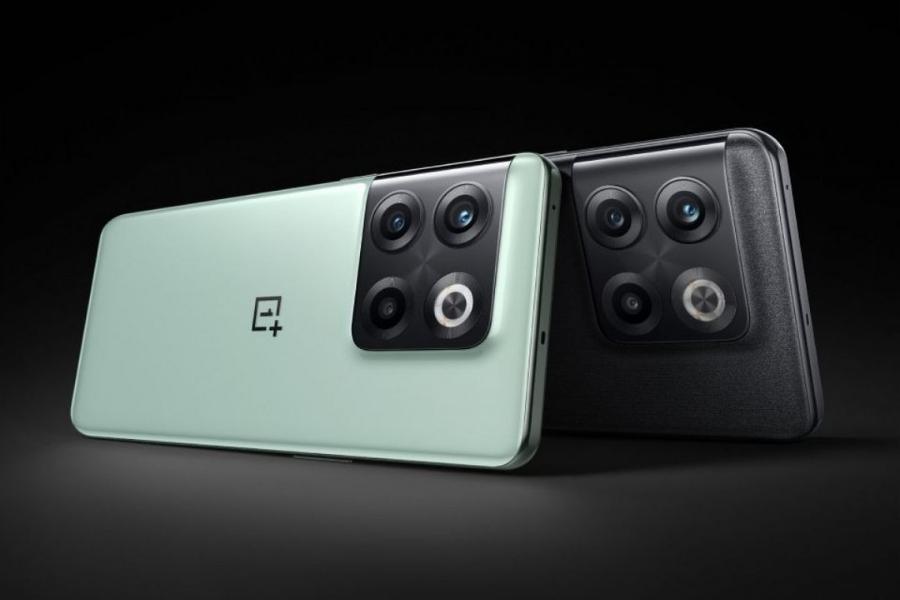 Then again, there are some minor alterations to the camera module, with the LED lens being located on the upper camera row. The device also lacks an alert slider. The phone is available in two colorways—Moonstone Black, and Jade Green.

The 10T flaunts a 6.7-inch AMOLED screen with Full HD+ resolution and 120Hz refresh rate on the front. It’s a flagship-grade 10-bit panel with an in-display fingerprint scanner.

OnePlus’s GPA Frame Stabilizer claims to eliminate frame lags in order to favor a fluid gaming experience too. This experience is further enhanced by the 1000Hz instant touch response rate present on the OnePlus 10T.

The OnePlus 10T houses a triple rear camera island on its rear. The main sensor here is a 50MP Sony IMX766 with OIS, followed by a secondary 8MP ultrawide and a 2MP macro lens. OnePlus has skipped the Hasselblad optimization on this model. Similarly, you’ll find a 16MP lens for selfies. 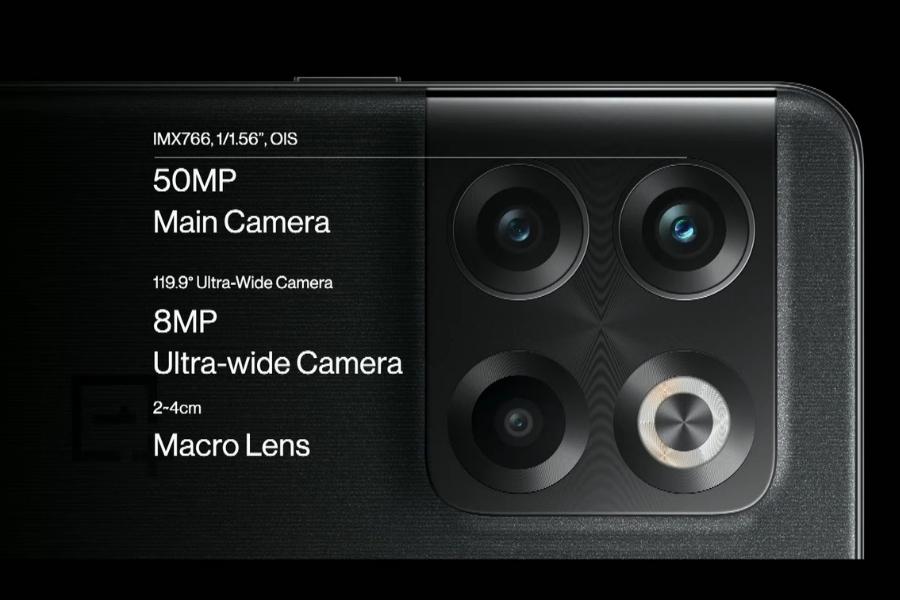 Rest of the specs:

OnePlus 10T offers a 4800mAh battery fueled by 150W fast charging. Besides at least 4 years of maintained battery health, it also promises excellent battery performance in temperatures of up to -20°C.

Other than that, the OnePlus 10T features a 360° Antenna System with 15 antennas for connectivity. It provides 60% faster downloads and 90% faster uploads. The phone has Bluetooth 5.2 with AAC, SBC, aptX HD, and LDAC support.