Three years ago, OnePlus surfaced into the world of a smartphone with its first flagship – the OnePlus One. It was one of the most polarizing devices ever which started to gain popularity even with the annoying ‘invite system’. The performance and features the One delivered at half the price of other flagship phones truly confirmed its tag as a ‘flagship killer’. Three years and 4 devices later, the Chinese company has come up with a camera-centric smartphone which does not compromise on performance by any means.

[Update: One Plus 5 is now available in Nepal. It is priced at Rs. 59,500 and is available from retail shops and e-commerce stores (Oliz store & Kaymu).]

The OnePlus 5 features some similar looking designs both at the front and back. While OnePlus didn’t opt for features like water resistance and edgeless display, it did go for the flagship processor of 2017 and an increased amount of RAM.

Talking about the new product, OnePlus’ head of North American communications, Eric Zarshenas, said, “We’re pretty conservative. We’re trying to do only stuff that we think benefits the user. We believe in the mission of making the best overall offering. It’s not about being the first. It’s not being different. And that doesn’t necessarily get us a ton of press.”

The OnePlus 5, like I mentioned before comes with a pretty familiar design. At the front, the device looks like its predecessors, the OnePlus 3 and OnePlus 3T with the difference being a little bit of curve on its four sides.

The design at the back has been a subject of much discussion as it shares its looks with the iPhone 7 Plus and the Oppo R11. There are dual cameras at the top left which is accompanied with dual LED flash.

The metallic back of the OnePlus 5 is made from anodized aluminum. This time around, the antenna bands have similar placement like that on the iPhone 7 and 7 Plus.

Unlike what almost all of the leaks suggested, the OnePlus 5 comes with a full HD display resolution. At the time when most companies are going with quad HD displays, OnePlus has stuck with the 1080p panel. Maybe this helps in cutting the cost of the device. Plus, unless a user is using a VR, he/she probably won’t notice any noticeable difference. The display has a length of 5.5-inch and is an Optic AMOLED panel. It is protected by Corning Gorilla Glass 5 which ends in a 2.5D curve.

2017 has been the year of edgeless and InfinityEdge displays. But the OnePlus 5 has a more traditional look with 16:9 aspect ratio. Undoubtedly, OnePlus is cashing in on the OnePlus 5’s dual rear-facing cameras for its sales. In the launch event/video, the presenters took some time to explain its cameras in detail. The device is equipped with 16-megapixel and 20-megapixel primary cameras with the former featuring a large f/1.7 aperture and the latter featuring f/2.6 aperture.

The camera on the OnePlus 5 has features such as Portrait mode, Optical Zoom, and Histogram. Just like the OnePlus 3 and 3T, it has a built-in manual mode to modify the camera setting according to user’s preference.

While the camera looks to be absolutely great on paper, we could yet be seeing another ‘more megapixel doesn’t necessarily mean better picture’ case here. The Verge and Mr. Mobile, popular review channels on YouTube, have already slagged off the quality of the camera with The Verge even going a step forward and calling the camera ‘mediocre’.

OnePlus had already announced that its newest flagship would be powered by an Octa-core Qualcomm Snapdragon 835 processor with 2.45 GHz clock speed. This wasn’t much of a surprise as OnePlus devices always boast flagship processors. Like the OnePlus 3 and 3T, the OnePlus 5 is aided by 6 GB of RAM. The company is also offering an 8 GB RAM variant which is available in the 128 GB model. For the smartphone, the Chinese manufacturer is using LPDDR4X RAM. The OnePlus 5 has Adreno 540 GPU under the hood. There is, however, no slot for expanding the internal memory. 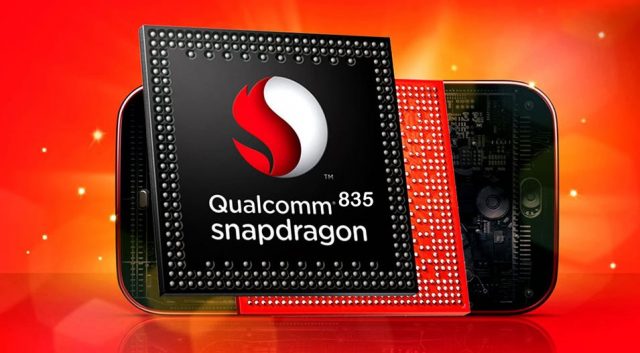 There is a front-mounted fingerprint sensor on the OnePlus 5 which has the capability to unlock the device in just 0.2 seconds. And yes, it does house a headphone jack.

The OnePlus 5 runs on Android v7.1.1, again, just like the OnePlus 3 and 3T. It has OxygenOS on top which is like a stock version of Android on steroids. Users can expect a lot of customizations which can help in some useful system level changes.

The OnePlus 5 now comes with better calibration and a reading mode which can turn the screen calibration into a monochrome mode when certain apps are selected.

The OnePlus 5 houses a 3,300 mAh battery which is supported by OnePlus’ very own dash charging technology. We expect the device to last for 4 – 5 hours of screen-on-time under heavy usage. But Dash Charging’s fast charging will surely charge up the device in under no time. The 3,300 mAh battery is surely a bummer for heavy users like me. I am currently using the OnePlus 3 as my primary device and even with around 5 hours of screen-on-time, I sometimes have to charge my smartphone twice a day.

Carl Pei said at the launch event that all tech websites got the pricing wrong as the OnePlus 5’s baseline model is priced at $479 (6 GB RAM and 64 GB storage). The higher end model, which has a whopping 8 GB RAM and 128 GB internal memory will set you back $539.

While the pricing might come as a disappointment to the OnePlus fans, this price tag was expected as the device comes with dual cameras and also because OnePlus has lately started to give attention to advertisements.

OnePlus will go on sale from the 27th of June, 2017 in the international market.

We are yet to receive a word regarding its launch in Nepal. But, according to some close source, the OnePlus 5 is all set to launch in July with an expected price to be around Rs.59,999. The phone will be available from oliz store and kaymu.

Here’s everything you need to know about the OnePlus 5: