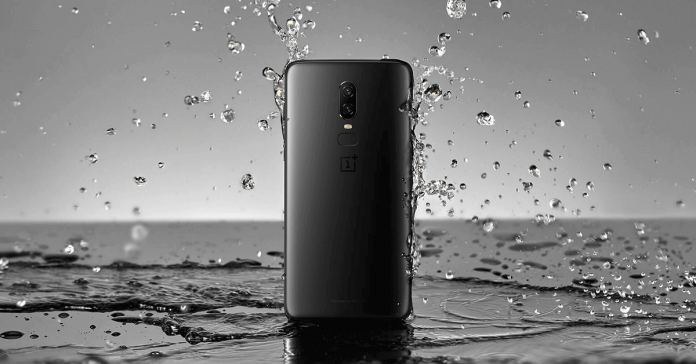 A few years ago, OnePlus was a new revolution in the smartphone industry. Providing industry’s top features in a budget price tag, the device started a whole new game in the smartphone world. Fast forward a few years, the company has launched the OnePlus 6 – its the first device to cross the $500 price barrier for the baseline model. I know, I know, we are at a time when most flagship smartphones have started selling for $1000. But still, for a device that started the budget-flagship trend, OnePlus is now selling the 256 GB storage of the OnePlus 6 for $629. I will let you be the judge on whether this premium price is a big deal or not. But for now, let’s talk about this new flagship from OnePlus.

The major upgrade to the OnePlus 6 over its predecessor, the OnePlus 5T, is in the design front. The newly launched device comes with a glass back and a notch up front. Very 2018! According to OnePlus, the company opted for glass because it provides a better signal, is more malleable and has a smooth touch.

The dual rear cameras are now vertical and have been placed in the middle with a fingerprint scanner sitting right below the lenses. Also, the Alert Slider has now been shifted to the right side. The bottom-firing speaker sits on the bottom alongside the charging port and a headphone jack. OnePlus has stayed traditional on the resolution of its new smartphone. The 6 has a full HD+ display (with 19:9 aspect ratio), which has helped the company cut cost. However, the major focus here is the notch on top. Although a lot of people hate the notch, it is what 2018 is giving us and I think it’s about time we get used to it. The OnePlus 6 has a smaller notch than the iPhone X’s. There is, however, an option to turn off the notch in the settings app.

The theme of yesterday’s event was “The Speed You Need” which basically explains what OnePlus is doing with the 6. Once again, the company has focused on making the performance faster than ever. With the Qualcomm Snapdragon 845 in place, the device now provides 30% more speed while using it.

On the software department, the OnePlus 6 runs on Android 8.1 Oreo out of the box with Oxygen OS on top. This software is near-stock and provides a lot of customization options which is certainly nice to have. OnePlus has yet again made some changes to its camera setup. Unlike the OnePlus 5T, the 16- and 20-megapixel rear-facing cameras are now focused on taking portrait photos as well. The 16-megapixel camera is now supported with OIS and EIS which will help with stabilization. This time around, OnePlus has upgraded the slow-motion feature on its device as the cameras can now capture 1080p slow-mo videos @240fps and 720p slow-mo videos @480fps. And the device is capable of shooting 4K videos @60fps as well. An update, later on, will also let users take portrait mode pictures from the front-facing camera.

Security and Other Features

OnePlus has also made its smartphone splash and rain resistant which is certainly a necessary feature. They probably didn’t include an IP rating to cut cost.

Carl Pei didn’t really talk much about the battery of the OnePlus 6 at the launch event yesterday. He did, however, mention OnePlus’ beloved feature – Dash Charge. Like most of the OnePlus devices, the 6 can provide users with a days power in just half an hour of charge. The OnePlus 6 houses a 3,300mAh battery and I think we can expect a battery life that’s similar to the 5/5T.

Well, like I mentioned before, the OnePlus 6 is the company’s first to cross the $500 price point. Here’s the full price list of the device: