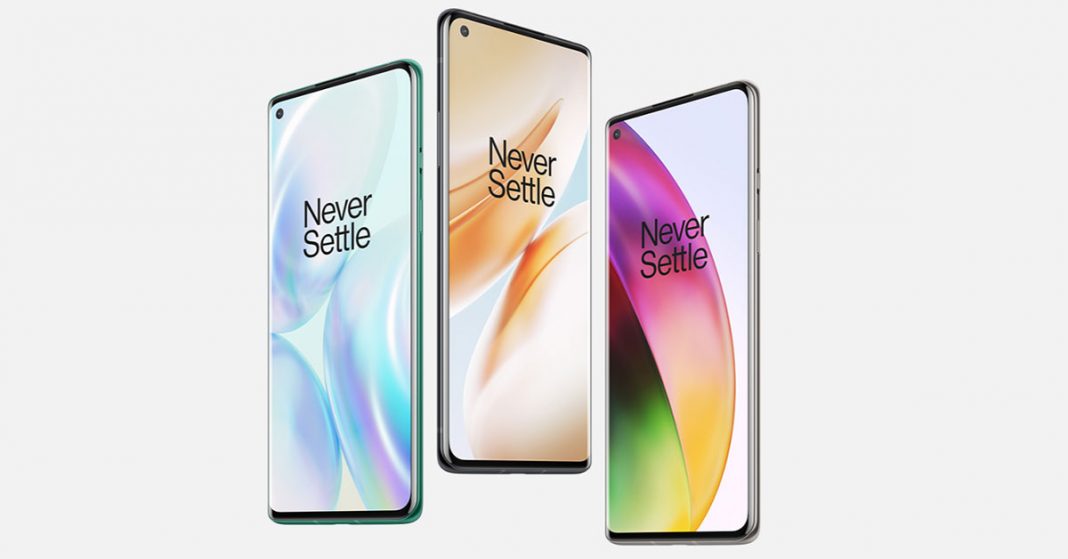 OnePlus has two devices on the 8 series, namely – OnePlus 8 and OnePlus 8 Pro. If we are to go by the spec-sheet, both of them are proper flagship phones of 2020, unlike previous phones from Oneplus. Announced back in April, these phones have finally arrived in Nepal. The delay is because of the ongoing lockdown in major cities and disruption in the supply chain due to COVID 19.

Since its inception in 2013, OnePlus has come a long way. It first launched the OnePlus One with the tagline of the flagship killer. And it was rightly so – flagship-level specs at a lower cost. The company’s stock has continued to rise. However, there are many competitors in the market that have tried to uproot the company’s status. Moreover, the price of the OnePlus 7 Pro also cast some doubts over the OnePlus’ status as a flagship killer.

Nonetheless, it has been able to hold its own till now and continues to be a brand that many people prefer. Now, with the launch of its OnePlus 8 series, it seems that the customer base will grow even further.

The standard OnePlus 8 is labeled as more of a “compact flagship” device. Barring a few things, it shares a lot of its specs with the OnePlus 8 Pro. Let’s start with the display. The OnePlus 8 sports a smaller 6.55-inch Fluid AMOLED display with Full HD+ resolution of 2400 x 1080 pixels.

Furthermore, it will share the “first device from OnePlus to feature a punch-hole cutout to house the front camera” title alongside the OnePlus 8 Pro. Oh, and not to forget, the refresh rate on this one will be of 90Hz only as compared to the superior 120Hz of that of the Pro variant.

Moving on, the camera setup on the back is a triple-camera array. lt has a 48MP Sony IMX586 as the primary lens of the setup. It will be further complemented by a 16MP ultra-wide lens with 116-degree FOV and a 2MP dedicated macro lens. Upfront, the selfie camera is the 16MP Sony IMX471 shooter, similar to that of the OnePlus 8 Pro. And as mentioned above, it is housed inside the punch-hole cutout. 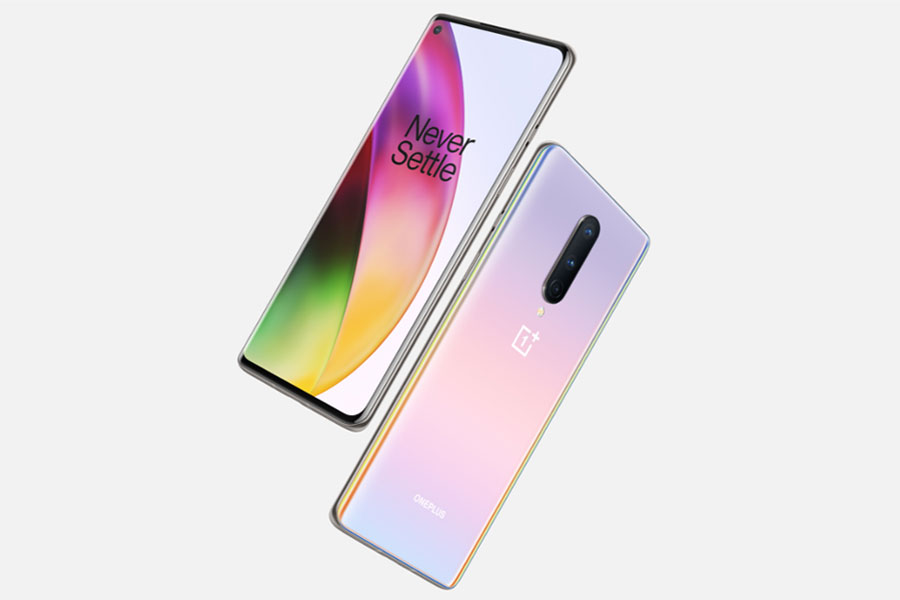 Under the hood, the OnePlus 8 uses the Snapdragon 865 SoC to do all the processing. The RAM options available are of 8GB and 12GB LPDDR4X. Now, the Pro version has a 12GB RAM variant with SD 865 under the hood as well. Thus, it will be interesting to see how both these devices compare in terms of speed and performance.

Power-wise, the device packs in a huge 4300mAh battery that supports Warp Charge 30T. Sadly, however, it does not support wireless charging, nor does it have an IP68 rating. Color options for the OnePlus 8 include Onyx Black, Glacial Green, and Interstellar Glow. Now, this new Interstellar Glow is a sort of a reflective material that gives out different shades based on the angle of view. However, this does remind me of the Aura Glow option of the Samsung Galaxy Note 10.

The official price of OnePlus 8 in Nepal is Rs. 93,000 for the 12/256GB variant. You can purchase the phone from Olizstore. The 8/128GB variant is not available in Nepal yet.