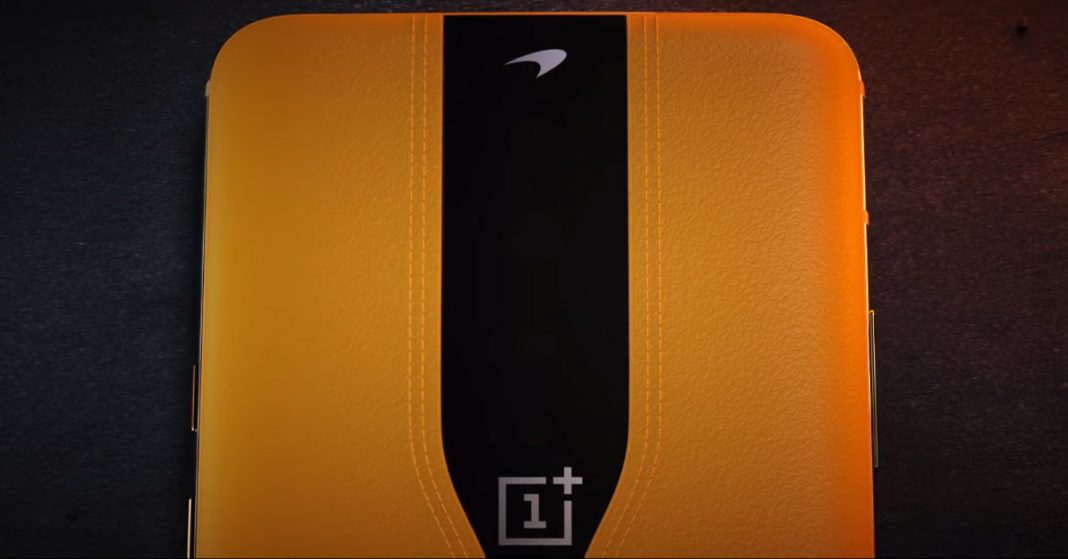 At the end of 2019, the Chinese smartphone brand OnePlus confirmed its presence in the Consumer Electronics Show (CES) 2020. It was going to be OnePlus’ first appearance on the show. Amidst all the speculation of what they would bring to the show, the company broke the silence by releasing a sneak peek video of the upcoming OnePlus Concept One. Video revealed the invisible triple camera setup.

The teaser showed a phone with a gold plated frame. The screen seemed too-curvy at the edges. At the back, it showed a triple camera setup placed vertically in the middle. Though initially hidden, the camera module appeared magically at the end of the video. it was followed by two texts reading “Alternate Design” Alternate Future”.

OnePlus Concept One as of now…

In the latest video, OnePlus has confirmed a collaboration with McLaren for the Concept One model. The design of the phone is inspired by McLaren 720S Spider sports car. With the notch-less display and a pop-up camera, it is difficult to distinguish between OnePlus Concept One and Oneplus 7T Pro. However, the former comes with Orange leather back.

As for the rear camera, the triple camera setup is well hidden under a layer of glass. It appears only when the camera app is launched. However, if you look closely under sufficient light,  you can notice the outline of the to-be-hidden camera. The transition from opaque to transparent and vice verse takes about 0.7 seconds. Science Behind the Hidden Camera

You may be wondering how Oneplus managed to pull off the hidden camera trick. It is due to the layer of electrochromic glass on top of the camera setup. Though it is the first time it has appeared in a smartphone, the electrochromic glass has been used extensively by McLaren in its car for sunroofs. Don’t discredit OnePlus too soon. While the sunroof takes about 5 seconds to make the transition between opaque to transparent, OnePlus has reduced it to 0.7 seconds in Concept One.

The electrochromic glass is a special type of glass which switches between opaque to transparent and vice-versa based on the exposure to current. When current is applied to the glass it becomes transparent and remains as long as the effect of current lasts.

Still in its infancy, the Concept One will still need further enhancement and development before it becomes a finished product. But we have already thought of where it can be useful.

As you may have noticed, there has been a trend of launching phones with multiples cameras. The growing number of the camera has been sort of an issue for smartphone designers. The electrochromic glass can stop smartphones from getting ugly.

The glass can also profit the photographers. Under the semi-transparent state, the glass can be deployed as a neutral density filter under bright light.

While the new-technology sounds interesting, it comes with its own challenges. First of all, the phone with electrochromic glass will definitely be more expensive than a phone without it. It may seem like a marketing gimmick to many of the users.

Technically, there are two things to be taken care of – time and power management. As we stated earlier, an average electrochromic glass takes about 5 seconds to make the transition from opaque to transparent and vice versa. It is an awful lot of time to wait for the camera to be usable.

The electrochromic glass mechanism is based on the flow of current. So, it is extremely important to make the phone power-efficient as smartphones don’t come with supercars’ batteries.

So what do you make of the OnePlus Concept One? Do you think phones with a hidden camera will be the next big thing? Let us know in the comment section below.

Also, check out our unboxing video of the OnePlus 7T!