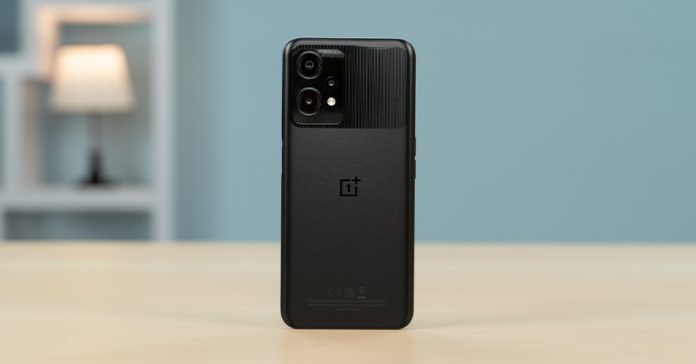 In this review, I will be talking all about the OnePlus Nord CE 2 Lite. OnePlus’ 2022 lineup of smartphones has been… a bit underwhelming so far. And no, it’s not merely because of the OxygenOS-Color OS merger. Instead, it’s because how OnePlus has mostly been rebranding phones from its sister companies to fill up its portfolio, which… hasn’t been well received by the fans.

One such product is the Nord CE 2 Lite, which is basically the twin brother of the Realme 9 Pro. Except for the branding on the  back alongside some visual tweaks, these two phones share similar specifications. Besides looks, the only other notable difference you’ll find is in the cameras since the Nord CE 2 Lite lacks Realme 9 Pro’s ultrawide sensor. So logically, one would expect this guy to cost considerably less or no more than the 9 Pro, right?

However, for no apparent reason, it costs an extra thousand bucks in India across all the memory variants. Because of this, it certainly looks like an overpriced phone for the price. 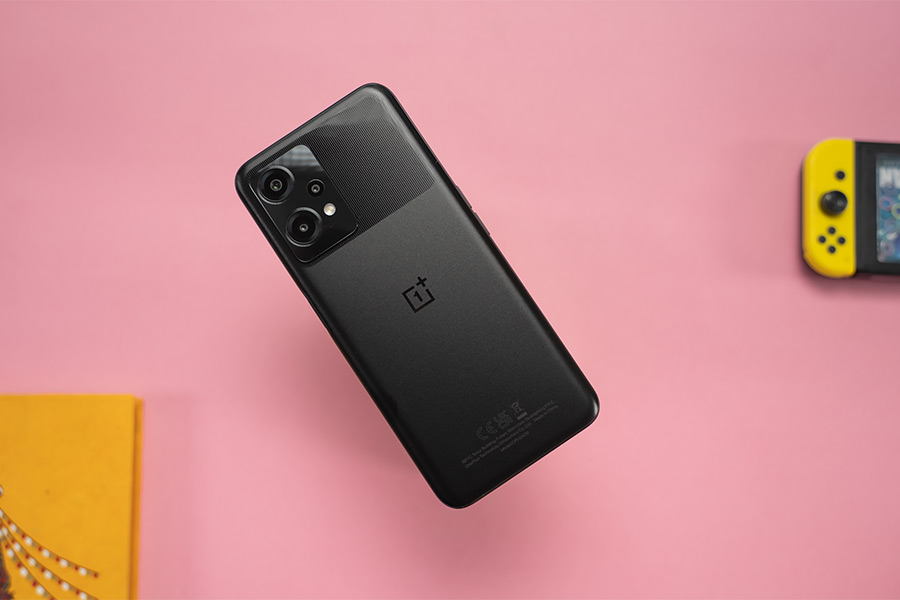 Even its design feels anything but OnePlus. I’m especially not a fan of this glossy strip running edge-to-edge through the camera module—something I’ve never seen on a OnePlus phone before. And it feels a bit wide for my hands as well. While this is definitely not to the point of any discomfort or anything—and you will likely grow used to it after a day or two—but it lacks the classic OnePlus traits. Speaking of which, there is no alert slider either. 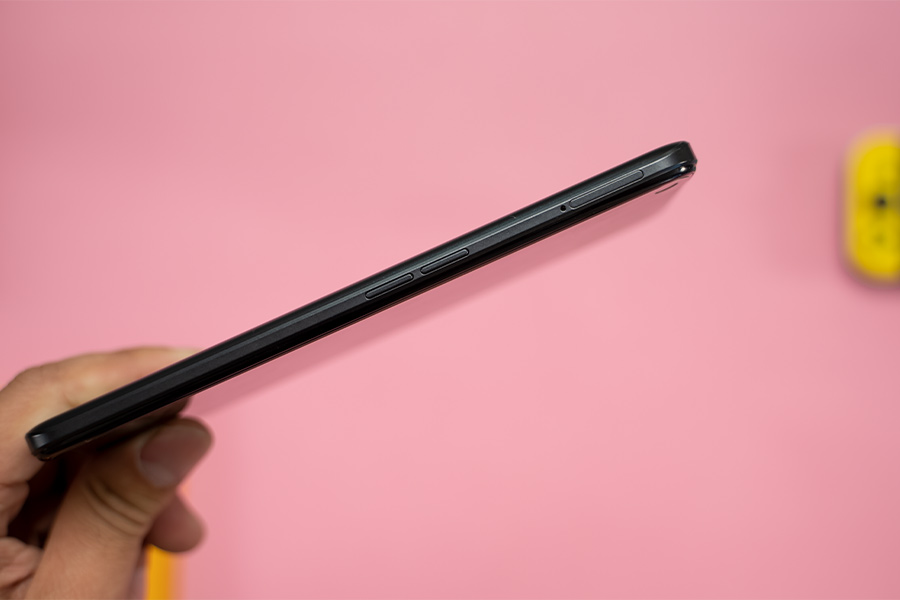 Moreover, even when charging a premium above the Realme 9 Pro, the company hasn’t offered an IP rating or hardened glass protection of any sort here. I did find the phone to have a pretty robust build quality since it survived a couple of severe falls from my tea table with nothing to show for. Then again, the incident reminded me to put on a case since it has an all-plastic build and I couldn’t risk getting scratches on this review unit.

On a positive note, the Nord CE 2 Lite isn’t that heavy to hold—thanks to the excellent weight distribution and ergonomic design. For security, there is a fingerprint sensor embedded into the power button which is quite reliable and accurate for the most part.

On the front, you get a 6.59-inch screen with a Full HD resolution. While it’s not an AMOLED panel, it does support a 120Hz refresh rate, making things like scrolling through the UI a fairly smooth experience. OnePlus also says that it has used an energy-saving LCD which doesn’t take a toll on the battery. While we can’t really speak to the accuracy of that claim, we all know LCD comes nowhere near AMOLED displays when it comes to preserving battery life. 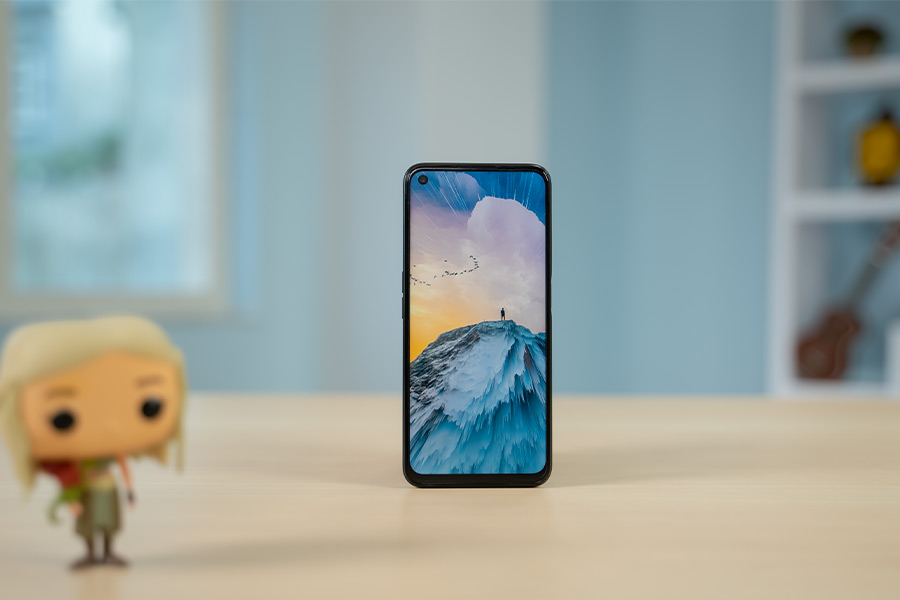 Anyway, the actual quality of this screen is quite good. The viewing angles are pretty nice, and the colors look fairly pleasing for an LCD panel too. The phone is also Widevine L1 certified for HD playback on OTT platforms like Netflix—but do note that it lacks any form of HDR playback.

Talking about content consumption, the Nord CE 2 Lite rocks a mono speaker at the bottom which can get fairly loud. And there’s no such issue as distortion at the highest volume either. Yet, I am once again disappointed with OnePlus in this regard since the company could easily provide stereo speakers here. 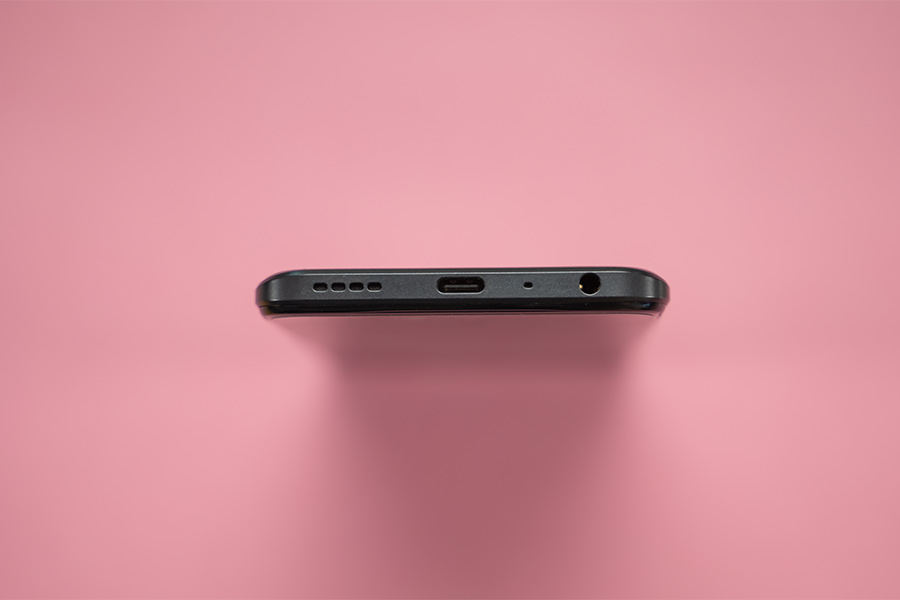 To compare, companies like Xiaomi and POCO have been readily offering a contrast-rich AMOLED display paired with a great-quality stereo speaker setup in similarly-priced phones. Moreover, the haptics on the Nord CE 2 Lite is nothing to write home about either. But I’ve had no issue regarding call quality on this phone though.

Getting to the performance side of things, the Nord CE 2 Lite is powered by Qualcomm’s Snapdragon 695 5G chipset. OnePlus has coupled it with either 6, or 8GB LPDDR4X RAM and 128GB of UFS 2.2 internal storage. 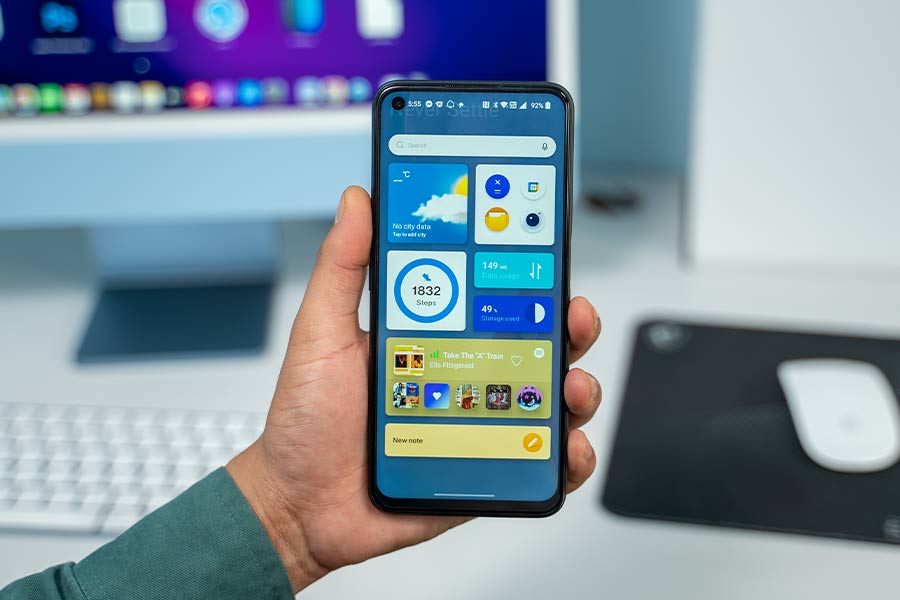 Here, our review unit of the phone with 8GB RAM has left no room for complaints when it comes to day-to-day usage. Apps open up quick enough and the RAM management is pretty commendable too.

And unlike the Redmi Note 11 Pro 5G which features the same SoC, there are no micro stutters or lags here—all thanks to the well-optimized OS. More importantly, the phone runs on the latest version of OxygenOS which is built on Android 12. While the company dared to ship the standard Nord CE 2 with Android 11-based OxygenOS, this is surely a positive development.

Not only this but the CE 2 Lite is guaranteed to receive 2 generations of OS and 3 years of security updates as well. And if you’re worried about what the new OS is like, then let me tell you that this version of OnePlus’s custom skin is still following the old trajectory.

I mean, the phone still offers a no-nonsense bloatware-free experience with a handful of OnePlus-exclusive features like the Shelf and Zen Mode. Sure, there are some ColorOS elements in the interface here and there, but I’m good with it as long as it doesn’t break the user experience.

Moving on, although the Snapdragon 695 is not that great in the gaming arena, I did play a handful of demanding games on this phone. To begin with, PUBG Mobile runs flawlessly at Balanced graphics and Ultra frame rate. After about 20 minutes into the game, the CPU temperature rose to 43°C which isn’t that bad considering the ambient temperature during these summer days. 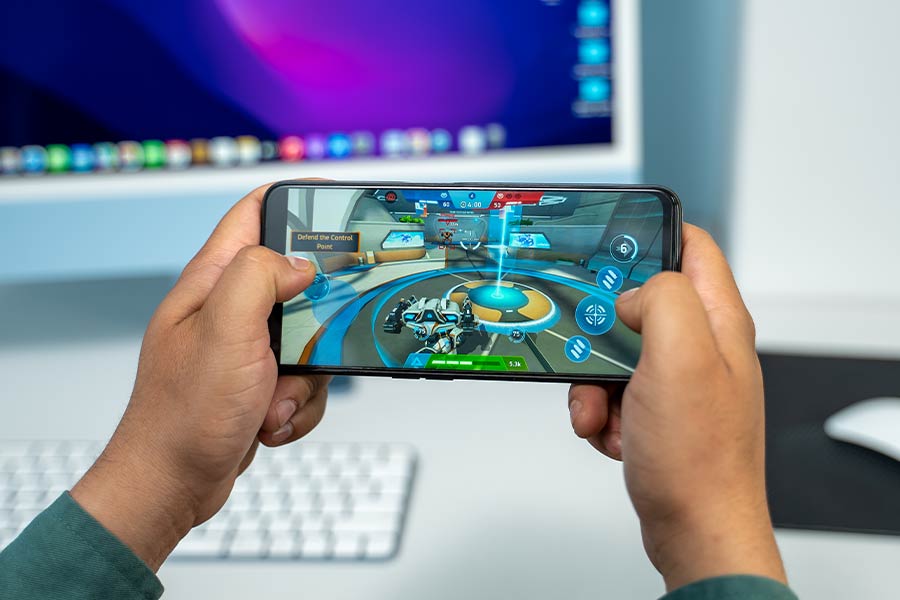 Likewise, Call of Duty Mobile yields the best results at Medium graphics and Max frame rate. The thermal performance here was fairly commendable as well, with CPU and battery temperatures similar to before.

Finally, I also tried a few 120 fps games like Oddmar and Critical Ops, but OnePlus hasn’t tuned them to run at their best capacity on this phone. 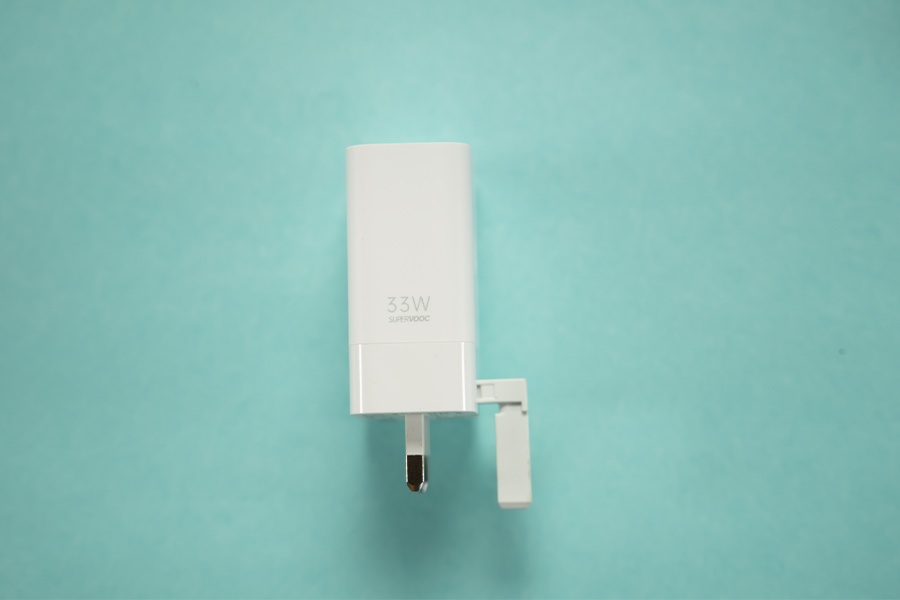 Regardless, Nord CE 2 Lite’s battery life is great—thanks to the massive 5000mAh battery and a power-efficient 6nm chip. As a result, even with heavy usage consisting of hours of content consumption, shooting photos/videos, and casual web browsing, I was able to get 7 to 8 hours of screen-on time. Similarly, the phone goes from 0 to 100% in around 1 hour and 10 minutes with the 33W SuperVOOC charger that you get inside the box.

Okay, let’s talk cameras now. And hardware-wise, it looks pretty generic. Like I said in the beginning, the Nord CE 2 Lite skips an ultrawide shooter. And its triple camera setup at the back consists of a 64MP primary lens, a 2MP macro, and a 2MP depth sensor.

I compared its camera with the Redmi Note 11 Pro 5G and found that OnePlus’s photos come out brighter and with boosted colors most of the time. While this is visually appealing to many, it sometimes over-saturates the image to the point where it looks completely unnatural.

On the other hand, none of the phones retain a natural skin tone when it comes to portraits. But then again, the Nord CE 2 Lite’s brighter results look somewhat pleasing to the eyes. Selfies share a similar story too.

Yet, Redmi wins over OnePlus in terms of nighttime photography, since it manages to handle exposure and sharpness a lot more effectively.

And when turning on Night Mode, the Note 11 Pro delivers consistent and reliable results almost all the time.

On the videography side, neither of them support 1080p 60 fps recording and the highest you can record is at 1080p 30 fps. And here, the Note 11 Pro 5G delivers a comparatively stable result whereas Nord CE 2 Lite’s videos are incredibly shaky. Also, the selfie videos aren’t as steady on this phone, whereas exposure maintenance is pretty bad on both of them.

Okay so after using the OnePlus Nord CE 2 Lite for almost two weeks, what do I think of this phone? Well, while it does offer satisfactory performance and a clean software experience, I wish OnePlus had gone with a more compelling set of features like an AMOLED display, IP rating, and stereo speakers to match the competition.

So, instead of just repackaging products of its sister companies, OnePlus could have done a better job by launching a more competitive device instead. Therefore, I am not convinced to recommend the Nord CE 2 Lite over the likes of Redmi Note 11 Pro 5G or the Poco X4 Pro 5G since they deliver a much better all-rounder experience.