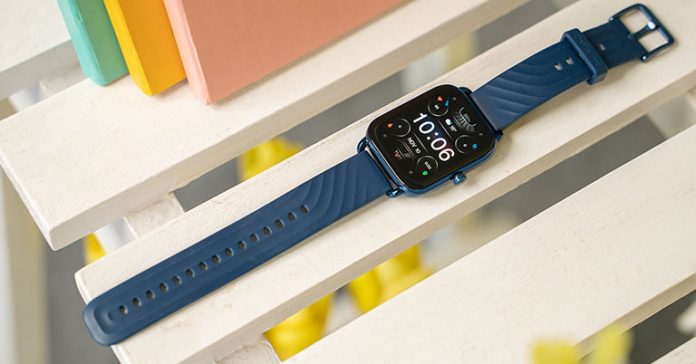 It was announced like a month ago, so I bought it right away for review. And since it cost me a good Rs. 5,000 Indian rupees, I had decent expectations from it. But as the saying goes “expectations are the thieves of joy”, that’s exactly how I feel about this watch after using it for about a few days.

Before sharing my experience with the OnePlus Nord Watch, let me clarify to you guys that this is indeed a rebranded product. But weirdly enough, it’s not inspired by any OPPO smartwatch. Its specifications are in fact identical to those of the Haylou RS4 Plus instead. Not just that, the “N Health” companion app for the Nord Watch is the same as the “Haylou Fun” app as well. 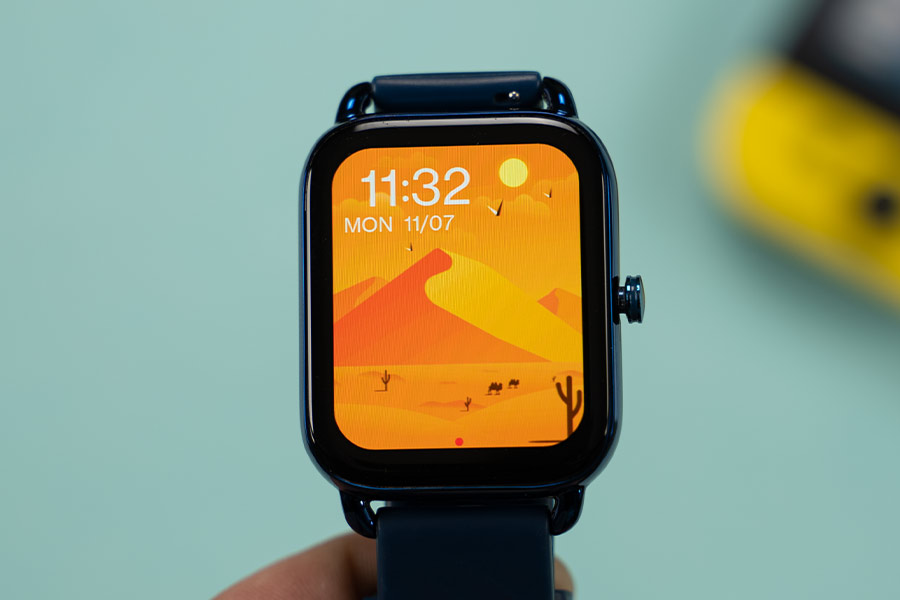 And the funny thing is, despite all this similar foundation, OnePlus hasn’t done it right this time either. For starters, the reason why the OnePlus Band and the OnePlus Watch were pretty bad products is because of their limited and unpolished software experience. Including unreliable health tracking, app issues, and such. And you’ll have the same experience with the Nord Watch too.

It boots on an open-source software platform called “RTOS”, which offers basic navigation features like a control center on the top, with all the notifications at the bottom, and the widgets laid out on the sides. And that “N Health” app I talked about earlier has a generic UI with decent customization options. It lets you view health and exercise data, change your watch face, and do other simple things. Likewise, the health tracking features that the Nord Watch offers are pretty basic as well. You can keep track of your steps, sleep, heart rate, SpO2, and other metrics here which are very common on much more affordable smartwatches these days.

But the real disappointment kicks in when you find out that even such basic features don’t work properly here. For instance, the watch wasn’t able to track my sleep cycle accurately most of the time. It detects the time I get up nearly 15 minutes after I actually woke up. And it couldn’t record my short naps in the middle of the day either. Similarly, you can only get SpO2 blood oxygen measurements during the night on the Nord Watch.. it doesn’t support SpO2 monitoring all through the day. Besides that, I would’ve also liked to get an alert of some kind in case my SpO2 level goes above or below a certain level, but that is missing too.

This watch also has an auto-workout detection feature for a couple of exercises like running and walking. But in all my time wearing it on my wrist, it hasn’t once detected my runs or walks. Yeah, not even once! How disappointing is that! And its sedentary reminder feature, which is supposed to remind me to get up and move every now and then, is completely ineffective too.

That’s not all—the OnePlus Nord Watch is incompetent on a few basic things expected from a “smart” watch too. For example, the raise-to-wake feature simply doesn’t work here. I have enabled it in the display settings, but when looking at the control center, it shows it’s disabled somehow. And no matter how much you try to enable it again, it doesn’t work. Another thing this watch doesn’t do well is sync incoming calls.

I mean, all of these are the most basic features you’d expect from a budget smartwatch and they’re still not done right here. This is certainly not a good sign for OnePlus which is trying to enter a market already crowded with a bunch of well-established smartwatch makers such as Amazfit, Realme, Xiaomi, and such.

But I must say that the animations and the UI responsiveness of the Nord Watch are actually pretty good. There’s no choppiness in the interface, which is mostly thanks to the smooth 60Hz display. And since it uses an AMOLED panel, the colors also look nice and punchy. Considering its display size, the bezels don’t look that thick either. 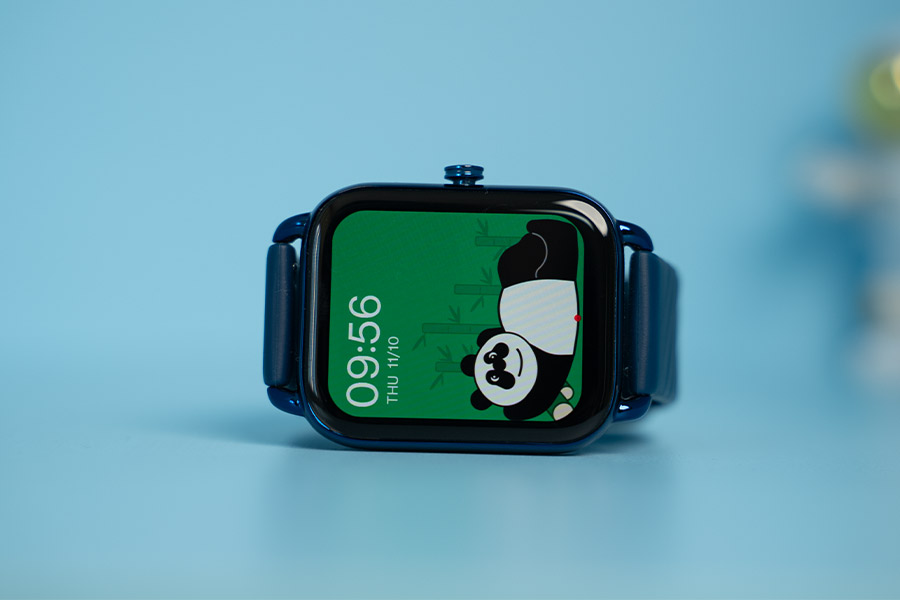 The watch face options available on the Nord Watch are pretty generic as well. But you don’t get any customizable options. So if you’re someone like me who likes to juggle between multiple dial faces, I’m pretty sure it’s going to be a struggle to find a good watch face here!

OnePlus is also playing it safe when it comes to design. I’m not saying that there’s anything wrong with this squared form factor in any way, but this thing is heavily inspired by an Apple Watch. I would’ve liked it more if OnePlus had added a bit of its own personality here. On a positive note, it has a good metal build quality with a shiny finish to it which looks somewhat premium. 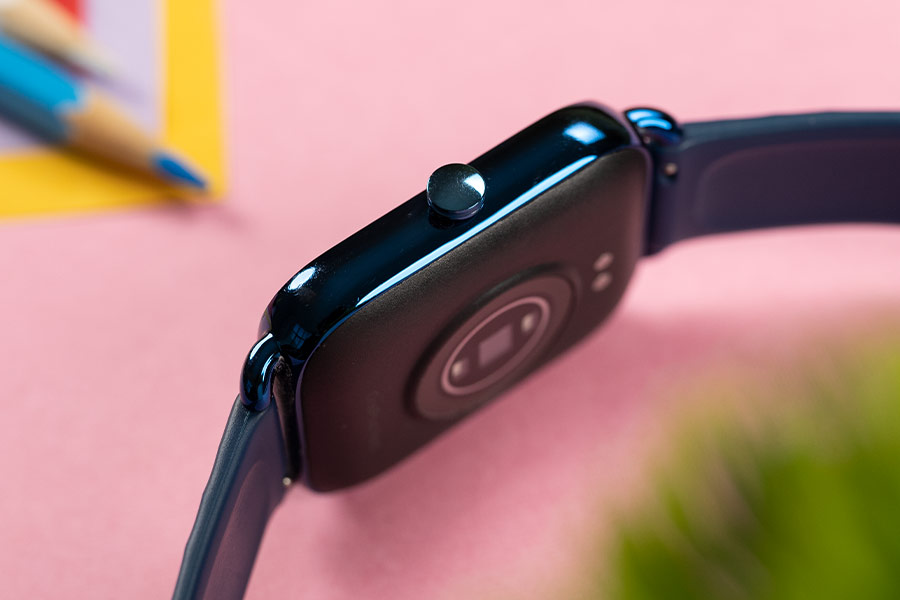 It’s also IP68 certified, so you don’t have to worry about dust or water damage. The watch strap is comfortable to wear and I haven’t experienced any sort of itching or discomfort on my wrist either.

The one thing that’s absolutely incredible about the OnePlus Nord Watch is its battery life. On a full charge, I was getting about 8-9 days of juice. But I must mention that such impressive battery endurance is only possible because OnePlus has skipped a bunch of essential features here, while some of them flat-out don’t work. As I discussed earlier. And I forgot to mention before but it doesn’t support Always-on Display as well. Overall, despite having a nice design, a bright display, and long battery life, none of this matters since its software side of things is an utter mess. I’m hopeful that OnePlus patches these issues via future software updates. However, it’s already been a month since this thing has been launched and it hasn’t been fixed yet!

So actually, what I feel about OnePlus—as a brand—right now is that it’s no longer selling a product. It is selling its brand name instead, to peddle up the sales. This has kind of worked in the company’s favor for now since the budget smartphones in the Nord series have been a huge success despite their mediocre specifications.

So I wouldn’t be surprised to see people buying the Nord Watch due to OnePlus’ brand value. But the real truth is that you can find much better alternatives in the market like the Realme Watch 3 Pro or the Amazfit GTS 4 mini that doesn’t suck at being a smartwatch in the first place.