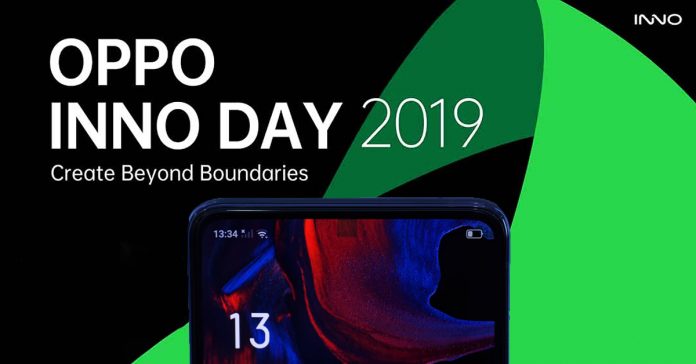 “Necessity is the mother of invention”, they say. To stay relevant and successful in the smartphone industry, the manufacturers have got to be innovative. Or else, they’ll just fade away from the market like tears in rain (successful Blade Runner reference! Woo!). And who else to drive the industry forward than the Chinese OEMs. Lately, it feels like they’ve been doing all innovation when it comes to modern-day smartphones. OPPO is adding to the testimonial as it finally unveiled an Under Screen Camera phone sans any port, to the public. Xiaomi, the ball’s on your court now.

In its first-ever publicized “INNO Day” event, OPPO showcased a couple of its new innovations like the 5G CPE and AR Glasses. Amidst all this, the company also revealed its “Under Screen Camera (USC)” to the public, which has been in the wind for a while now. OPPO had teased the USC back in June 2019 in MWC Shanghai. This time around, the company actually let a bunch of reviewers and testers get hands-on experience with the technology. What we can make of this is that OPPO’s made some improvements to the camera within this time period.

Before jumping to any conclusion, the USC phone is still in the prototype stage. So, it may be a while before OPPO takes the design into mass production.

On a quick glance, you won’t be able to notice the front-facing camera’s “cutout”. But upon closer inspection, a square-shaped pixelated distinction on the top center of the display can be noticed, especially when the display serves a bright content. Despite the challenge, OPPO says that it will not compromise on camera or display quality to achieve this feat. The selfie camera incorporates a bigger sensor, as well as a tweaked OLED panel to make the technology practically possible.

Though the sample unit provided to the audience was just a prototype unit, the button-less and port-less design is still worth the discussion. The phone features a glass back and rounded corners like any other OPPO smartphone. Despite not having the company’s “Waterfall Screen” with wide display curvature, the prototype unit came with absolutely zero buttons or ports, not even for charging.

Yeah, the concept of a single slab of hardware looks good on paper but is it practical enough? I mean, taking the getting-used-to part aside, what about other aspects like charging, or repairability? Now OPPO has fortified the charging by embedding a fast 30W wireless VOOC charging. But come on, you’d need to carry around a giant charging dock every time you travel.

This type of design also facilitates the culture of unnecessary frequent smartphone purchases, which takes a toll on the global carbon footprint. Moreover, while many of you may be excited about an under-screen camera, I for one am not particularly hyped. It’s just a front-facing camera; how often do you go on about using them, such that anything besides a completely bezel-less display simply won’t suffice? A pop-up mechanism works just fine!

Anyways, this is where the industry is headed it seems. We’ve already seen teasers from Xiaomi working on a similar technology while there have been rumors that Samsung is coming up with one too. Is the Under Screen Camera from OPPO the next “big thing” in the smartphone market? What do you think?