Home Cryptocurrency Will Pi Coin be the next big thing in the world of... 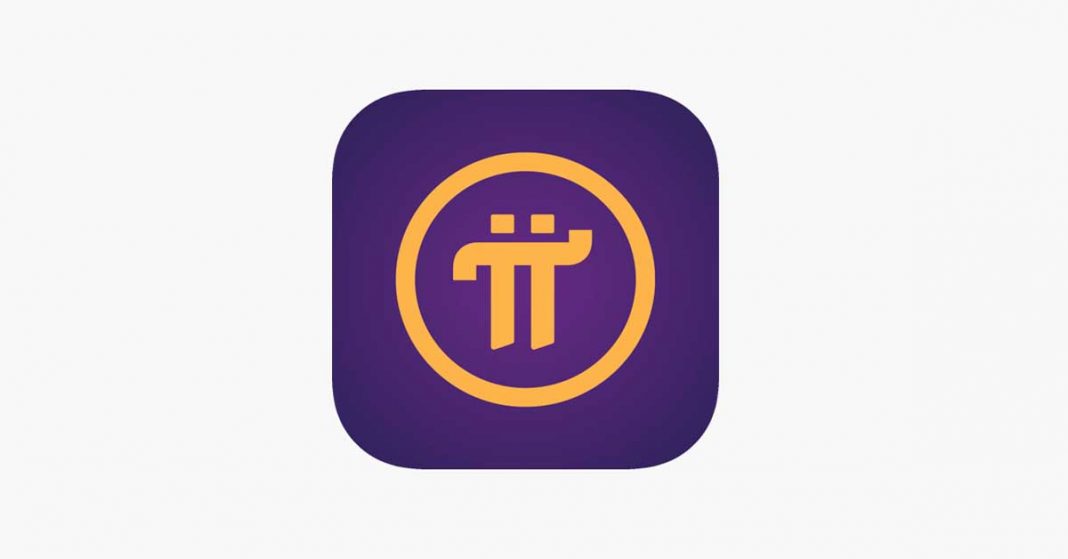 Money has continuously evolved and changed its form. Today, digital currencies are what suits the requirements of the digital world. Digital currencies focus on decentralizing the currency to make the privacy-oriented transactions. Cryptocurrency is a digital currency that can be used to transfer assets from person to person in a decentralized way. They are not regulated by any banks or any other central authorities. These coins are all digital and have no physical presence. Cryptocurrencies can be bought from exchanges and stored in wallets, exchange wallets, or hardware storage disk. They are also distributed across the whole network, so even if one part fails no data is lost. And interestingly, Pi coin is the first & only cryptocurrency that you can mine on your phone.

“Pi Network” is a smart platform that allows users to earn Pi cryptocurrency from any mobile device. Beta version of the app was launched in March 2019 by three individuals from Stanford. And two of them hold PhDs. They aim to create a secure, immutable, non-counterfeit and interoperable source of digital money. They are going to do this by using distributed ledger technology and making use of the stellar consensus protocol.

Pi Network is secured and operated by its community, i.e. its users and their joint engagement. Pi is mined through proof of consensus, which is basically where your phone communicates with a bunch of nodes, and the nodes collectively decide on what the solution to the next block is. Whereas in Bitcoin, the solution is already set and whoever gets it first gets the reward. 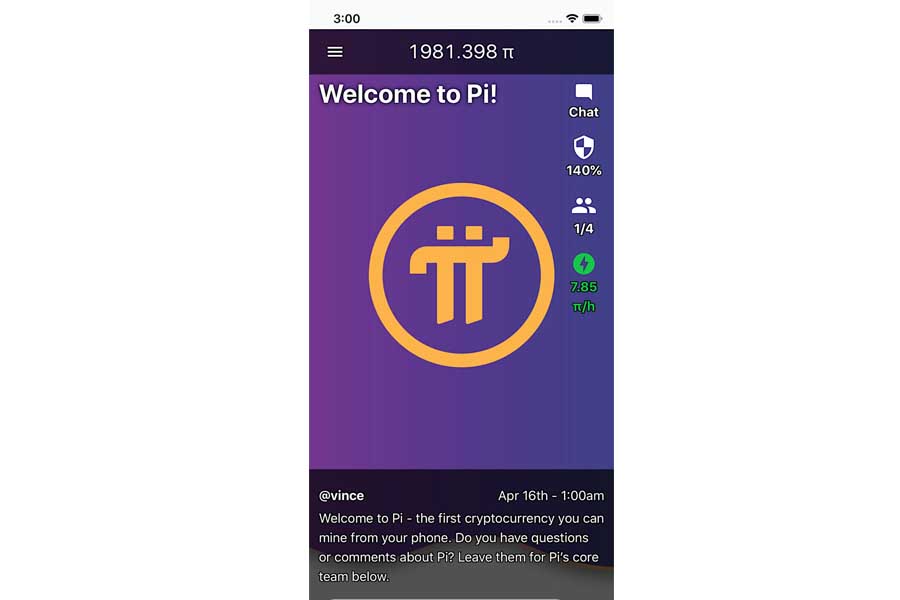 There are simple steps to connect to a Pi network and start mining the cryptocurrency – Pi Coin. First, you download their app and specify the registration method: Facebook or phone number. You will also be required to fill in an invitation code to join the network as it relies on secure circles. Each user receives one “Pi” per account upon registration. To mine, you just have to open the app and click on the ‘mine’ button every 24-hours to prove that you are a credible contributor to the network. The app doesn’t need to run in the background, so you can close it and open it after 24-hours and click on the button to mine. There is currently no way to invest in shares but more options will hopefully become available as the app gains more popularity. The mining for Pi Network is done a four-tier basis:

Someone who uses the mobile app to interact with the network daily. They do this by signing in to verify their identity and requesting transactions that can be sent or receive Pi over the Pi network. It is the entry-level rank for all users. Initially, it’s production size is 0.39 pi/h, which you can increase to 0.49 pi/h by participating in the referral program during registration.

Someone who adds other people to their network within Pi. This information then goes together to create a shared trust graph. You need to mine cryptocurrency for three days to receive this rank.

Somebody who recruits other individuals to come over and join Pi network whether they are pioneers, contributors, or ambassadors. The ambassador and the referee will receive a 25% referral bonus for signing up to the network. This rank is for the users who invite other members to connect to the Pi Network.

Someone who is physically running a node on a desktop or laptop and will maintain the distributed ledger. This is for members who have connected additional equipment to the network. It is still under development.

This app doesn’t drain your battery or use your RAM in the background. This is because it doesn’t rely on proof of work. Instead, it relies on the number of users you have in your secure circles. And the more your mining rate is, the more Pi coin you get. To withdraw coins (once that becomes an option), your device needs to be verified. And if you’re not from the US or Canada, this will entail sending a text to the UK or US number, which may subject to certain rates and restrictions in your jurisdiction. Creators have published the whitepaper of the project on their site which gives you some more detailed information on how it all works so you can examine for yourself if you want to give it a shot or not.

How is it different from other cryptocurrency?

Some of the key differences between Pi Network and other blockchains are the fact that rewards are paid out daily. They are not paid out per block, and they are also spread across the entire network so as long as you interact with the network, you will receive a payout at the end of the day. The white paper discusses the availability of free transactions depending on network congestion. Once the network becomes heavily congested, then miners will be able to sort through transactions based on a fee system with higher fees being dealt with first and everybody else having to wait based on the amount of fee they want to pay.

At present, there is no fixed supply and the total supply is unknown. Once the project officially launches, the total supply will be worked out. The tokens that people are earning right now are acting as a faucet and are a visual representation of tokens that will be created in the Genesis block when the main net launches.

Pi network is rapidly expanding and as of right now it has more than 800k engaged users. It could be the next big thing for all we know. It is free to join so no one stands anything to lose by downloading the app. But it is highly recommended to do your research before you decide to delve further. You can also find the Pi network on Instagram, Facebook, and Twitter for more information.

Check out our comparison of the Realme 6 Pro & POCO X2!