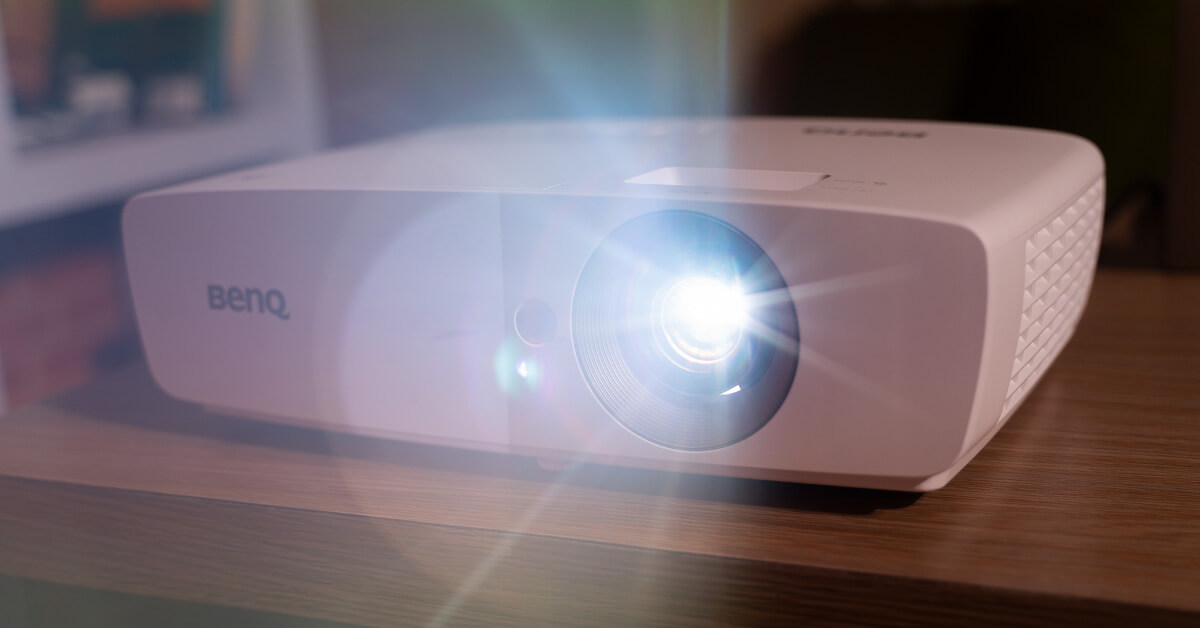 Be it for giving project overview in college or for demonstrating the plans and visions in the office conferences, we often need the help of a projector. The scope of the projector doesn’t quite end there. Some of the projectors can also be used as a home theatre.  In recent days, projectors are also getting popular on screening grand events amongst a large mass of people. So for their portability and widespread use, people’s preference for the projectors is growing at a rapid pace. Since it’s getting so popular we thought why not do some review on the projectors. However, there are too many tech jargons associated with projectors. So we thought we should get started by simplifying all those terms and helping people decide the best one for them. So here is our very first projector buying guide. 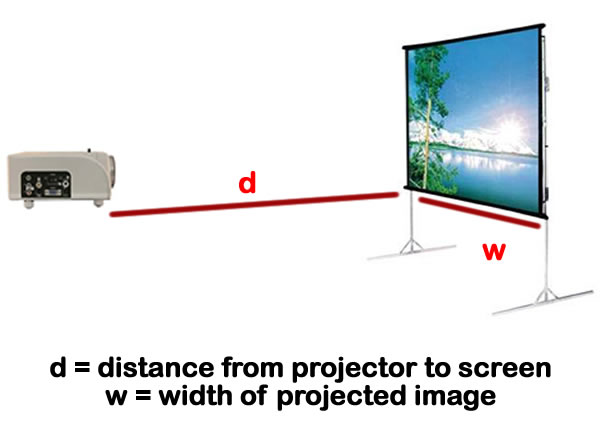 Even if you are choosing a projector to create a home theater, you need to determine one understanding the size and structure of the theatre room. It also offers better flexibility as it lets you alter the size of the image depending upon the size and distance of the screen. So if you are getting a new projector, make sure it has a zoom capability.

Although all the projectors may look similar in terms design, the technology used to project the image into the screen could vary from one projector to another.  And there are mainly three projecting techniques broadly used on the projectors: DLP, LCD, and LED.

Let’s talk about DLP technology first. DLP or the digital light processing technique uses millions of microscopic mirrors to generate an image. Each mirror is associated with a light point and the mirror corresponds to the source with a tilting movement depending on the color of light it’s emitting. Since a mirror is microscopic and the movement is so subtle, the movements are not visible to the naked eyes.

The advantage with the DLP projectors is that they can deliver sharp images, don’t need any filters, have a better response time and can project 3D images. However, most of the DLP projector comes with color ghosting effect. Also, the effective life of a lamp on a DLP projector is only 2000-5000 hours.

Since the DLP projectors use microscopic mirrors, it requires relatively smaller spaces. That’s the reason why the modern-day ultraportable projects often come with DLP technology. On the other hand, LCD projectors use liquid crystal displays, so no moving parts are involved while projecting an image into the screen. Even on the LCD category, you can find 1-chip and 3-chip LCD. Single-chip LCD is the most basic type of LCD projecting technology, which is used most on the inexpensive projectors. On the other hand, 3-chip is a more sophisticated type. It offers better color saturation, lower noise levels and works better for the movies. However, LCD projectors output less contrast and require constant filter maintenance. So there is a fair bit of tradeoff as well.

Talking about the LED projectors, they use physical light-emitting diodes. Since the LEDs are proficient when it comes to portraying deeper blacks, the contrast ratio is usually impressive on these models. Since the LED projector consumes less power, generate less heat, delivers better colors, and has a long lifespan, they are usually the best in the business. However, these kinds of projectors have limited brightness. So we do not recommend it in the rooms with a lot of ambient light.

Since the brightness such an important aspect, let’s talk about it now. Every projector has a light intensity while projecting an image into the screen. They are generally specified in terms of ANSI lumens.

Higher the value, brighter the images you can get. If you had to install the projector in the rooms with already an ambiance in them, you need to go for the one with a brighter one.

While looking for a projector, you might as well come across the term “contrast ratio”. It describes the difference in the brightness of blacks and whites in the images while portraying them on the screen. So higher the contrast ratio, higher will be the depth in the images and the dark scenes also look lively.

Although the contrast ratio may not be an important factor while looking for general-purpose projectors, having a higher ratio is crucial in the home theatre projectors. So you need to focus on that as well!

Now let’s talk about one of the major aspects of a projector. It’s obviously the resolution. Resolution determines how sharp an image can look while casting it on a big screen. Usually, in school, colleges, and in the offices, projectors are generally used to show the powerpoint presentations. So it will not matter much. Even the low-res XGA projectors can suffice your needs. But while watching movies and casting the gaming screen of a PlayStation or Xbox, having a high-res projection is a must. So you should at least for a Full-HD resolution. If you don’t want any sort of compromises in terms of sharpness, you can even upscale it to 4K Ultra-HD resolution.

The lamp is an integral part of any projector. And if you are hearing this first, you might find it strange that the lamps on the projector have a limited life. Generally, the life of the projector is between 2000 to 4000 hours. Once a lamp completes its life cycle, you need to replace the lamp, which will require an extra cost. So if you are going to use the projector on a daily basis, make sure that the lamp is more. In a typical LED or Laser-LED hybrid projector, the lamp life can get high up to 20000 hours. 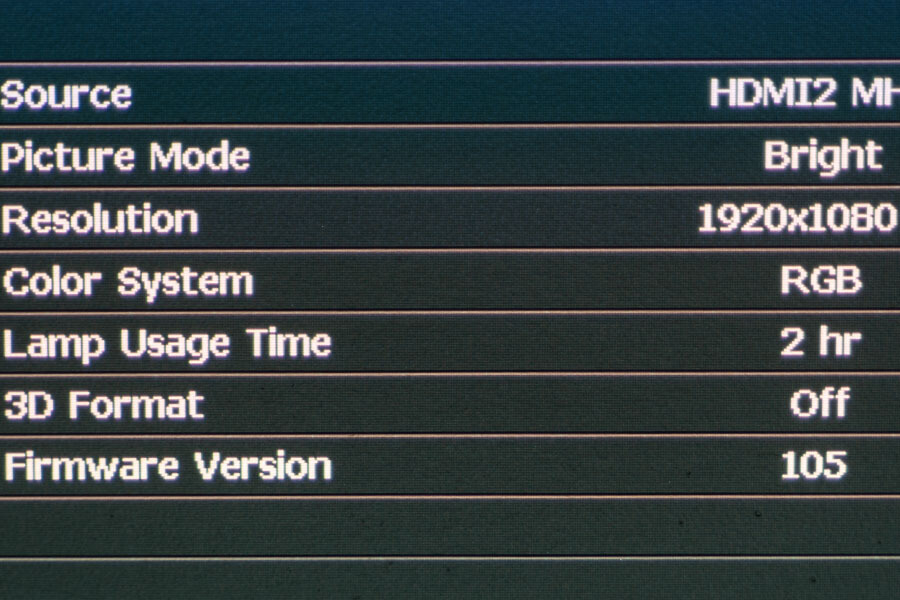 But if you already have a projector and willing to extend life, you might use in-built various lamp modes. In case of BenQ projectors, there are Eco mode, Smart Mode, and Lamp Save Mode with which you can extend the lamp life from 4000 to 15000 hours. These modes actually lower the brightness level. So if you are okay with slightly lower brightness, you should try it more often.

Although things like resolution, brightness level, and contrast ratio primary determine the quality of a projector, a projector remains inherently incomplete if there are not enough input/output ports. 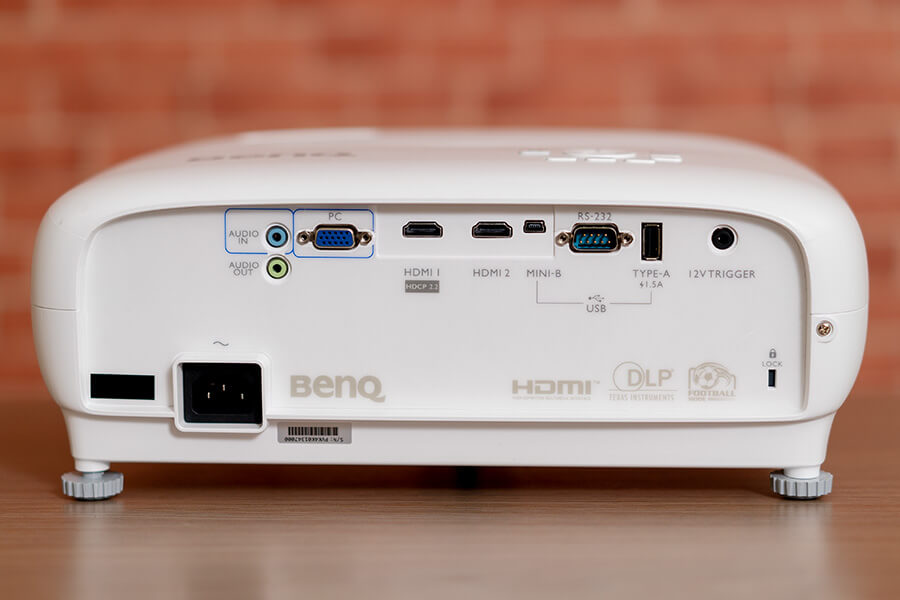 A good number of RS 232 ports and HDMI ports is necessary for better flexibility. For the uncompressed and high bandwidth signal transmission, you might as well have to look for the projectors with MHL and HDCP ports. Some of the projectors also come with USB Type-A, which lets you show your powerpoint without the use of a laptop or PC. Some modern projectors also feature wireless dongle. With such port on the board, you can cast the screen on your laptop or smartphone wirelessly in a hassle-free way. You can find such kind of port in the BenQ MX731 projector. Plugging in a wireless dongle and using the BenQ Qcast app, you can display the contents on your smartphone or PC directly on the projector.

Since the lamp has a fixed life and needs replacement after its lifespan, there must also be an option to view the period of operation of the lamp. Make sure the projector has such an option if you are planning to get one. 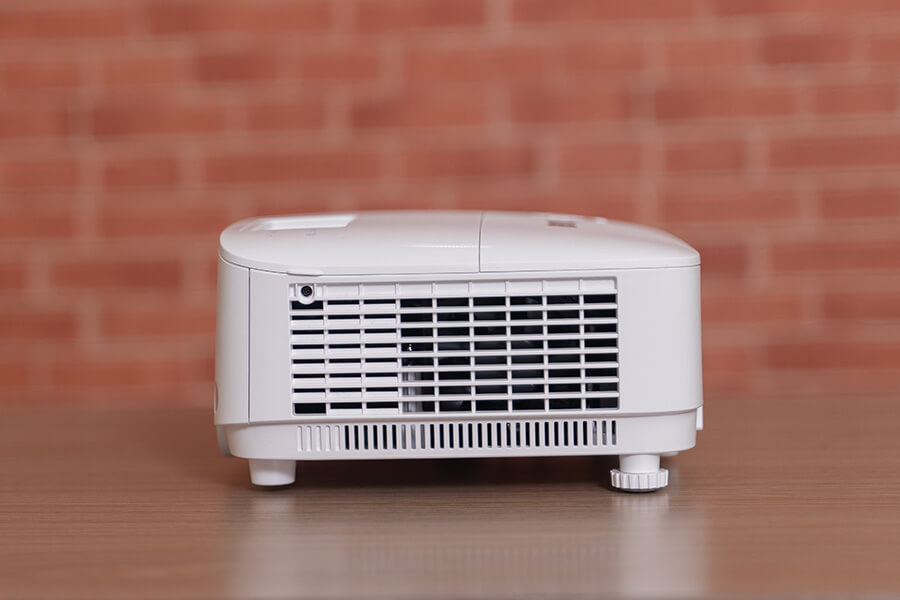 Well, I guess, you understood all the major things to consider while buying a new projector. If you are still having a hard time deciding the best one for you, let us know in the comments. We will surely try to help you decide one.