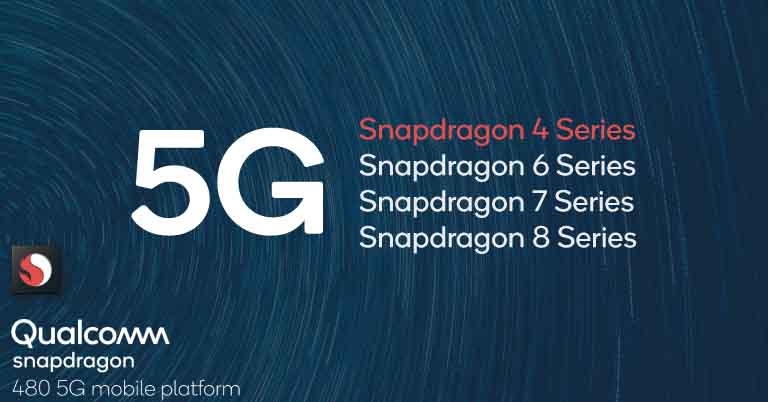 5G connectivity was among the top trends in the smartphone world in the past couple of years. We see the price of flagship smartphones soar up because of this new feature. However, several efforts have since been made to bring the feature to low-cost smartphones. Last year, we saw Qualcomm introduce Snapdragon 690 SoC with 5G connectivity. In a bid to make 5G more accessible, Qualcomm has now introduced Snapdragon 480 5G chipset for budget smartphones.

First, let’s talk about the elephant in the room – the 5G connectivity. Snapdragon 480 SoC is the first chip in the budget 400 series to come with the technology. It features an integrated X51 5G Modem-RF system that supports both Sub-6 GHz and mmWave 5G and Standalone (SA) and Non-Standalone modes. Other features include Time Division Duplexing (TDD), Frequent Division Duplexing, and Dynamic Spectrum Sharing (DSS).

Qualcomm has opted for a 2+6 core setup instead of the 4+4 arrangement on the SD 460. The Snapdragon 480 has two Cortex-A76 high-performance cores. While the A76 is not the fastest performing cores available today, it is still a huge improvement over the Cortex-A73. The A76 cores are even clocked higher at 2.0GHz. Similarly, Cortex-A55 cores have been favored over the Cortex-A53. Qualcomm is claiming a CPU performance of up to 100%. 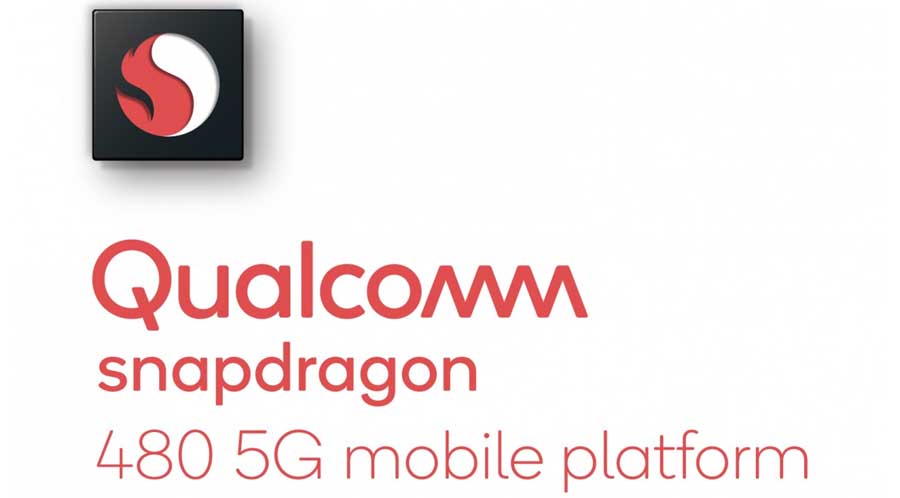 The company has made similar claims about the GPU in the new processor as well. Its Adreno 619 promises up to a 100% performance leap compared to the Adreno 610 in Snapdragon 460.

The image signal processor in the Snapdragon 480 is the Qualcomm Spectra 345. Because of it, smartphones with Snapdragon 480 can have a 12MP triple camera setup. It’s a triple ISP. That is, it can capture images or record 720p videos from all three cameras simultaneously. Such a feature was introduced in the Snapdragon 888 and is a first for the 400 series.

Qualcomm Snapdragon 480 5G chipset is expected to power budget smartphones from early 2021. Brands like Oppo, Nokia, and OnePlus are expected to use the new chipset in their upcoming smartphones.