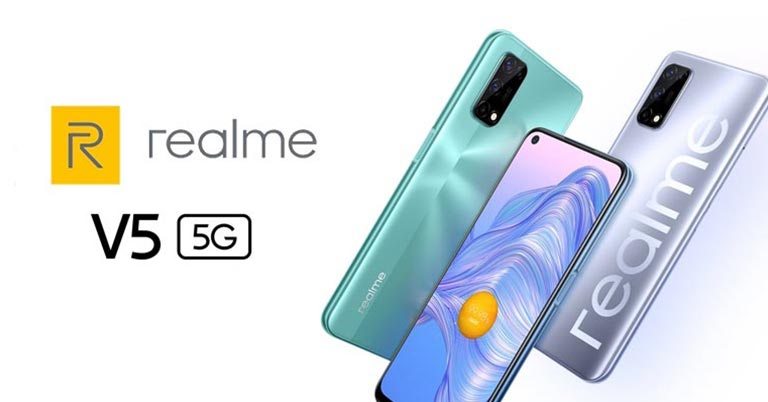 Realme has now officially launched the first phone in it’s V- series, the Realme V5. Furthermore, it is currently the cheapest 5G phone out there too. It comes bearing the new MediaTek Dimensity 720 SoC as we previously know from the teasers. Similarly, the device comes with a 5,000 mAh battery with 30- watt VOOC Flash charging support.

Realme V5 has similar display specifications as that of the Realme 6. It features a 6.5-inches IPS LCD display with a 20:9 aspect ratio, 90Hz refresh rate, and a touch sampling rate of 180Hz. The phone sports a punch- hole on the top left corner while the fingerprint sensor resides at the side. 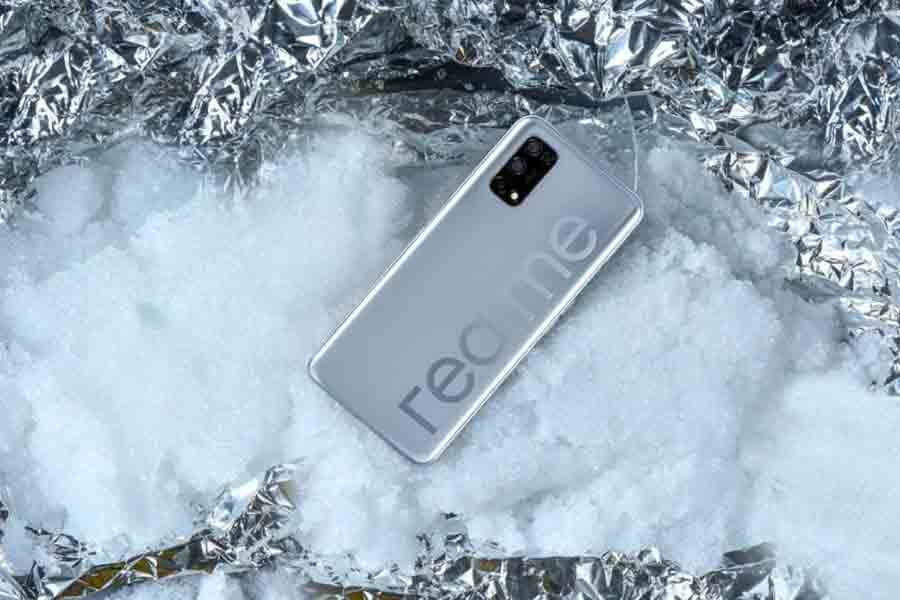 Realme has its logo stamped on the rear panel of the phone. Thanks to its size, it’s very hard to go unnoticed. We previously saw Realme do a similar thing in the Narzo 10A. The back is the house for a quad-camera setup that is arranged in an L- shaped rectangular module.

As mentioned earlier, the Realme V5 has four cameras at the rear, consisting of a 48MP primary lens, an 8MP ultra-wide lens with 119- degree FoV, a 2MP macro sensor, and a 2MP depth-sensing lens. The punch hole on the front houses the 16MP selfie camera. 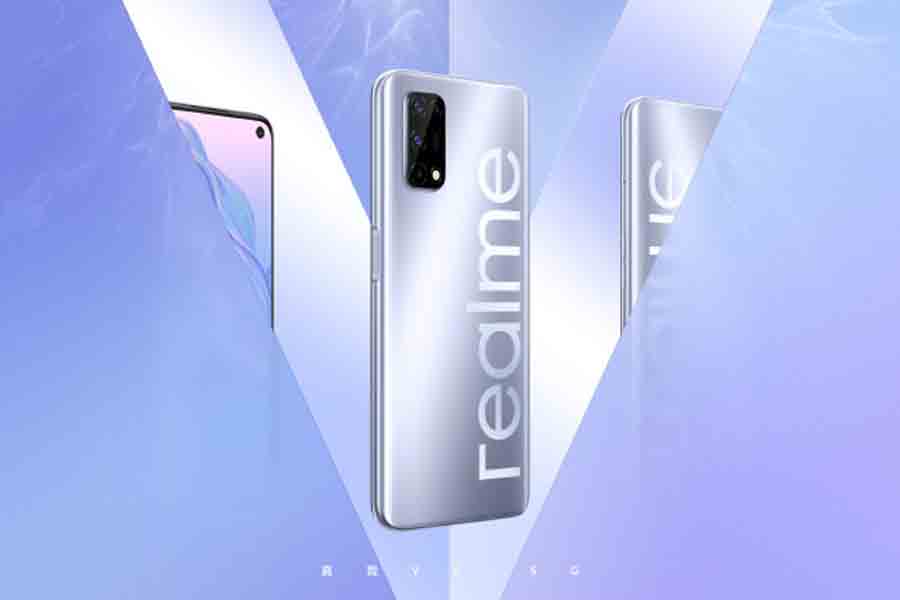 In accordance with the rumors, the Realme V5 comes with MediaTek’s new lineup of the chipset, the Dimensity 720. About its architecture, it has two powerful Cortex A76 cores and six efficiency Cortex A55 units, all clocked at 2GHz. The V5 has bee launched in two configurations, one with 6GB and the other with 8GB of RAM while you get 128GB internal storage with optional expansion via a microSD slot. The phone will ship with Realme UI based on Android 10.

With the new Dimensity 720 at work, the phone will also have 5G capabilities that include support for the sub-6 GHz standard. It works on both SA and NSA networks. The company has also provided a feature called Smart 5G that switches between 5G and LTE for a seamless online experience and to save battery power.

The V5 will get its juice from a massive 5,000mAh battery with support for 30-Watt VOOC flash charging technology via Type-C outlet. The company claims that the device can get to 100% from 0 in just 65 minutes.

Realme V5 has launched in China and is already available for pre-orders through its Chinese website. We can expect the Realme V5 to launch in Nepal for a price of Rs. 30,000 for the base variant.