Redmi unveiled its latest Note series last night. Among the four new devices launched, the vanilla Note 11 is the first to launch in Nepal. In this article, we will be discussing the key specs, features, official price, and availability of the Redmi Note 11 in Nepal.

To start with, the Note 11 is a completely different device from the Note 11 5G that went official in China last year. Here, the global version of the Redmi Note 11 is a 4G smartphone, and it sports a flat edge design. They also differ in display, performance, and camera specs.

As I mentioned earlier, Redmi Note 11 now comes with flat edges. The phone is 8.09mm thick and weighs around 180 grams. It is available in three colors—Graphite Gray, Twilight Blue, and Star Blue. The first two offer a matte finish, while the third has a shiny gradient look to it. In terms of performance, it’s powered by Snapdragon 680 chipset. The silicon is fabricated on a 6nm process which makes it more power-efficient. That being said, it doesn’t offer much improvement on the performance when compared against Snapdragon 678.

There are three memory configurations to choose from—4/64GB, 4/128GB, and 6/128GB. Weirdly, the phone still ships with Android 11 despite Xiaomi already announcing its Android 12-based MIUI 13.

Over on the back, Redmi has upgraded the primary camera to a 50MP sensor. The rest of the camera setup looks identical to that of last year. Accompanying the primary camera is an 8MP ultrawide lens. Likewise, there are two 2MP sensors for macro and portrait shots. 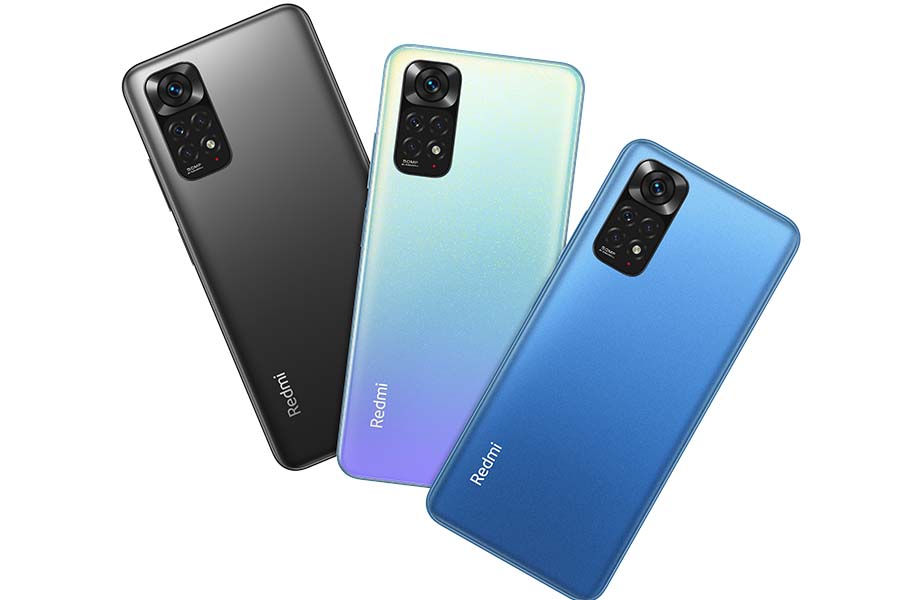 As for selfies, there is a 13MP camera with an f/2.4 aperture on the front.

Fueling the phone is the same 5,000mAh battery with 33W fast charging. A compatible charger is included in the box. It will take the phone from 0 to 100% in one hour.

In terms of connectivity, the phone has 4G LTE, dual-band Wi-Fi, Bluetooth 5.0, and an IR Blaster. Redmi is also offering NFC support in limited regions.

As mentioned earlier, Redmi also offers a 5G variant of the Note 11, which is currently exclusive to the Chinese market. It sports a bigger 6.6-inch LCD screen but has a lower refresh rate of 90Hz. In addition, the phone’s edges are curved rather than flat.

Likewise, the phone gets a completely different chipset treatment. Here, you will find MediaTek Dimensity 810 5G at the helm. The camera and battery specs look identical except it is missing the two 2MP sensors. 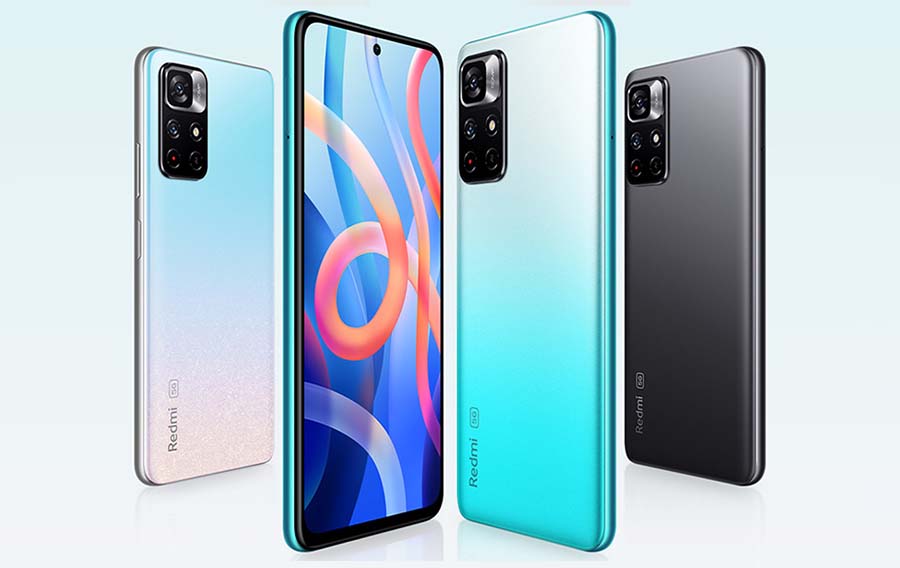 There is also a Note 11 4G in China which is a straight-up rebranded Note 10 Prime that we have in the Nepalese market.