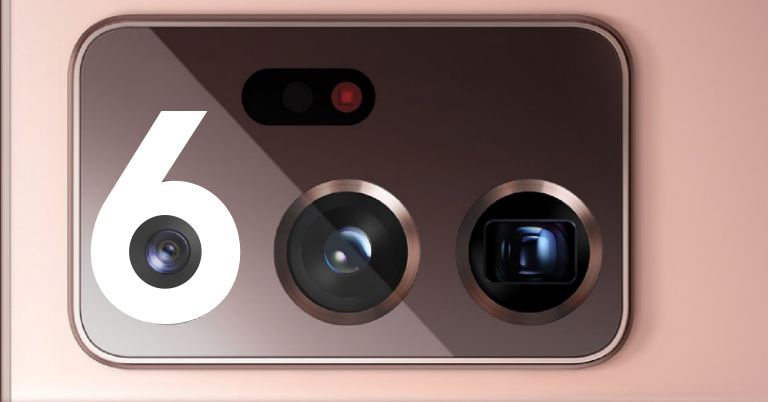 Back in April this year, Samsung Newsroom published an editorial on how Samsung is rivaling the human eye. The editorial by Yongin Park boasted about Samsung’s advancement in the image sensor technology and what the company is eyeing for the future. It was in this article where it was mentioned that the South Korean company is looking to develop a 600MP camera. And now, a popular leakster IceUniverse has confirmed that Samsung is indeed working on a 600MP smartphone camera sensor.

Today, we see smartphone companies boast about picture sizes (measured in megapixels) that their devices capture. 48MP or 64MP cameras have now become normal in mid-range phones. While flagship phones now come with camera sensors of up to 108MP. Samsung does have a hand in this trend of increasing megapixels in smartphone cameras. In fact, it was the first to announce a 64MP sensor. Around half a year later, it then announced a 108MP camera. Just some weeks ago, we saw Xiaomi adopt Samsung’s latest 108MP camera – Isocell HM2 in the Redmi Note 9 Pro 5G.

Higher the number of pixel, the smaller the size

The issue with higher resolution smartphone cameras is that the real state of the smartphone is limited. Thus, we can’t fit in a sensor the size of a digital camera. So cramping in more pixels is only possible when the size of these pixels is very small. For instance, individual pixels in the HM1 measures only 0.8um. Tiny pixels can’t trap enough light and thus cannot produce enough details, especially when paired with a small sensor.

This is where pixel-binning comes in. Almost all higher resolution smartphone cameras make use of this technique. Here, a bunch of tiny pixels is treated as a single pixel. For example, Samsung’s Nonacell technology allows one 0.8um pixel to function as a single 2.4um pixel.

Samsung is now planning a major leap to 600MP. In case you don’t know, normal human eyes have a resolution of 576MP. So, if 600MP is beyond what our normal eyes can notice, why is Samsung working on it? The slide leaked by IceUniverse reveals that Samsung wants to use the 600MP sensor to improve the 4K/8K video recording. The company knows that trend of 4K/8K video recording in smartphones is not going to slow down. The 600MP sensor will allow the camera to take zoomed videos without losing much detail.

Samsung believes that sensors that can capture invisible light will turn out to be beneficial in the longer run. The company proposes sensors with an ultraviolet light perception that can diagnose skin cancer by differentiating between healthy and cancerous cells. Similarly, infrared sensors can be used for quality control in agriculture and other industries. 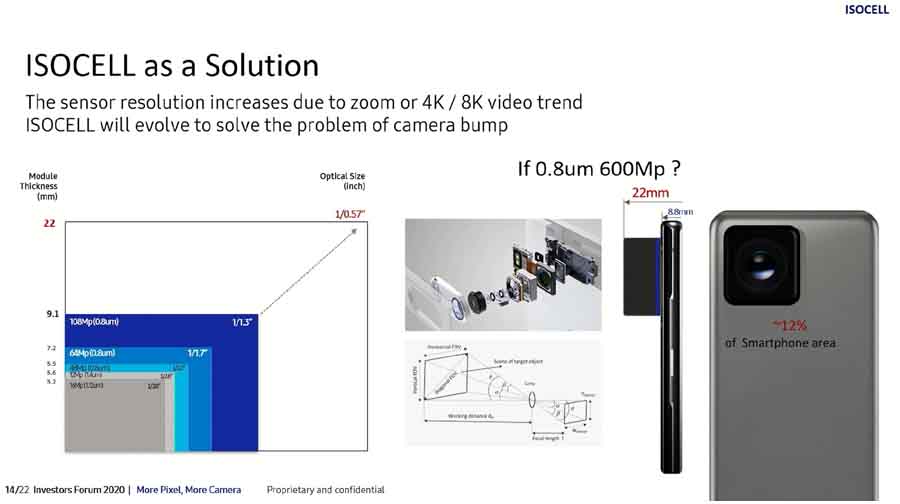 However, there are some problems that come with it. For instance, to accumulate 600MP pixels the size of the sensor will be around 1/0.57”. It’s way bigger than the 1/1.3” sensor used in mainstream 108MP cameras. The new sensor is expected to cover around 12% of the rear panel of the device. And the problem doesn’t end here. The 600MP sensor will also require the camera to be around 22mm thick (with the camera bump), which is way thicker than most of the smartphones out there.

So the question remains – will the next Samsung flagship smartphone come equipped with a 600MP camera? And the answer is no. As mentioned above, Samsung has a lot of things to improve. While we can expect the company to launch a 600MP camera sensor eventually in the future, we won’t be seeing such technology anytime soon.