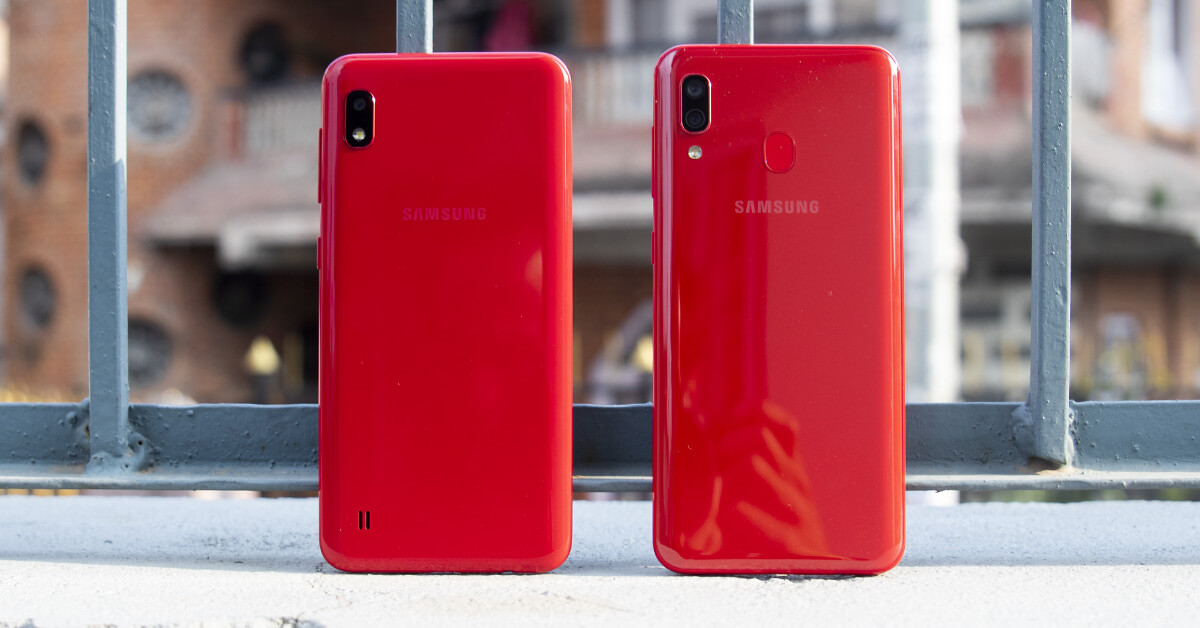 Samsung has yet again expanded its budget smartphone segment in Nepal. Samsung Nepal has gone all out and launched two entry-level devices in its A-series lineup. Both the Samsung Galaxy A10 And Galaxy A20 features an Infinity-V display, Android 9 Pie, and a capable (for the price) Exynos 7884 chipset.

Let’s start the things with the display. The Galaxy A20, the better of the two comes with 6.4-inch display whereas its smaller sibling comes with a tad bit smaller 6.2-inch display. Both of these handsets are enriched with HD+ resolution. However, the A10 display employs an IPS LCD panel whereas the A20 enjoys the vibrant Super AMOLED panel. The display on both of these devices come with a minuscule notch on the top, which could be less obtrusive while viewing the contents.

When it comes to the design, these phones come with Glasstic material on the back. We saw similar material on the Galaxy A30 and A50 as well. So we can expect a premium feel while holding the devices. On the optics side, there is a single 13MP snapper on the back of the Galaxy A10. On the other hand, the Galaxy A20 comes with an extra 5MP shooter on the rear panel. With two cameras in action, the Galaxy A20 can capture portrait images but the A10 cannot. On the front, Galaxy 10 and A20 get 5MP and 8MP selfie shooters respectively.

Both of the devices run on the latest Android Pie out of the box. On the software side, A10 and A20 are flavored by the latest and customized One UI on the top. So you will get some fancy features like the Blue light filter mode and Night mode. On the battery front, the A10 comes with a modest-sized 3400mAh battery. And talking about the Galaxy A20, there is a whopping 4000mAh battery. The A20 also comes with the USB Type-C cable, which is a welcome addition for a budget phone.