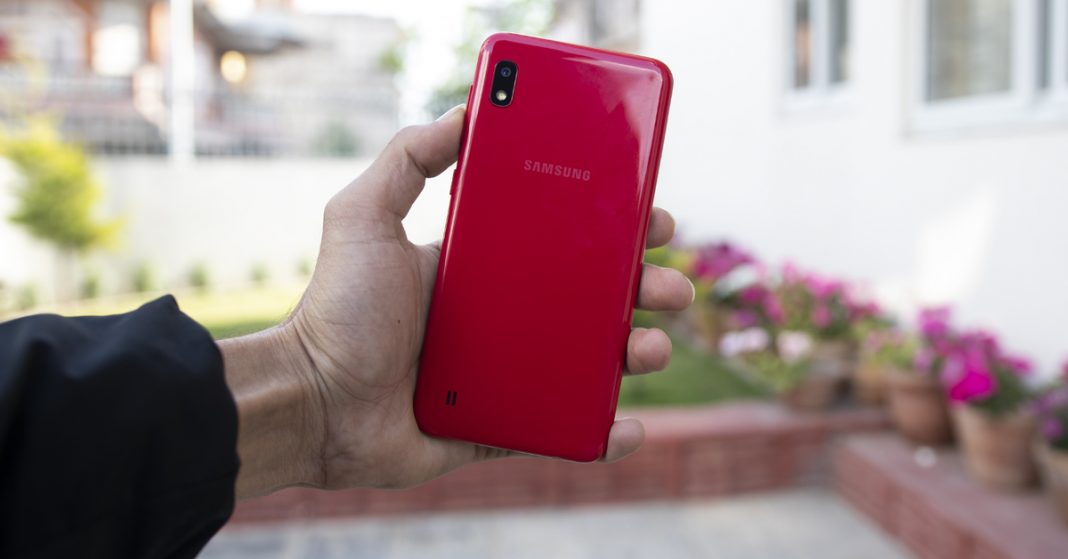 Despite having the Galaxy M10 and M20 for budget-conscious buyers, Samsung launched the Galaxy A10 is here in Nepal. For a price of Rs.13490, it is slightly more expensive than the Galaxy M10. And for that price, it seems to have a bit of improvement as well as downgrades.

Samsung’s old days of the J-series and On-series were pretty confusing. There were tons of phones and people had a hard time deciding which one to get. With the new A-series and M-series fiasco, we thought it was over. Well, guess what? It’s not! Originally the A-series was intended for mid-range phones. But with the likes of Galaxy A80 coming out, it moved to premium mid-range as well. And now with the Samsung Galaxy A10, it’s moving to budget as well? Now, this is definitely a head-scratcher.

Anyways, let’s talk about the Galaxy A10. It is a budget phone, and hence has a plastic body, on which, you get a 6.2″ IPS LCD screen with an HD+ display. Also, it has the same 19:9 aspect ratio with the V-shaped notch. So, this is Samsung’s Infinity-V display.

It is strange that this one gets only a single camera at the back while the M10 features a dual one. So, it misses out on the ultra-wide-angle lens, which is a downgrade for the device. Also, the primary camera is a 13 MP lens while the selfie camera is a 5 MP one. 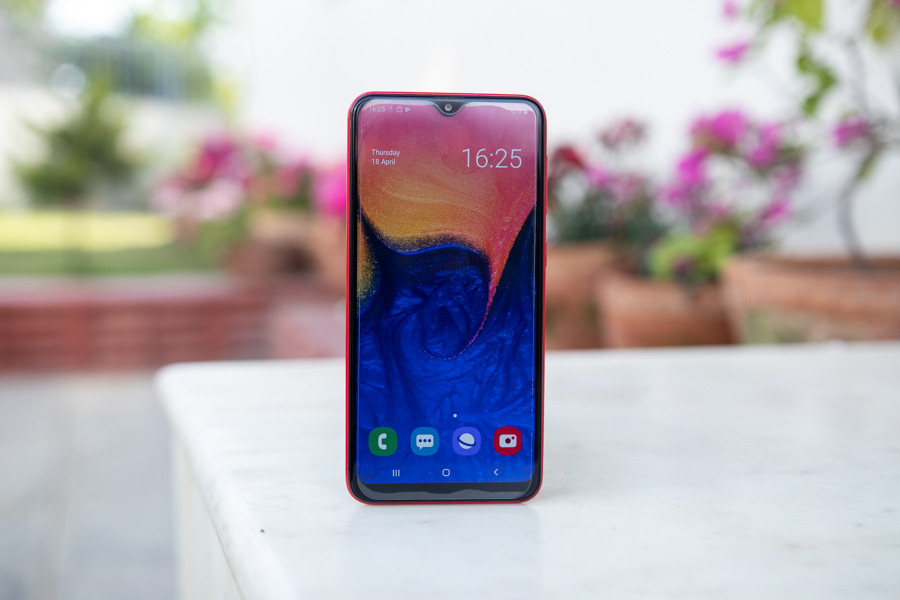 The performance side is what sees an improvement, however. An octa-core Exynos 7884 chipset powers the phone, with 2 GB RAM. 7884 is a slight improvement over the 7870 of the Galaxy M10. In terms of battery, it has a similar 3400 mAh battery and there seems to be no Fast Charging. Also, it has 32 GB storage, which is expandable. In addition, it does come with One UI based on Android Pie out of the box.

With all these phones Samsung is throwing at the consumers, it’s starting to get back to the old days again – when Samsung had so many to choose from! And so, Samsung is now one step closer to having its own football team, it seems.

The Samsung Galaxy A10 was launched in Nepal for the price of Rs. 13,490. However, the phone is currently out of stock and is replaced by Galaxy A10s.