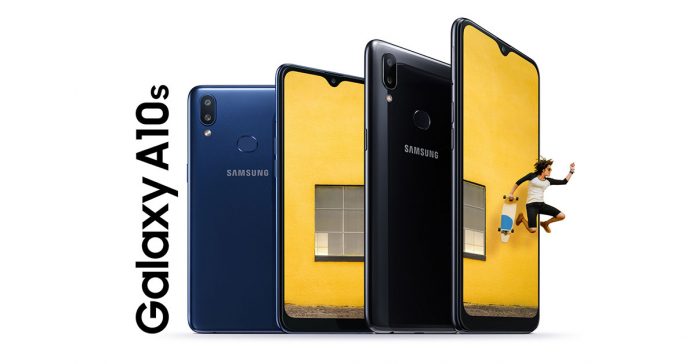 Samsung is known for providing price drops from time to time. This time, Samsung is offering a cash discount on its latest budget phone, the Galaxy A10s. With the new price cut, Samsung Galaxy A10s is one of the best budget smartphones to buy in Nepal.

The Galaxy A10s has a lot of improvements over its predecessor A10. And they’re noticeable right away! First off, the Galaxy A10s features dual cameras at the back. The A10 had only a single primary camera, but the A10s adds a new depth sensor for better portraits. This may not be much, but it at least, means that you can take portrait shots from the phone on the hardware level. Also, the selfie camera has improved. It’s now an 8 MP shooter. Another change that’s visible right away is the rear-mounted fingerprint sensor. The A10 didn’t have any, nor did the Galaxy M10. But this one does, making a pretty good case for a budget smartphone.

Other external features stay pretty much the same. The display is still a 6.2″ IPS LCD with that Infinity-U display and HD+ resolution. Also, the design language isn’t much different. But there are other changes inside. The Samsung Galaxy A10s runs on the Helio P22 chipset, which is slightly inferior to the Exynos 7884 on the A10 – at least on paper. In addition, there is an increase in battery size. The Samsung Galaxy A10s features a large 4000 mAh battery, compared to 3400mAh on the A10.

That is pretty much it for the Galaxy A10s. I can’t say how much of a difference will it make in terms of processing power, but other things considered, it is a good improvement over the Galaxy A10.