Samsung has officially launched the Galaxy A12 in the Nepali market. It is the successor to the Galaxy A11 that was launched a year ago. Without wasting any time, let’s take a look at the specs, features, official price, and availability of the Samsung Galaxy A12 in Nepal.

The new Samsung Galaxy A12 comes with a 6.5-inch TFT panel. Interestingly, the company has opted for an Infinity-V notch while its predecessor came with a punch-hole display. It’s an HD+ panel with noticeable bezels around the screen, especially on the bottom chin. 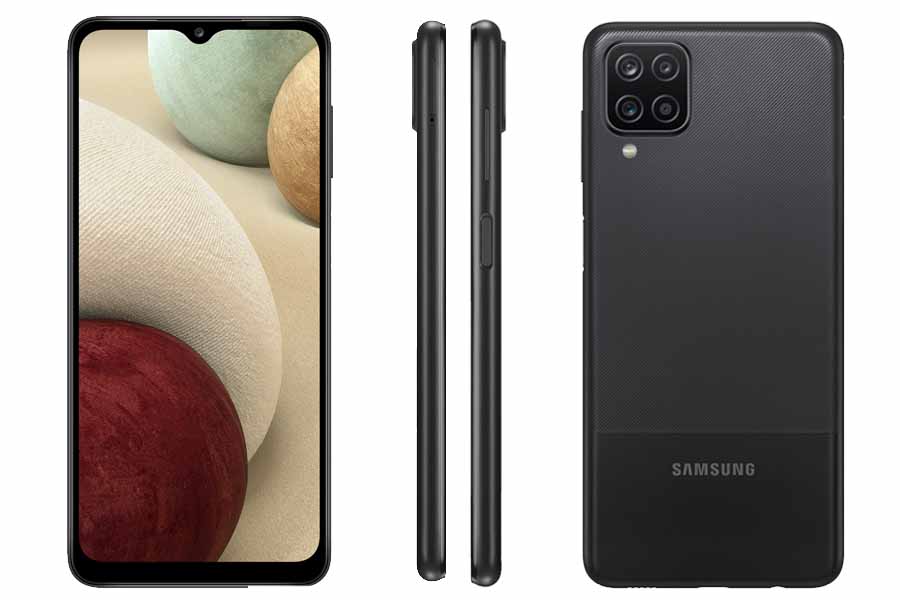 The body is most likely plastic considering its budget nature. Samsung has gone for a dual-tone finish with a textured look on the upper portion. It also houses the square camera module, while the lower portion comes with Samsung’s branding.

While Samsung has listed the phone with an octa-core processor, it has not publicly acknowledged the actual processor used. However, given the clock frequency, it has been speculated that A12 comes with MediaTek’s Helio P35. It features eight Cortex-A53 cores with half of them operating at 2.3GHz and the rest of them clocked at 1.8GHz. Samsung hasn’t mentioned the Android version the device will ship with either. But, we expect it to run on One UI 2.5 based on Android 10 out-of-the-box.

Galaxy A12 will be available in three RAM configurations – 3GB, 4GB, and 6GB. Similarly, there will be three memory options – 32GB, 64GB, and 128GB. The internal storage can also be expanded up to 1TB using an external MicroSD card.

Samsung Galaxy A12 flaunts a quad-camera setup at the back. The company has upgraded from the 13MP primary camera on its predecessor to 48MP on the A12. It also has a smaller aperture of f/2.0. The 5MP ultra-wide camera and the 2MP depth camera have been left untouched. On the other hand, Samsung has added another 2MP lens for macro photography. For selfies, there is an 8MP camera inside the Infinity-V notch. There is an upgrade in the battery capacity as well. The Galaxy A12 now has a massive 5,000mAh battery. It also supports 15W fast charging but we will have to see if the charger will be included in the box. In terms of security, the phone has a side-mounted fingerprint scanner.

Samsung Galaxy A12 Price in Nepal and Availability