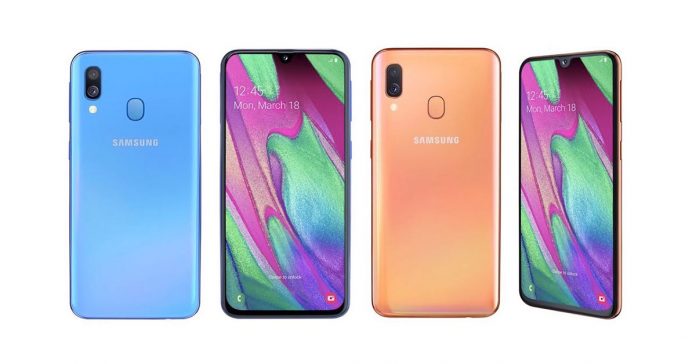 Following launch of the Galaxy A30, another A- series smartphone has been spotted in Europe, the Samsung Galaxy A40. Just a few days back, we saw the phone’s render’s surfacing on the internet and now it’s here. The phone bridges between Galaxy A30 and A50.

The A40 is a slight upgrade from the A30 in terms of the chipset with the Exynos 7885 on the upcoming device. The display seems to have shrunk down to 5.9 inches from the 6.4 inches on the A30. Similarly, both the devices come with a 19.5:9 aspect ratio display. 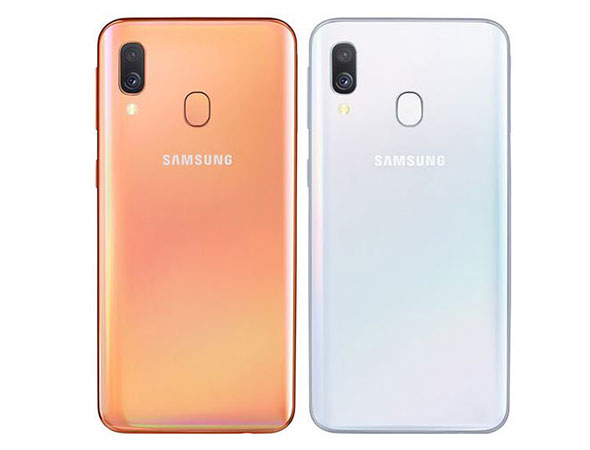 What has shrunk down is the battery which on the A40 is 3,100 mAh with 15-watt fast charging enabled. Like the A30 and A50, this one too has a Type-C port for charging.

Likewise, the Galaxy A40 comes with dual rear cameras of 16+5 MP, where the second lens is an ultra-wide angle sensor. The selfie game seems to have been taken a rise with a 25 MP camera. Other than that, the device comes with 4+64 GB memory configuration where you also get an option to expand the memory up to 512 GB using a dedicated SIM slot.

But, unlike the A50, you don’t get an on-screen fingerprint sensor, rather it resides on the back just like the Galaxy A30. Colors options for the phone include Black, Blue, White, and Coral.

Samsung Galaxy A40 Price and Availability:

The Samsung Galaxy A40 has been launched in Europe for around 250 EUR. The pricing and availability for other countries have not been specified by the company yet.