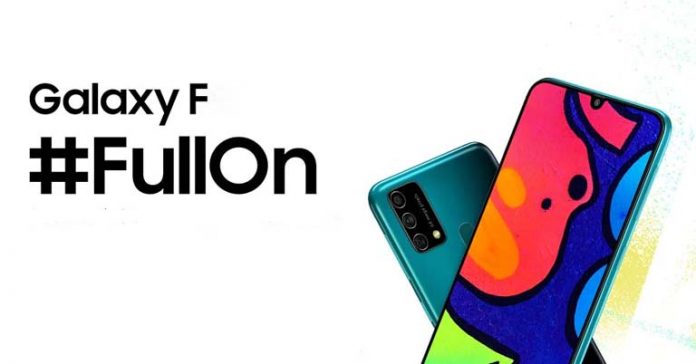 Earlier this year, Samsung announced a new smartphone lineup – the F-series. It became official with the launch of the Samsung Galaxy F41 in India. However, we haven’t heard about the series since then. And now, a recent Geekbench listing suggests that a new F-series phone will be launched soon. Let’s take a look at the rumors, leaks, specifications, and availability of the Samsung Galaxy F62.

The upcoming Samsung Galaxy F62 first made the headlines when reliable Indian leakster Ishan Agarwal suggested that Samsung is working on it. He also suggested that the phone will be initially launched in India.

Then, the smartphone was spotted on the Geekbench listing with the model name of SM-E625F. You can notice that the company has referred to the device as E625F instead of F625F. The reason here could be the confusion created by F41. Earlier, the F41 created confusion among people as it had the model name SM-F415. Until then, the letter ‘F’ was only used for foldable smartphones which the F41 was not. 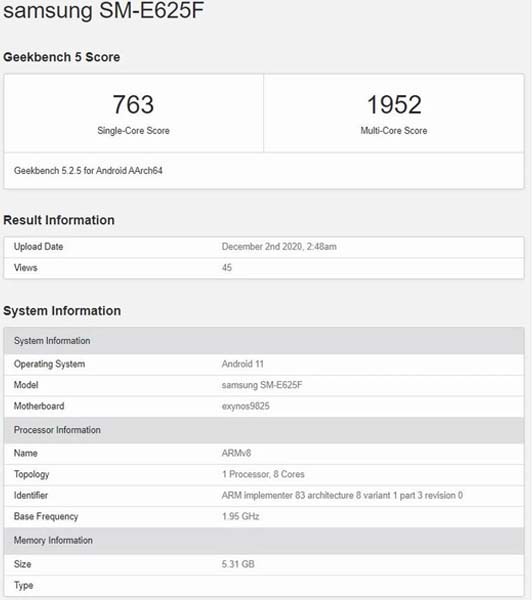 The most interesting thing about the phone is that it will be powered by Exynos 9825. It is the same chipset that the company used in last year’s Galaxy Note 10, Note 10+. It comes as a surprise since Samsung has been using the Exynos 9611 on the majority of its mid-rangers in 2020. In fact, the Samsung Galaxy F41 was a rebranded Samsung Galaxy M31. The Galaxy F62 will ship with Android 11 out of the box. The listing also reveals that the phone will at least have a 6GB RAM configuration which is common for mid-range phones these days.

There is no information about other specs of the phone. However, looking at the F41, we can expect an AMOLED display, a triple camera setup, a massive battery, and fast charging support on the F62.

According to a report by 91mobiles, Samsung Galaxy F62 has already entered the production phase. Samsung Galaxy G62 will be launched in India inside the first quarter of 2021.