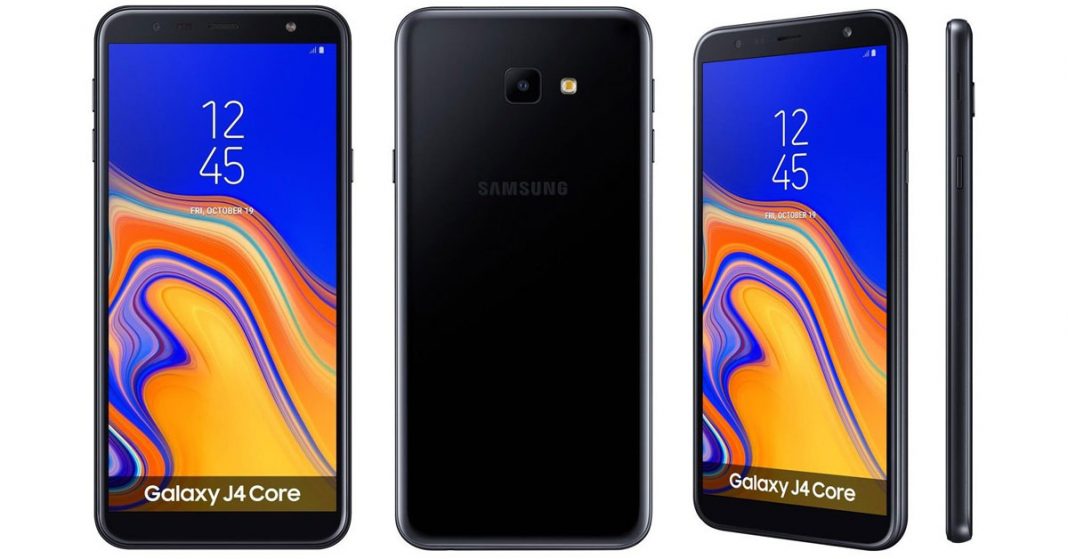 A few months back, Samsung launched the Galaxy J2 Core smartphone with Android Go version of the OS on its system. It was the first Android-Go powered smartphone in Samsung’s lineup. And it was basically brought to lure people into cheaper smartphones instead of the feature phones. This time to offer more choices in the budget smartphones’ lineup, Samsung launched yet another Android-Go smartphone. The recently launched Android Go handset goes by the name Samsung Galaxy J4 Core. And it possesses somewhat richer specs when compared with the J2 Core.

Budget handsets rarely come with a bigger display. But that’s not the case in the J4 Core. The smartphone comes with the tall 6.0-inch display. On the resolution front, the handset fancies HD+ resolution in an 18.5:9 aspect ratio. But IPS panel has been used on the display. So the users won’t be getting the deeper blacks and brighter whiter, which are usually found on most of the Samsung phones.

And a Quad-core CPU drives the processes inside the phone, which clocks at 1.4GHz. On the software front, J4 Core boasts the Android Oreo (Android Go Edition). And talking about the storage, there is 1GB RAM and 16GB of storage. Since the apps and processing are optimized in the Android Go version, even with the 1GB RAM, we can expect the phone to load and run light apps and games without any sort of issues.

On the optics front, the phone is equipped with an 8MP on the back and a 5MP shooter on the front. This is exactly the same setup seen on the J2 Core. But what has been the major upgrade from the J2 Core to the J4 Core is the battery. The newbie flaunts a humongous 3300mAh battery over the 2600mAh on the J2 Core.