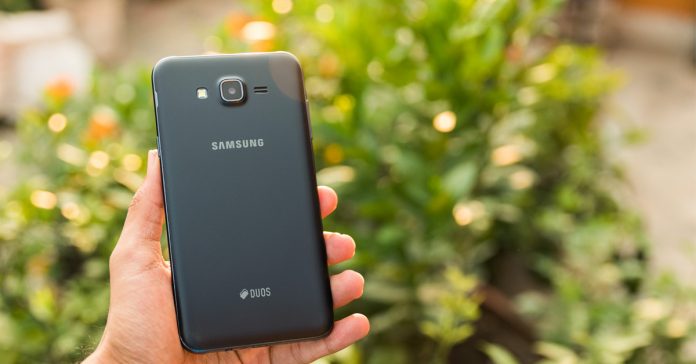 Rebranding the Galaxy J7 (2015), Samsung has come up with a budget smartphone — Galaxy J7 Nxt. Priced at Rs. 20,000, the smartphone is the least expensive one from Samsung to run on Android 7.0 Nougat. After using the smartphone for over a week, I have had a chance to explore most of its marketed specifications and features. Now, I would like to walk you through the highs and lows.

The first thing that I noticed as soon as I took hold of the J7 Nxt is the feel of the patterned back which also made it a lot easier to prevent the phone from slipping out of hands. Alos, the device did not heat up much on use which was a given plus-point. The placement of the buttons on the phone is an ultimate wow. The phone falls on the lighter scale side and hence is really efficient. Though it does not have much to offer with respect to the previous J7, there is not really much to complain. The J7 Nxt comes with a 5.5-inch Super AMOLED display. As compared with other budget phones, the incredible details and true colors that this phone offers is really commendable. The Super AMOLED display (720 x 1280 pixels) with 267 PPI Pixel density display was never a let down for me. However, as the phone lacks an ambient light sensor, there is no auto-brightness feature in the phone which was a turndown. I had to make sure I turned on the “Outdoor Mode” on before heading out somewhere. One let down in terms of the hardware of the phone is that it lacked a fingerprint sensor! The whole time that I spent with the phone, the lack of the sensor was felt almost every time I had to unlock the phone.

On the software side, the J7 Nxt features the Android 7.0 Nougat out of the box. I really loved the UI and the design that the phone offered. While being minimalist, the design and the UI both were equally amazing and attractive.

The smartphone is powered by an octa-core 1.6 GHz Cortex-A53 processor and comes with an Exynos 7870 chipset and a Mali-T830 MP1 GPU.

To see how the phone actually performed, I had tried running multiple heavy games and apps simultaneously. During the earlier days, however, certain apps crashed often and raised disappointment by displaying the message: “The app has stopped working.”. But with time, these messages were minimized. All in all, though, it was a really nice experience to play games and watch videos with amazing vibrancy and smoothness.

To speak of the 13MP rear and the 5MP front cameras, the pictures taken came out decent enough. However, most of them felt pretty washed out losing the actual essence of the scenario. I personally took a lot of pictures on various settings with the 13MP rear camera at various settings such as a birthday party, a rainy afternoon, a late night street view among others. For most of these occasions, I used the “double press the home button to open the camera” feature to take the pictures and hence I found that feature really useful. The Galaxy J7 Nxt comes with Dual-SIM (nano+nano), G LTE, microUSB, Wi-Fi 802.11 b/g/n, Bluetooth 4.1, FM Radio and A-GPS, GLONASS. During the ten days that I used the phone, I had to travel to a lot of places within the city. For this, I had utilized the A-GPS feature which helped me reach places on time and hence I personally really liked this feature of the phone.

The major plus point about the phone is its 3000mAh battery which did not only perform fully to its power but also charged pretty quick. As I continuously used the phone throughout the day, I also carried my charger with me. But, thankfully, I did not have to use it as much because the battery did not run out of juice as quickly as I thought it would. Also, even though the phone has no quick charge functionality, the lack was not felt at all. The battery charged pretty quickly on its own and also provided a really good backup under regular usage.

Finally, to speak of what I felt about the Galaxy J7 Nxt, I must say that I had a really good experience with the phone. It did not let me get lost in the alleys and corners of Kathmandu and also helped me capture moments with its quick functioning camera. Carrying the light phone and going to places while testing the new fonts and having a good time playing multiple games on the phone will always be my favorite experiences. The phone is an example in terms of budget smartphones within Rs.20,000. And a possible heart-winner Samsung budget phone. If you are low on budget and are looking forward to get yourself or gift someone else a Samsung smartphone, that provides good battery backup and camera performance, your search might end here!

Pros: What I liked about the J7 Nxt?

Cons: What could have been better in the J7 Nxt?