After launching the Galaxy A52 and Galaxy A72 in Nepal, Samsung didn’t wait too long to unveil another member of its A-series, the Galaxy A32 4G. As you would imagine, it is cheaper than the two and is now available for purchase in Nepal from the majority of mobile retail shops all over Nepal.

There are 2 variants of A32 based on cellular technology. There’s not much of a visual overhaul between the 4G and 5G models of the Galaxy A32. So, they’re visibly the same. But one can notice how the notch for the selfie camera is different between the two. While the 5G model had an Infinity-V cutout for the selfie camera, that’s substituted by a sharper Infinity-U notch on the Galaxy A32 4G.

Here, the camera module sees a big leap compared to A-series phones of the past. This is kinda reminiscent of the new S21 Ultra, discounting the bump that blends into the phone’s frame. Upfront, you get a 6.4-inches FHD+ Super AMOLED display. To recall, the A32 5G came with a mediocre HD+ TFT screen. It is protected by Corning Gorilla Glass 5 as well. Moreover, the Galaxy A32 4G also marks the beginning of a high refresh rate display on a mid-range phone as it supports a 90Hz refresh rate. For security, the physical fingerprint scanner in its 5G counterpart is left-out for an in-screen implementation.

The superiority that Galaxy A32 4G roared thanks to its display quickly falls on the performance front. Compared to the 5G-capable MediaTek Dimensity 720, this phone gets the Helio G80 treatment. This has been paired with 4/6GB of RAM and up to 128GB of internal storage.

You can also choose to upgrade the storage via an SD card of up to 1TB. Helio G80 is a gaming-focused chipset, but it ultimately feels under-powerful for a phone of this stature. Anyway, Galaxy A32 4G runs on Samsung’s One UI 3.0 based on Android 11 out-of-the-box.

Moving on to the camera, you get a quad-lens setup here. Contrary to the 48MP primary camera on A32 5G, it boasts a 64MP f/1.8 lens instead. The selfie camera has been bumped from 13MP to 20MP as well. 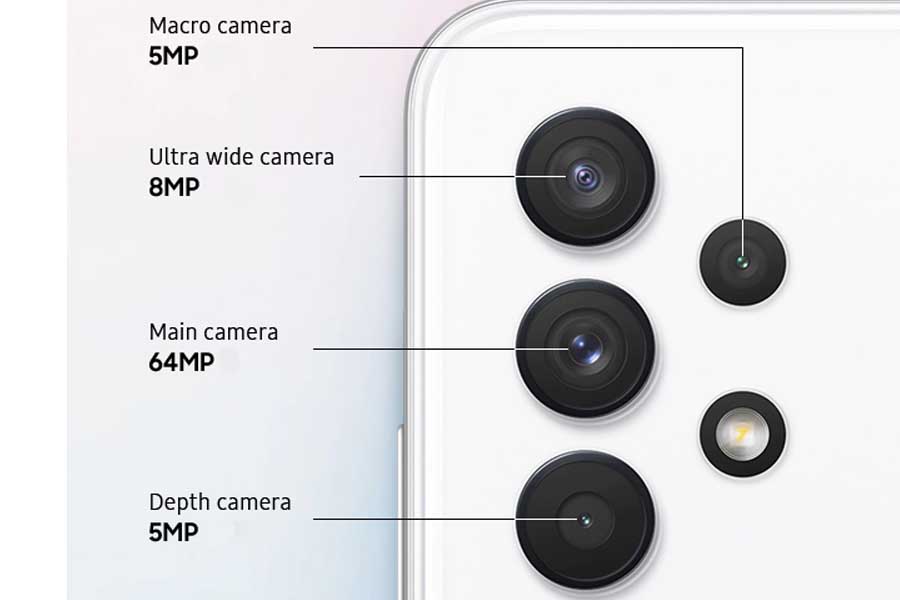 Other lenses in the setup include an 8MP ultrawide, a 5MP depth, and a 5MP macro camera. An interesting feature here is called intelligent detection where the phone automatically detects any unpleasantries in the photo like closed eyes or a blurry shot.

Battery & rest of the specs

Fueling a device is a big 5000mAh battery that supports 15W fast charging via the USB Type-C port. We’ve seen Samsung ship phones with up to 7000mAh battery so this one doesn’t invite much excitement. Other highlights of Galaxy A32 4G include dual-band Wi-Fi, Dolby Atmos audio, etc. The phone is available in 3 color options in Nepal: Awesome Black, Awesome Blue, and Awesome Violet. 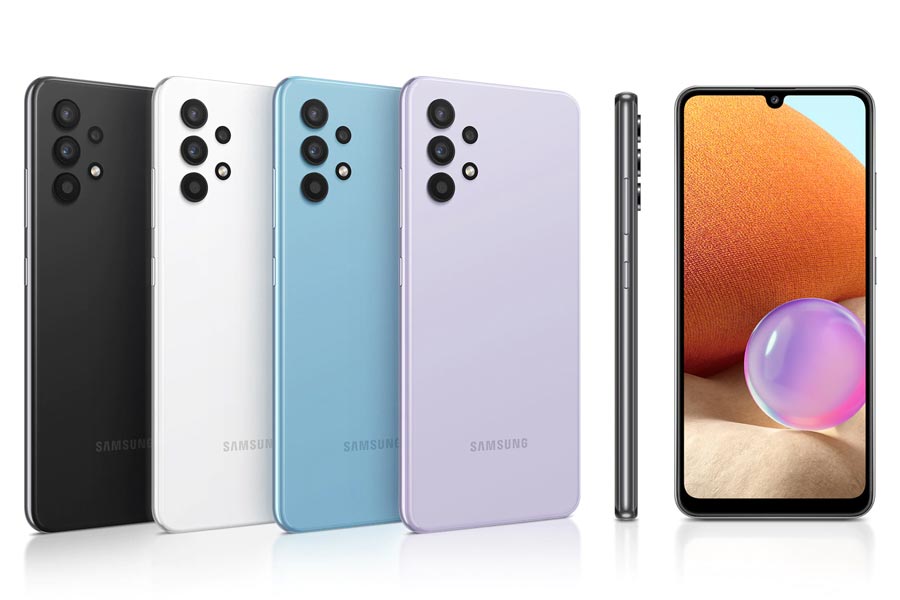