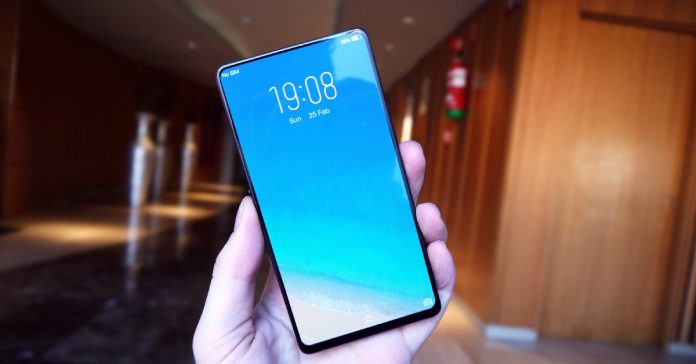 A few years back, nobody gave a second thought about the huge bezels surrounding the display on smartphones. But as soon as the concept of bezel-less display came out, the smartphone world is head-over-heels in achieving it. The front camera comes as a barrier to getting rid of the bezels completely. Therefore, different smartphone brands have shown their own form of ingenuity to achieve the highest screen to body ratio. Some smartphone brands went with the notches while others adopted a pop-up camera mechanism. We also saw a slider mechanism while some implemented a secondary display entirely. In that case, some brands did not even hesitate to ditch the front camera entirely. But that hasn’t been very efficient so far. So Samsung, the smartphone giant, is stepping up to develop a technology to incorporate the selfie camera under the display without using a notch or punch holes.

Last October, at a presentation, Samsung said that it’s working on four new types of displays. An Infinity-V, Infinity-O, Infinity-U, and new Infinity display. Among the four, we have already seen three of them. Infinity-V was used on Samsung Galaxy M10 and Galaxy M20. Galaxy A50 and the Galaxy A30 made use of the Infinity-U display. Whereas, their flagships come with Infinity-O displays. Commonly known as a hole-punch display, they are one of the awe-inspiring features in the Samsung Galaxy S10 devices. Although such cutouts are less obtrusive and more user-friendly, it has not been an ideal type of display we have seeking for.

“Though it wouldn’t be possible to make in the next one to two years, the technology can move forward to the point where the camera hole will be invisible, while not affecting the camera’s function in any way,” Yang Byung-Duk, Samsung’s vice president of the mobile communication display R&D group told Korea’s Yonhap News Agency on Thursday.

These days, we can see smartphones with a fingerprint sensor embedded inside the display. All the necessary sensors like proximity and ambient light sensor are also embedded inside the screen on a fair number of handsets. Some manufacturers are also using Body SoundCasting Technology to propagate sound through the screen. The selfie shooter is the only thing remaining on the front panel. And what is restraining aspect to achieve the feat. So it will be quite interesting to see how Samsung will bring its new infinity display. Since Yang told, it is impossible to make it in the next one or two years, can we expect the feature could make a debut in…let’s say, the Galaxy S13?

What are your thoughts on it? Do we really need a full-view or infinity or bezel-less display? Are you okay with these water-drop notches? Or are Pop-up cameras and dual-displays the future? Let us know and drop your thoughts down in the comments.