The MWC 2019 is going on in Full Swing. And there are so many companies trying to bring new stuff to the platform. Nokia brought 5 cameras at the back with it’s Nokia 9 PureView! As for Sony…they’re trying to stand tall in the crowd! How so? How about a large 6.5″ screen with a 21:9 aspect ratio? They revealed four Sony Xperia phones in the MWC. Here they are:

This is Sony’s flagship phone for the year…dubbed the Sony Xperia 1. And the first thing that you notice about it, is it’s a really tall screen. Now, there are phones with 19.5:9 aspect ratio going around, but this one is taking it a step further with more screen real estate. And not only the size, but the phone is going all premium! You get a glass body back and front, with Gorilla Glass 6 protection. There is also the IP68 Water Resistance. The display is a 6.5″ OLED panel with 4K resolution and 21:9 aspect ratio. Now, for a display this big, it is only natural that you need quite the amount of pixels. Else how are you going to get an immersive experience of the screen?

This phone packs a triple camera setup at the back, all of 12 MP. But each lens does a different job. Of course, as we’ve seen on many flagships, one of them is a primary lens, one is a telephoto lens and the other is an ultra-wide angle. The front camera is an 8 MP lens, which doesn’t sound as impressive on a flagship, but we’ll see.

Inside, the phone runs on the latest Snapdragon 855 chipset and packs 6 GB of RAM. Internal storage rests at 64 GB for the base variant. There’ s also a 128 GB model! But you can also use a microSD card and expand the memory up to 512 GB.

In addition, it packs a 3300 mAh battery and runs on Android 9.0 Pie. And the fingerprint sensor rests on the side on the power button itself!

The Sony Xperia 10 and Xperia 10 Plus are more mid-range phones, although they pack the same 21:9 aspect ratio on them. This phone has a plastic build with a metallic finish, and the display is Full HD+ on the same screen size and doesn’t seem to be OLED either. But there is Gorilla Glass 5 protection at front. 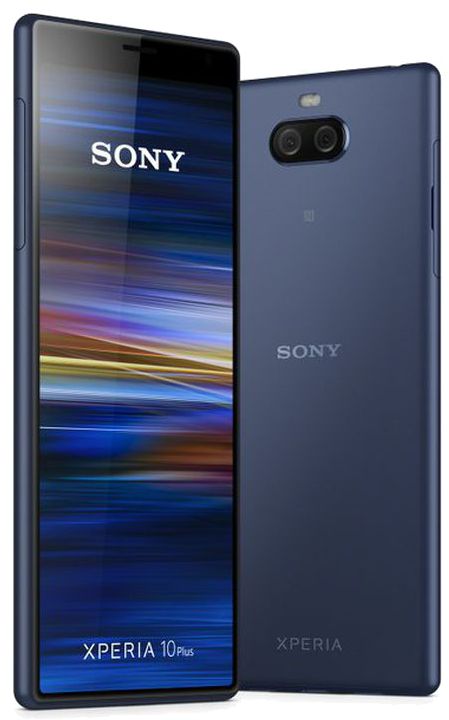 There are two cameras at the back with the primary lens being a 12 MP, and another telephoto at 8 MP. But it skips out on the ultra-wide angle lens. The front camera is still an 8 MP sensor.

Also, the processor is also aggressively mid-range, i.e. it is powered by the Snapdragon 636. Also, it has two RAM variants of 4 GB and 6 GB, but the internal storage is limited at 64 GB. There is the option of expanding it with a microSD for up to 512 GB. The battery on it is lesser at only 3000 mAh, but it retains the side-mounted fingerprint sensor.

Another mid-range phone among the lineup, the Xperia 10 is a further toned-down version of the Xperia 10 Plus. It is also smaller but has the same 21:9 aspect ratio. This one features a 6.0″ IPS LCD display, with Full HD+ resolution. The rear cameras on the back are also a primary lens and a simple depth sensor of 13 MP and 5 MP. The front camera, however, is still 8 MP. 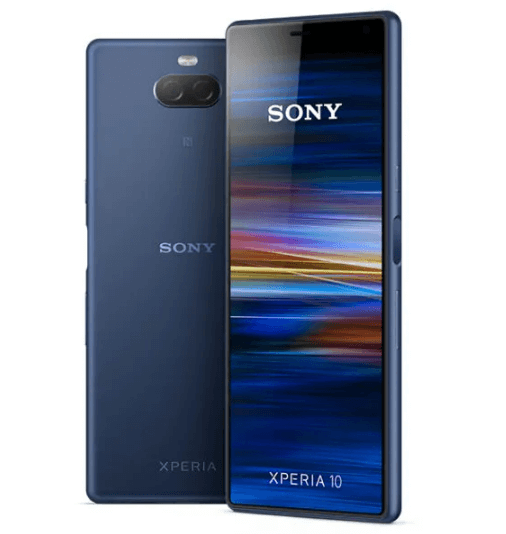 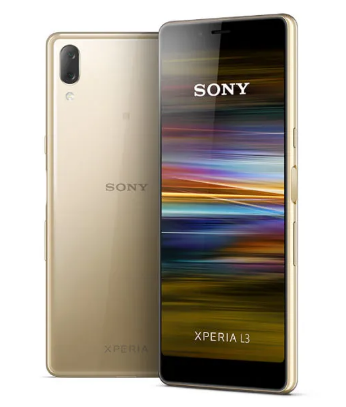 Lastly, there’s the entry-level phone, which failed to grab much attention. But this one is a successor the Xperia L2, and still shows more promise than previous Xperia L-devices. This phone has got all the makings of a budget phone. It has a 5.7″ screen with only HD+ resolution, 18:9 aspect ratio and very entry-level cameras. It also comes with 3 GB  RAM and 32 GB storage. But the expandable storage option stays. Yet, it still has the side-mounted fingerprint sensor.

The prices for these phones are yet to be revealed. But the availability date is out there. The flagship Xperia 1 is set to launch only at the end of May, whereas the Xperia 10 and 10 Plus will be available for purchase after March 18th. There is no such information about the Xperia L3. But it seems to be available already in selected markets.