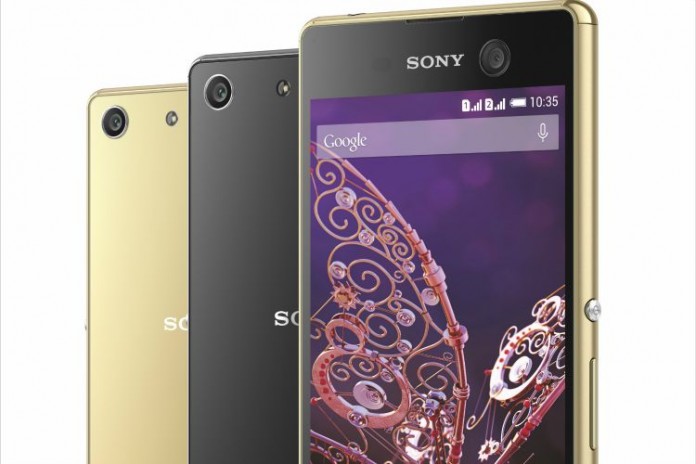 The M-series of Sony smartphones used to be one of the best-selling mid-tier smartphones in Nepal, but that has changed drastically in recent years because of the dominance of Chinese and Indian handsets. Recently launched Sony Xperia M5 is no longer a mid-tier phone and comes with premium specs and build, not to forget its hefty price tag.

The Xperia M5 was announced in August of 2015 and you can buy it here in Nepal for Rs. 46,500 from official Sony stores. Talking about the handset, the Xperia M5 sports a 5-inch display with a resolution of 1920×1080 pixels. It is powered by MediaTek’s latest SoC Helio X10 that has 8 cortex A53 cores running at 2.2Ghz Frequency. The phone comes with 3GB of RAM and 16GB of inbuilt storage expandable via microSD card upto 128GB. In terms of camera, the Xperia M5 has 21.5MP rear camera that can shoot videos in 4K. The M5 camera uses a hybrid auto-focus system to bring focusing time down to a mere quarter of a second. It has a f/2.2 lens and can do up to ISO 3200. It also supports 5x zoom with no perceptible loss in quality and 4K video recording. The Xperia M5 is also a selfie lover dream phone with its 13-megapixel front camera. Xperia M5 Vs the Competition

The biggest letdown of the Xperia M5 is its processor. The Helio X10 performs well during multitasking as it has 8 cores to work with. However, the low performing Cortex A53 cores don’t live upto the expectation while playing high-end games and recording 4K videos. At similar prices, one can get a One Plus two and LG G4–both equipped with a better system on a chip.

However, with the Xperia M5 you get the premium design and build quality. It has the metal and glass build which is one of the best in class. Moreover, the phone is IP65/68 rated, which is it is water and dust proof. The Xperia M5 also comes with a dual SIM functionality and microSD expansion which most of the high-end phones these days don’t include. So ,what do you think of the Xperia M5? Is it a good buy for Rs.46,500? Give your thoughts in the comment below.