Talking about the smartphones first, the Sony Xperia X features a seamless metallic back with a 5.0-inch 1080p IPS LCD display. The device houses Hexa-core Qualcomm Snapdragon 650 processor. This is paired with 3GB of RAM and 64GB of internal memory. There is an option to expand this onboard storage via a microSD card. The Xperia X runs on Android 6.0.1 Marshmallow, and Sony has already confirmed that it will receive Nougat update. This device features a 23-megapixel primary shooter and a 13-megapixel secondary shooter. It, however, is powered by a meager 2,620 mAh battery. 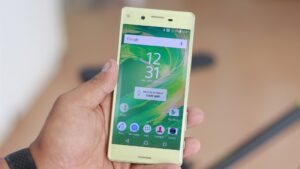 On the other hand, the Sony Xperia XA Ultra is a giant device featuring a 6.0-inch display. The huge 1080p IPS LCD display certainly makes up for a great multimedia and gaming experience in the device. Under the hood, the Xperia XA Ultra is powered by an Octa-core MediaTek MT6755 Helio P10 processor which is coupled with 3GB of RAM and 16GB of onboard storage. Yes, it doesn’t come with an ample internal storage but there is at least an inclusion of a microSD card slot. Camera wise, the device is equipped with a 21.5-megapixel rear-facing camera with f/2.2 aperture and a 16-megapixel front-facing shooter with f/2.0 aperture. Like the Xperia X, the Xperia XA Ultra will also receive the Nougat update in the near future. A non-removable 2,700 mAh battery runs the device. 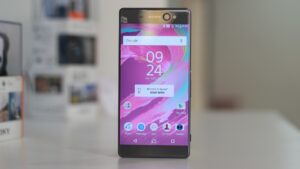 Sony Xperia X in a nutshell: