Sony has ironically been the first and last when it comes to jumping on new smartphone display technologies. Take for instance that 4k display on the Sony Xperia Z5 Premium, a first for smartphones. Then they greet you with their first 18:9 display on smartphones, a whole one year late to the party. Although that is the past, the first Sony smartphone with a 2k display still remains fresh. As for now, rumors of the Sony Xperia XZ4 has come up and it features a whopping 21:9 ratio display.

A 21:9 display on a smartphone isn’t something new, but Sony seems to be the first mainstream smartphone to do so. Leaked specs include a 6.5-inch panel stretched out over 166.9mm in height. You can watch the video below for an idea on exactly how it will feel to watch a movie on this said smartphone. The video was uploaded by Ice Universe, which is said to be a very reputable “leakster”. The leakster has also recently leaked some of the important details of the Samsung Galaxy S10.

The display isn’t really that tall, sizing at about the same display real estate as an iPhone XS Max vertically. But when the width comes into play, it just changes the whole perspective. One of the very possible uses of this display could be watching movies that were created in this aspect ratio, which is most of them. Apart from that, this display will offer very little functionality when it comes to real life usage.

That is all we are going to talk about displays for now, as the phone is said to launch with an impressive set of internals. The first of which is the inclusion of a Snapdragon 855 chipset with 6GB of RAM. Speculations of its internal storage show 64GB or 256GB, very specific. As for cameras, the back will feature a 1/2.3″ sensor with OIS and a single wide-angle sensor at the front. 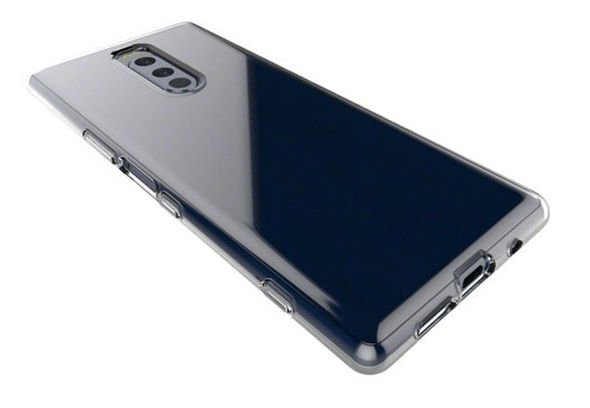 Finally, the battery life is reported to be a 3,900mAh unit and will boot on Android Pie with Sony’s own UI on top. As for the launch of the Xperia ZX4, Sony might hold an event in the CES in January. If that doesn’t pan out, we will likely see it launch at the MWC in February.