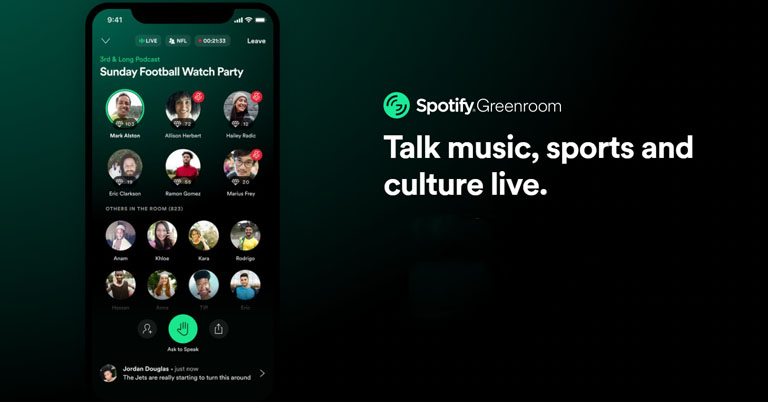 Clubhouse is the talk of the town right now. This audio drop-in app has been a hot topic ever since its iOS-exclusive introduction last year. And its popularity shows no sign of going down, so much so that other social media platforms are rushing in to integrate similar features. Yesterday, Spotify launched Greenroom – its version of Clubhouse.

Greenroom is a separate app from Spotify, where you can participate in live discussions about music, artists, and topic of your choice. It is available for both Android and iOS users.

The concept of Greenroom is not far off from that of Clubhouse. There are virtual rooms with people that share your topics of interest. You can browse through the rooms, join one, and participate in live conversations. You can even add upcoming sessions in the calendar, just like in Clubhouse. However, the app inherits the green and black color scheme from Spotify. It has been promoted as a platform for fans to connect with their favorite artists and athletes. The topics are also centered on the two domains.

That’s because the app was originally developed by Betty Labs, a company that Spotify acquired in June. Betty Labs is the company behind “Locker Room”, which is an audio-focused platform for sports fans. Spotify has taken the app, changed its appearance by a bit, and extended the capabilities to include music-related content. In Spotify’s defense, they have introduced some features yet not available in Clubhouse. To start with, Greenroom will be recording each live session for content moderation. The company will be removing content that promotes hate speech, violence, harassment, among others. You can even report rooms and block users.

Upon request, Spotify will also provide a copy of the session to speakers, which they can then edit and turn into a podcast. Not to forget Spotify’s recommendation system, which is among the best of any streaming platform. It should add to the user’s experience of Greenroom.

In the future, Spotify has promised that Greenroom will have programmed content related to music, culture, and other fields of entertainment. 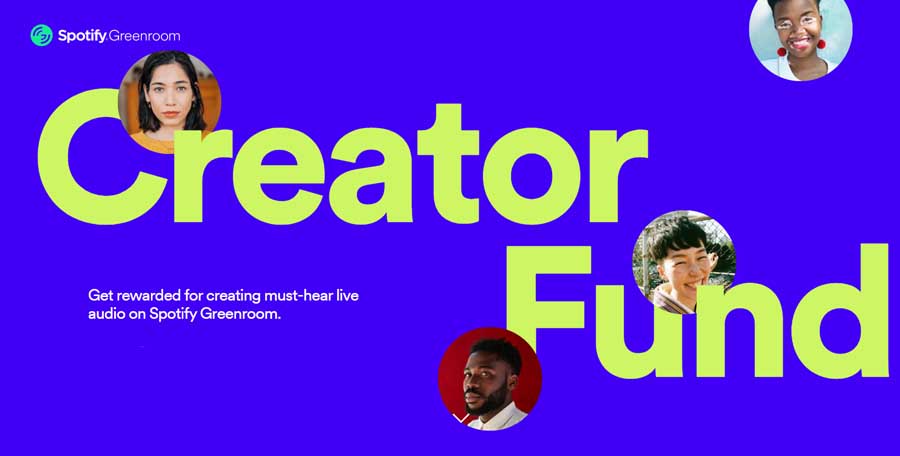 While there is no option for monetization at the moment, there will be in the future. Spotify has already announced Creator Fund, which will generate revenue for creators down the line. It will open later in the summer.

Spotify is not the only company taking inspiration from Clubhouse. Remember how Facebook, Instagram, and YouTube all jumped to the short-video bandwagon because of TikTok’s growing popularity? It’s the same story all over again.

Twitter has already rolled out “Spaces” for live audio conversations while Facebook is currently testing Live Audio Rooms. Other companies like LinkedIn, Slack, Discord and even Reddit are working to integrate live audio features into their platform.

According to Appmagic, Greenroom has already been downloaded over 18 million times. Even in Nepal, it currently tops the Free Social App category in the Google Play Store charts.