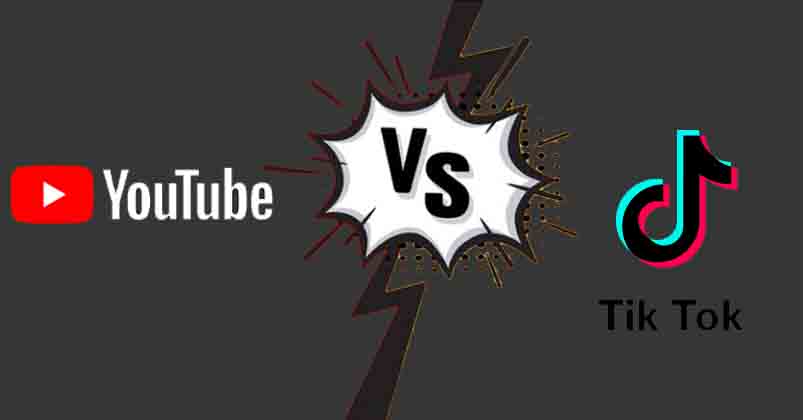 Remember the YouTube vs TikTok controversy? It was among the most talked-about topics in South Asia a few weeks ago. It showcased the differences between fans of these popular video sharing platform. Who would have thought back then that one of the two platforms would try to bridge the gap between them? YouTube has announced that it is experimenting with a new Short Video feature that will allow users to record videos of up to 15 seconds. Let’s learn more about this new TikTok-inspired feature of YouTube.

Love it or hate it, you can’t deny TikTok is all the buzz right now. This short video sharing platform has taken the world by surprise since its initial release in 2016. Over the years, it has been successful in creating a wider global audience. Businesses, marketers, and advertisers can’t ignore the growing fame of the app. Recently, ByteDance released TikTok For Business with the tagline ‘Don’t make Ads, Make TikTok’. And the app’s success has been too big to ignore even for established social media platforms like Facebook and Instagram. The two companies are working on their own short video sharing platforms –  Lasso and Reels, respectively. And now, YouTube has jumped in too with its own short video recording feature.

YouTube has not given any name to its latest TikTok-inspired feature. In YouTube’s official statement, it is stated that “it’s a new way for creators to easily record multiple clips and upload it as one video”. YouTube will add a “Create a Video” option in the mobile upload flow. A tap is all you need to start recording. A second tap will pause the recording. Similarly, one can even tap and hold to start recording. Releasing the button would pause the recording. This process can be repeated until a 15 seconds video has been recorded. If you wish to upload a video with a longer duration, you will have to manually upload the video from the gallery.

Needless to say, it’s an attempt by YouTube to lure users from TikTok to its platform. However, TikTok isn’t just about recording and sharing fifteen seconds of videos. YouTube will have to bring in filters, music, effects, and other editing tools if it is serious about engaging TikTok’s audience. We will also see how YouTube manages to include these videos within its feed. It has been clear that these videos won’t be part of YouTube Stories.

The Short Video Feature is available for a limited group of creators across both iOS and Android platforms. It’s a part of the preliminary test. YouTube is also working on tools to allow users to discover such videos.