In this review, I will be sharing my experience with the Symphony Z40. But before that, let me familiarize you with the brand (if you aren’t already). You may not have heard about Symphony, but it is one of the largest smartphone brands in our neighboring country of Bangladesh.

Symphony started its journey as a bar phone manufacturer and then jumped to entry-level budget smartphones. Last year, the company expanded to Nepal as well with three budget devices. Among them all, I have been testing the Z40 for quite some time now. To note, it is the most powerful phone in Symphony Nepal’s portfolio.

Starting with the design, the phone is available in three colors: Dazzling Blue, Delightful Green, and Jolly Blue. For this review, we got ourselves the Dazzling Blue variant of Symphony Z40. Its body and frame are both made out of plastic. The latter has been curved for a better grip.

Also, the rear panel is corrugated with a sun ray-like pattern. It is divided into two unequal parts by a line running behind the camera bump. The back also houses the physical fingerprint scanner, whose speed is in line with what we get on devices of this price point.

Similarly, the power and volume buttons are on the right side, while a dedicated Google Assistant button resides on the opposite frame. The top frame is clean, and most of the ports are at the bottom. All in all, the Symphony Z40 is like most other budget phones out there in terms of its design. Its radiating design and relatively bulky form factor are reminiscent of Xiaomi’s Redmi lineup of entry-level phones.

Moving on, Symphony Z40 features a 6.55-inch HD+ display with 1600 x 720 pixels. The screen is surrounded by thick bezels. In addition, there is a left-aligned punch-hole cutout that could get distracting at times. Also, its diameter is quite large compared to what we’re used to on other budget or mid-range phones. Anyway, despite the lower resolution, the contents look quite sharp here. And you will only notice jaggedness if you pixel peep. In addition, Z40’s color reproduction and viewing angle are fine. On the other hand, it thoroughly struggles with outdoor visibility. But that is to be expected with such budget phones.

Regardless, I would have liked Symphony Z40’s screen more had it supported HD streaming on Netflix and other streaming platforms. Right now, that’s not possible here as it only has Widevine L3 certification for sub-540p streaming. This could technically be fixed with a software update but I highly doubt Symphony, of all companies, will roll an update bringing support for Widevine L1.

Under the hood, the Symphony Z40 packs a MediaTek Helio G35 chipset. It’s an entry-level SoC with two clusters of 4x Cortex-A53 CPU cores clocked at 1.8GHz and 2.3GHz. Handling the graphics is PowerVR GE8320.

This silicon has been paired with either 3/4GB of RAM and 32/64GB of eMMC 5.1 storage. The latter is expandable up to 128GB using an external MicroSD card as well. Here, our review unit of Symphony Z40 is of the 4/64GB configuration. 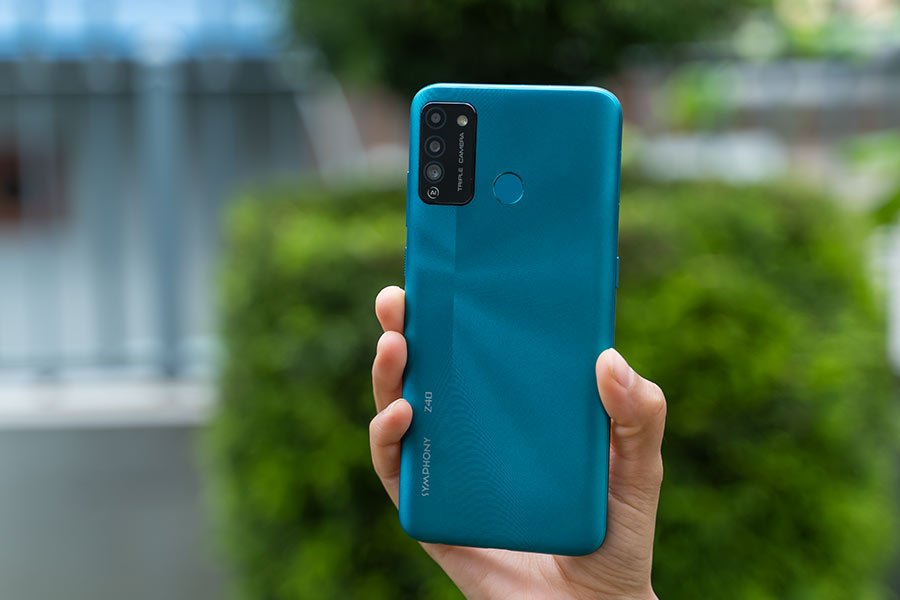 As expected, this combination can’t handle heavy multitasking. However, you can use social media apps, enjoy music and videos, and even play games under controlled settings without any major hiccup. That being said, be prepared to tolerate delays between opening apps, and even a few crashes here and there.

Getting to gaming, PUBG Mobile maxes out at Balanced graphics and Medium frame rate. After just 15 minutes of Team Deathmatch, the CPU temperature rose to 40ºC from 33º (monitored using CPU Monitor app). Also, the gameplay starts as playable but becomes more sluggish over time—suggesting performance throttling.

Thus, it is clear that Symphony Z40 is not made for heavy gaming. Then again, which budget phone is? On the other hand, you can play light games fairly smoothly here. I tried Piano Tiles 3 and faced no issues even with the touch response.

Getting to UI, Symphony Z40 ships with Android 10 out-of-the-box. You will find some games and bloatware pre-installed on the phone. The good thing is that you can uninstall most of them. However, you can’t get rid of Google’s suite of apps, Facebook, and My Symphony app. The UI is also ad-free, in case you were wondering. 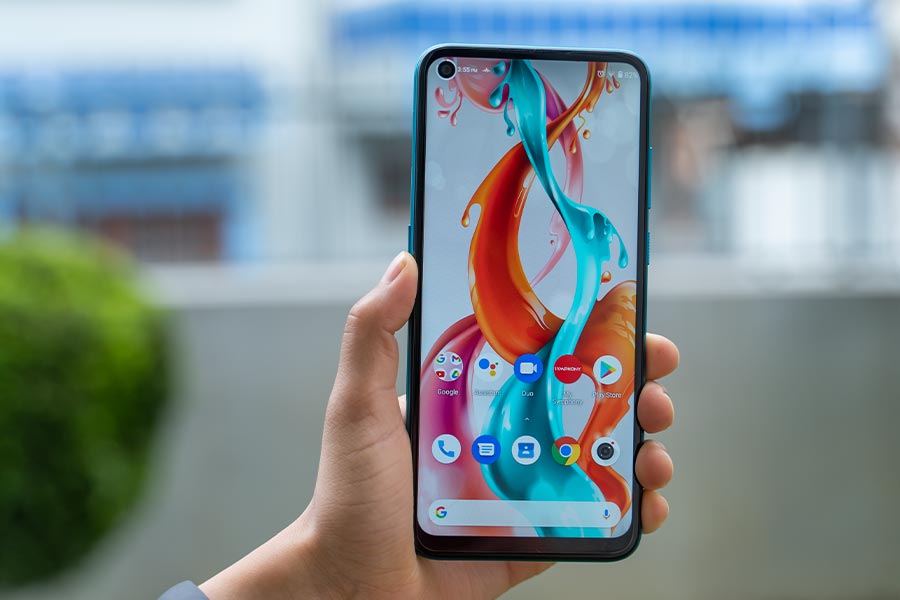 The company has added a couple of neat customization features too. First, you can add a circular battery indicator around the aforementioned camera cutout. Second, you can change the color accent of the UI elements from display settings.

You can even re-configure the Goggle Assistant button to launch a shortcut of your choice. At the time of writing this review, our unit of Symphony Z40 was still on January’s security patch while there’s no word on the Android 11 update either. So, it is safe to assume that the phone will receive little-to-no future software support.

Okay, let’s talk about the cameras now. The rectangular camera bump at the back of the phone has enough room for three camera sensors, the first of which is a 13MP primary camera. Accompanying it is a 5MP ultra-wide and a 2MP depth sensor.

As you can see from these photos, the primary sensor struggles with maintaining exposure. The skies are blown out.

Similarly, they also come out a bit dark.

Turning on the HDR mode helps a bit. HDR images are a bit brighter and, in some cases, better exposed, too.

Likewise, photos from the 5MP ultrawide camera aren’t any good either.

The pictures have blown-out backgrounds and little detail.

Regardless, the portrait photos have decent edge detection, though it is not perfect around hairs.

It has a hard time dealing with exposure, and turning on the portrait mode makes the situation worse.

Moving on, Symphony Z40 features a massive 5,000mAh battery which charges over a Type-C port. A 10W charger is included in the box too. On average, the phone provided around 5 hours of screen-on time during my usage. The onboard charger takes an excess of 3 hours to juice it up from 0 to 100%. 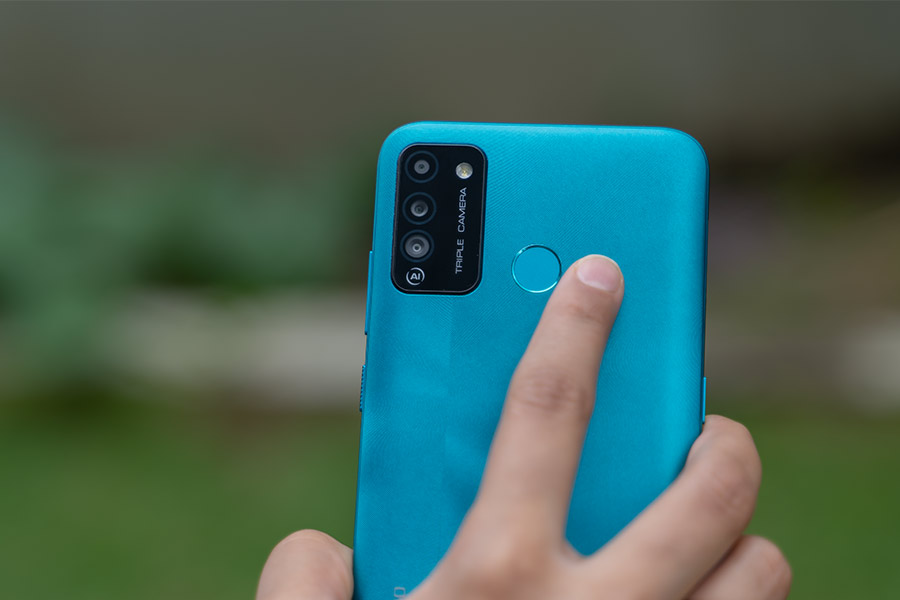 For audio, the phone has a bottom-firing single speaker. It can get loud enough but does not stand out much. There’s also a 3.5mm headphone jack for wired connection.

To sum it up, the Symphony Z40 has all the recipes for a decent entry-level phone. This includes a good screen, a fairly powerful processor, a clean UI, and all-day battery life. Still, I would love to see Symphony optimize the camera and thermals. As it stands, it is an average performing budget phone with a sturdy design, clean ad-free UI, and adequate storage.